Wendy Gritter is the featured speaker for the weconnect Women’s Retreat at the Gay Christian Network 2015 conference.

I asked Wendy to discuss both her work with New Direction Ministries, where she serves as Executive Director, and her book, Generous Spaciousness: Responding to Gay Christians in the Church, and she kindly consented. Today I’ll provide an introduction, and the interview post itself will follow separately.

Wendy grew up in the context of the Christian Reformed Church and completed her M.Div. at Tyndale Seminary (an interdenominational seminary in Toronto) in 1999.  She started work on her D.Min. at Knox College, Toronto School of Theology, in 2012. Her thesis, which she expects to defend in the spring of 2015, focuses on a concept she terms “generous spaciousness.”

In 2002, when Wendy first became involved in New Direction Ministries, the organization was a part of Exodus International, a non-profit, interdenominational network of “ex-gay” Christian ministries.  Exodus and participating organizations held the position that homosexuality was sinful and, via reparative therapy, people could rid themselves of unwanted same-sex attraction. Exodus has since closed, and their founder and director, Alan Chambers, issued a public apology to gays and lesbians for what he terms, “years of undue suffering and judgment at the hands of the organization and the Church as a whole.”

In 2007, New Direction left Exodus and, in 2010, adopted an altogether different approach that Gritter describes as the posture of “generous spaciousness.” She wrote about this in her first solo book project, Generous Spaciousness: Responding to Gay Christians in the Church. which was published by Brazos Press in May 2014.

Wendy has been married for 20 years and is mom to “three fantastic teenagers and three fabulous puppies.”

When I first asked Wendy to answer some questions for publication on Where She Is, I was unaware of her connection with Exodus International, and discovered it when I began the research necessary to prepare my questions.

That information stopped me in my tracks.  I believe that Exodus was responsible for doing grave harm to many gay and lesbian people over the years.  Knowing Wendy was in any way associated with that organization was a shock.  I found myself extremely dismayed and no longer interested in completing the interview.

I admit I’m not always inclined to “walk the walk.”  And that bothers me, but I’m not going to hide it from you.

I wrote to a wise friend, and asked for her help in understanding what was really going on with me, and how I should proceed.  She knows the depth of the hurt I felt when I was rejected by my church when I came out.  She knows how difficult it has proved for me to heal that wound.

I am getting hugely triggered.  I am on high alert the whole time I’m reading her blog posts and book.  I’m not finding myself able to extend her ANY grace.  I’m instead looking for clues that she is lying, that she is too blundering and too blind and still is dangerous to LGBT people.

You will find what you are looking for.  Look for anti-gay words and you will be able to parse it out of the most benign statement.

Look for ways to extend grace and opportunities will pop up everywhere.

[Your work leads me to believe that] you are about finding common ground as a place to start a dialogue.

My gut is saying, “What an awesome opportunity for you.”

She is trying to do good.  If the only people who are allowed to change and do good are those who never did anything wrong… Well, we’re all screwed.

I knew what my friend wrote was the truth.  I know how fear and pain can distort what I see and hear and know. I asked the parts of me feeling so triggered and reactive to stand back, and asked the compassionate and inquisitive parts of myself to come forward, and I started reading Wendy’s book again.

It was an important decision— and a healing experience.

After I finished her book and spent some time reflecting on what I had read, I realized that she had chosen a very difficult path.  She is now regarded with suspicion by people on all sides.  Many conservative Christians believe she has been deceived and has departed from the “truth” of the scriptures.  LGBT people like me find it difficult to forgive her involvement with Exodus.  It’s hard to walk the path she terms “generous spaciousness” in a world where we are urged to take sides.

But in the end I understood that Wendy Gritter was a woman who felt called to do what she can to facilitate dialog and healing among God’s people, and she is working hard to embody the radical love, acceptance, and wisdom of Christ/Sophia.

Wendy Gritter will be presenting a workshop on “Generous Spaciousness” on Saturday, January 10, at 4 pm in Session D.  Read more here. 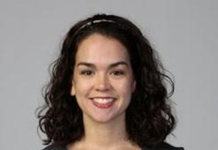