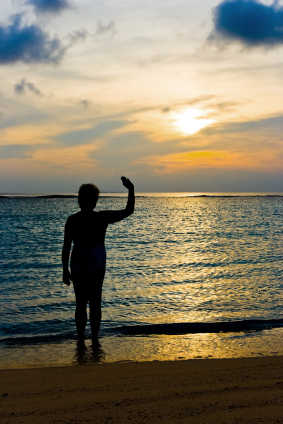 I once read an article in Slate voicing the opinion that people attending parties or other large social gatherings should just leave. No need to feel obligated to interrupt a conversation to say goodbye to the person hosting the event.  Instead, said the article’s author, guests should just “ghost.”

In other words, simply disappear.

But we didn’t want FemFaith to just “ghost” without a goodbye.  Or without saying thank you to all our faithful readers who “listened in” on the intergenerational discussions that Kendra Weddle Irons, Melanie Springer Mock, and I carried on from June 2012 through August 2013.

We had hoped—actually intended—to keep our three-way conversation going.  But once the 2013 academic year got underway, Kendra and Melanie (both professors) found their heavy university teaching schedules, their work on a book they’re writing together, their home and church responsibilities, and keeping up their own popular Ain’t I a Woman blog squeezed out time for FemFaith. And I, for my part, was also feeling pressed for time, overloaded with editing and other responsibilities as content manager for this website, plus dealing with some health issues. The three of us mutually decided it would be best to bring FemFaith to an end. We are doing so regretfully.

But yet, it’s not really an end.  Those of you who are just now discovering the FemFaith discussions can be assured its archives will remain, and the topics of our posts are as relevant today as when we wrote them. We enjoyed taking turns in picking the topics and then writing the lead essays to which the other two of us responded.  All in all, we produced 22 posts.

The media buzz
Sometimes our discussions centered around questions that have come up in the media.  When Sheryl Sandberg’s book, Lean In, came out and new debates erupted over whether or not women could “have it all,” we wrote a FemFaith post on “’Having It All?’ or ’Being It All?’”  When Suzanne Venker, niece of Phyllis Schlafly, stirred up media buzz by declaring that feminism had damaged women so much they were becoming unmarriageable, we published “What Kind of Man Would Want to Marry a Feminist?”  We also challenged television cooking shows with, “The Food Network: A Challenge to Gender Equality?”

Women’s bodies
We talked about beauty standards (such as “Celebrating Women’s Athleticism or Cultural Beauty Ideals” during the Olympics). And we discussed other issues related to women’s bodies as well. When Angelina Jolie had a preventive double mastectomy, which opened up a great deal of media discussion, the three of us talked about “The Female Breast: Our Culture’s Obsession and Ambivalence.”   We also had  a post on “Christians, Contraception, and the Affordable Care Act.”

Social issues and the culture wars
We didn’t shy away from the hotly debated issues that comprised the culture wars.  We had a post titled “Christian Feminists Weigh Pros and Cons of Women in Combat.”  We had a post about a time not so very long ago in U.S. history “When Evangelicals Were Open to Differing Views on Abortion?”  And when the Boy Scouts of America were debating whether the Scouts should be open to gay members, we spoke out our own “Message to the Boy Scouts.”

A year before Sarah Palin’s new book, Good Tidings and Great Joy: Protecting the Heart of Christmas, was published, we had a FemFaith post exposing the phoniness of such calls to battle. Recognizing that other religions also have holidays this time of year does not mean Christianity is being attacked and that “Merry Christmas” must be protected from assaults by “Happy Holidays” greetings.  Our post was called “The War on Christmas: Or, Why Some Christians Really Bother Me This Time of Year.”   We also took a strong stand against the intolerant position of far-right groups that opposed (and warned parents against) a school program designed to help children learn the importance of overlooking differences and instead “Appreciating the Richness of Diverse Relationships.”

The idea and ideals of feminism
Although all our posts were approached from the standpoint of Christian feminism, we  sometimes specifically addressed topics related to feminism as a concept and as a movement.  We asked (and offered some answers) about “Fear, Fairness, and Feminism: Does it Have to Be so Lonely?”  We talked about “Understanding Opposition to Feminism and What We Can Do about It.”  We had a post on “Modeling Christian Feminism, Mentoring Christian Feminists.”  We criticized attitudes that don’t recognize the commonalities women and men share as human beings and urged readers to experience what a difference it makes “When Women Are Companions—Not Objects to Be Consumed and Feared.”  We had a post on dealing with the inner struggles many people face in their own journeys toward feminism.  It was titled, “Standing Firm in My Convictions (Maybe….)”

Gender injustice in everyday living
Sometimes we discussed ordinary everyday life with some of its annoyances and injustices, such as the tendency to expect women, not men, to be the designated ones who shop for, prepare, and bring food to any public meeting that includes snacks or meals. That post  was called, “Creating Learned Helplessness, One Potluck at a Time.”  Another such post was “A Christian at the ‘Final Feminist Frontier’—Housework.”

Religious Issues
Then there were the specifically religious, biblical, and theological topics.   We asked, “Why Have Religions Feared Women’s Brain Power?”  Another question we discussed was, “Is the Bible a Divine Revelation or Human Book—or Both?”  We talked about the patriarchal approach to Christianity and the anxiety many people feel about thinking of our God, who is beyond gender, in female imagery as well as male imagery —and  what it can mean to use female as well as male pronouns for God and to call God Mother.  That post was titled, “Fearing the Feminine or Embracing Our Mother.” We also talked about the dissatisfaction of many members of the younger generation who are leaving churches out of disillusionment with what they find there. We pointed out that many middle-aged and older people might also be looking for something richer, deeper, more challenging in how their faith is presented in many religious institutions. In other words, “It’s Not All About Millennials.”

Add your comments
Even though Melanie, Kendra, and I won’t be posting more discussions like those described, you can still keep the discussions going by adding your own comments  and telling your friends about them.  We’ll keep the comment section open and hope you’ll revisit (or perhaps visit for the first time) the topics listed above.

Saying goodbye is never easy, and we’ll miss writing this blog together.  But we hope you’ll explore the many other features on our website, including some of the other articles and book reviews the three of us have contributed there individually— and hope to continue writing in the years ahead. Thanks to all of you for journeying with us over the past year-and-a-half of FemFaith’s operation. 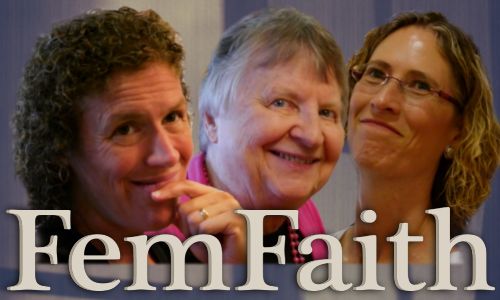 FemFaith is an intergenerational conversation among three Christian feminists: Kendra Weddle, Melanie Springer Mock, and Letha Dawson Scanzoni. The name comes from our desire to be “feminists, faithfully” and to show how our Christian faith and our feminism connect, draw upon, and foster growth in both areas. 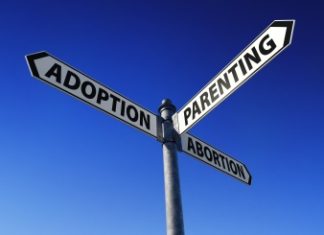 FemFaith Authors - September 6, 2012
"There was a time in the not too distant past when the majority of Protestant Christians, including those who called themselves evangelical, did not consider the point at which a fertilized ovum or developing embryo or fetus becomes a human being to be clearly defined, indisputable, and settled for all time."

A Christian at the “Final Feminist Frontier”—Housework

Understanding Opposition to Feminism and What We Can Do about It

Fearing the Feminine or Embracing Our Mother