Home Book Reviews Abounding in Kindness: Writings for the People of God 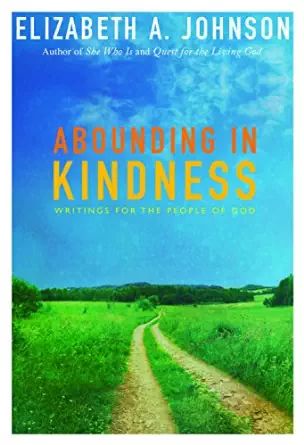 Psalm 103:8 describes the holy as “abounding in kindness,” the fundamental point of Elizabeth Johnson’s eponymous book. This collection of lectures, essays, and popular pieces (most previously published) is a worthy introduction to the work of a prominent Catholic feminist scholar.

Elizabeth A. Johnson is Distinguished Professor of Theology at Fordham University. She is a member of the Sisters of Saint Joseph. She lives and writes in the heart of the Roman Catholic Church, conversing with clerics and dignifying with responses questions that some other feminist theologians have long since left behind. So her defense of Trinitarian theology and her use of creedal formulae to frame her writing are no surprise. That is her faith and she lives it with integrity.

Dr. Johnson’s clear, fluid, accessible writing style opens the heavy lifting of systematic theology to a broad audience. She cites the work of German theologian Karl Rahner as a foundation for her understanding of the divine and of Jesus. While I wish she were more reliant on Ivone Gebara and Rosemary Radford Ruether, her approach to feminist work in religion is to place it in conjunction with the more prominent contours of a primarily male line of thinking. This allows her to maintain a touchstone of orthodoxy. For example, she can discuss the problematic nature of Atonement theory without delving into the details that eventually, in the view of many feminist/womanist colleagues, invite a moratorium on violent symbols and images used religiously.

Here is her summary of what she calls “the biblical data” on the divine:

… the glory of God is a luminous metaphor for the elusive nearness of the ineffable God glimpsed in and through the wondrous process of nature, the history of freedom, and communities where justice and peace prevail (p. 44).

Okay, she is more theologian than pastor, but that is her task, which she carries out with signature thoroughness.

Dr. Johnson expresses a keen respect for the many religious traditions that make up contemporary stories of faith. At the same time, she sees the virtue of her own, something that is often lost sight of in the hail of critiques that feminists rightly, in my view, bring to religion.

She characterizes Catholicism as having three strengths:

The combination of … gospel, community, and spiritual imagination in their particular pattern in the Catholic community provide, I think, a certain light in the darkness and give some warrants for remaining in the church with its mission of sharing faith with others. As these strengths operate, they interact with the sufferings that women bear in their membership, along with the sufferings of men sensitive to this injustice, to become a powerhouse of energy to resist sexism in the name of the deepest truths that we profess (p. 70).

As the excerpt was written in 1993 for the Warren Lecture at the University of Tulsa, Oklahoma, I wonder how she would elaborate on that today, in light of her own experience with institutional Catholic pressures.

Elizabeth Johnson was investigated by the U.S. Catholic Bishops’ Committee on Doctrine for an earlier work, Quest for the Living God: Mapping Frontiers in the Theology of God (NY: Continuum, 2007), that the men said contained “misrepresentations, ambiguities, and errors that bear upon the faith of the Catholic Church” and “contaminates the traditional Catholic understanding of God.” I have written elsewhere about this egregious treatment of an esteemed colleague. Sales of her books soared. Her carefully crafted responses to such patriarchal hysteria were models of restraint in the face of unspeakable harassment.

When considering the source, a committee whose collective theological knowledge might only begin to approach hers, I observe that feminist readers would find much to our taste in the “offending” book, as in this one under review. Rosemary Radford Ruether famously quipped that, if a book has an imprimatur, she knows enough not to put it on her reading pile. So, too, in this contrarian spirit, I can safely recommend Elizabeth Johnson’s collection.

At the same time, I reiterate that some of it was written years ago, raising the inevitable question of how one’s mind might have changed. For example, lesser lights who toady to Vatican powers have put upon Catholic feminist Margaret Farley of Yale Divinity School just as they insulted Elizabeth Johnson, and, indeed, as they have abused Catholic nuns. How one theologizes with integrity in such a community is the perennial challenge for feminists.

Elizabeth Johnson’s marvelous last chapter, “Peace over an Angry Sea,” is a sermon preached in 2002 for her colleagues at Fordham University who had recently lost family members. She quotes Dutch theologian Henri Nouwen, affirming that, just as a trapeze flyer does little while the trapeze catcher does all, so, too, when people die, Christian faith focuses us not simply on the letting go but on a divine catcher. Lovely, I say, and a nice coda to this theological volume.

Some EEWC-CFT readers may find the book a tad parochial, as it is very Catholic-focused. Others feminists may find it a bit tame for their tastes. But the biblical basis will seem familiar and the attempts to demystify that very Catholic Blessed Virgin Mary make it a valuable read.

I wonder if Elizabeth Johnson knows about EEWC-CFT, where, I assume, she would feel right at home. Some outreach is in order and maybe an invite to a conference! 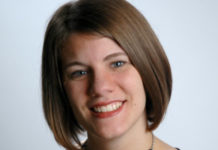 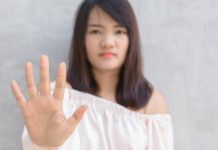