Home About the FemFaith Blog

About the FemFaith Blog 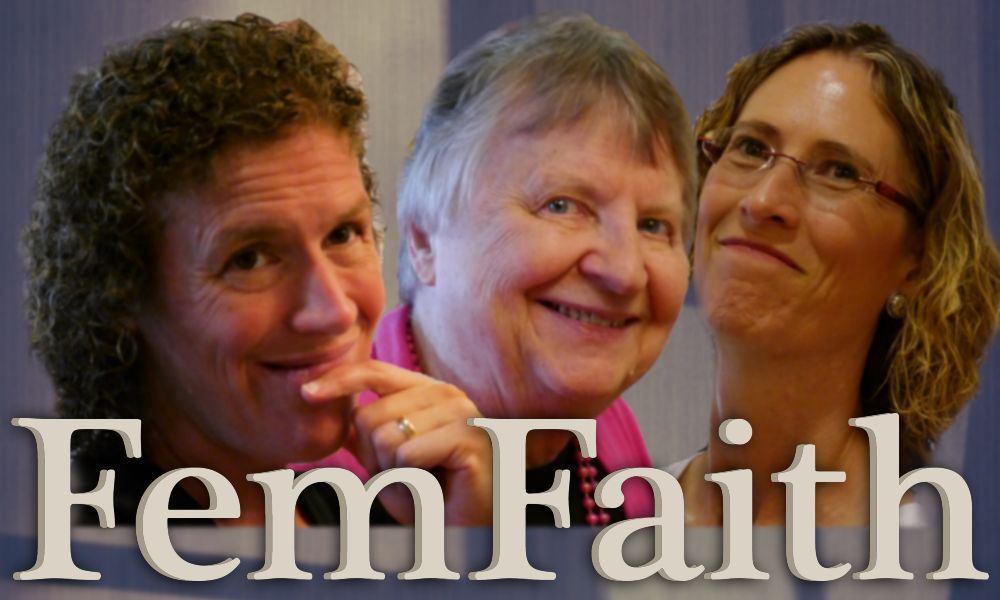 FemFaith is an intergenerational conversation among three Christian feminists: Kendra Weddle, Melanie Springer Mock, and Letha Dawson Scanzoni. The name comes from our desire to be “feminists, faithfully” and to show how our Christian faith and our feminism connect, draw upon, and foster growth in both areas.   In the picture above, Melanie is on the left, Letha (center), and Kendra (right).

Kendra Weddle teaches religion at Texas Wesleyan University in Fort Worth. Before that she taught religious studies for six years at George Fox University in Newberg, Oregon. Kendra’s commitment to feminism began in earnest during college, although she says her feminist impulse emerged much earlier when she asked her father to teach her how to drive a tractor! And although she has lived most of her adult life in urban areas of the United States, she continues to maintain a fond interest in all things rural.

Kendra says she has constantly sought to understand how her feminist convictions have both contributed to her Christian faith and challenged it. As a scholar and university professor, her research interests have centered around Christianity in America, women in Christianity, and Methodism. Her first book, Preaching on the Plains: Methodist Women Preachers in Kansas, 1920-1956, was published in 2007 by University Press of America.

In 2015 Kendra co-authored a book, If Eve Only Knew: Freeing Yourself from Biblical Womanhood and Becoming All God Means for You to Be, with Melanie Springer Mock.

Kendra has served on the EEWC-Christian Feminism Today Executive Council. She is coauthor of the blog, Ain’t I a Woman: De/Constructing Christian Images, also with Melanie.

“In my spare time,” Kendra writes, “I enjoy playing ball with my dog, reading fiction or memoir, and practicing yoga.” Many of Kendra’s articles and book reviews appear on Christian Feminism Today.

Melanie Springer Mock is a professor of English at George Fox University in Newberg, Oregon. She is also a mom with two teen sons and two grown stepchildren, one of whom recently made Melanie a young grandmother. A prolific author, Melanie’s essays have appeared in Christian Feminism Today, Adoptive Families, Mennonite Weekly review, the Chronicle of Higher Education; Brain, Child; Literary Mama; and the Oregonian, among other places.

In 2003, Cascadia Publishing House published her book, Writing Peace: The Unheard Voices of Great War Mennonite Objectors. And in 2011, Barclay Press published Just Moms: Conveying Justice in an Unjust World, a collection that Melanie co-edited with Rebekah D. Schneiter. In 2015 Melanie co-authored the book, If Eve Only Knew: Freeing Yourself from Biblical Womanhood and Becoming All God Means for You to Be, with Kendra Weddle.

Melanie and Kendra are the writing team of the Ain’t I a Woman: De/Constructing Christian Images blog, posting thought-provoking, challenging, funny, and always engaging posts several times a week. Like Kendra, Melanie has served on the EEWC-Christian Feminism Today Executive Council. Among Melanie’s articles on Christian Feminism Today are “God’s Gift of Motherhood Comes in Different Ways” and “Celebrating Title IX as God’s Good Gift.

In addition to writing and teaching, Melanie’s interests include hanging out with her kids, reading good books, watching television, and long-distance running.

Letha Dawson Scanzoni is the “senior” in the group. Previously, she was the “72” half of the 72-27 blog, which she and Kimberly B. George coauthored from July 30, 2008 through November 20, 2011. An article about the blog was featured in the June 2010 issue of Sojourners magazine.

She has authored or coauthored nine books, including All We’re Meant to Be (in 1974, with Nancy Hardesty), which many scholars consider to have played a major part in the launching and spread of biblical feminism. Letha’s earliest writings on gender equality are accessible on her Letha’s Calling blog, beginning with “Woman’s Place: Silence or Service, published by Eternity magazine in 1966.

Letha is the mother of two grown sons and the grandmother three grandsons and two granddaughters. Besides her writing, reading, and browsing the web for interesting links to share, her interests include listening to news and analysis programs shows on public radio, enjoying various styles of music, watching programs on PBS, and viewing independent and foreign movies, whether on DVDs at home or on the big screen — especially through participating in a film discussion group at a neighborhood art theater.

A Christian at the “Final Feminist Frontier”—Housework

Understanding Opposition to Feminism and What We Can Do about It

Fearing the Feminine or Embracing Our Mother

The Female Breast: Our Culture’s Obsession and Ambivalence

The Food Network: A Challenge to Gender Equality?

It’s Not All About Millennials!

Christian Feminists Weigh Pros and Cons of Women in Combat