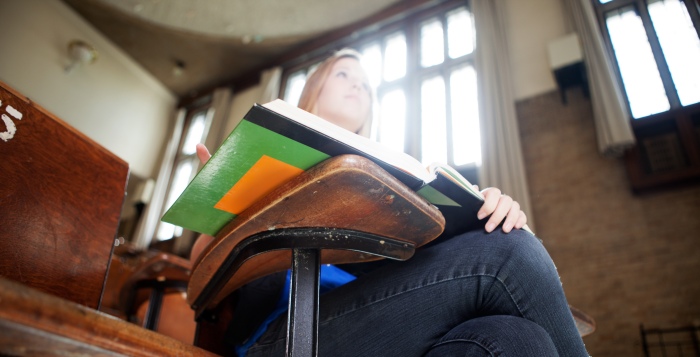 It took me a moment to realize that the student who had just spoken thought that Islam was the name of a country. The college seniors in my COMM 460 course, Texts of Truth, had already learned about the sacred books of Judaism and the Christian New Testament, and now we were covering the Muslim Qur’an.  “It’s the nation of Islam,” the student said, “but I’m not sure where it is on a map.  Somewhere in the Middle East.”

While I groped to explain the relationship between Louis Farrakhan’s organization and the more than one billion orthodox followers of the Prophet Muhammad across the globe, I was reminded again of just how little most of us know about each other’s religious beliefs.

As a professor at Southern Oregon University, my everyday life is populated by students struggling to understand their own religious beliefs and exploring the diversity of beliefs around them. The student who thought Islam was a country was not alone in her need for broader knowledge. Another student was astonished to learn that the Hebrew Bible and the Christian Old Testament are largely the same book. And still another had never heard that Muslims worship the same God as Christians and Jews, an educational lacuna even more disturbing after the events of September 11, 2001.

It is no wonder there is so much to learn as our world keeps shrinking, and we cannot help but become more aware of other cultures and faiths. Yet opportunities for learning about them in the classroom are limited. Our faculty includes one philosopher of religion and a sociologist who studies the religious demographics of the Pacific Northwest, but Southern Oregon University is not large enough to support a religious studies department. Thus, some students turn to my course, “Texts of Truth: Rhetorical Approaches to the Interpretation of Sacred Texts,” where the underlying question has become, What is the place of belief in state-funded higher education?

The fact that most Americans know little about religious belief systems not our own is a tragedy with global implications, but it is equally tragic that many of us don’t seem to understand even the beliefs we ourselves claim to hold. Religious beliefs are only as strong as our understandings of why we accept them as true; yet we know all too little about the history of our own belief systems. Higher education — especially state-sponsored, public higher education — can offer the union of belief and rationality: a space where beliefs can be considered in historical and cultural context, and where students learn to critically evaluate religious claims as consumers of the world marketplace of religion.

My graduate training was in the rhetoric of religion. Students enter my classes carrying the derogatory connotation of rhetoric as the flowery, empty words of politics. I introduce them to the rich ancient tradition of rhetoric, Aristotle’s examination of human persuasion that became one of the foundations of classical humanities studies. In the Texts of Truth class we do not try to determine which religious beliefs are “true,” but we do study how people communicate their beliefs to others. We do not ask which sacred texts are “right,” but we do try to answer questions about how humans persuade each other to believe in one interpretation of a sacred text over another.

Students have generally responded enthusiastically to this rhetorical exploration of religious beliefs. When they choose their own research projects, they often move beyond the three traditions of our necessarily limited syllabus to inform their classmates about the Buddhist Dhammapada, the Zoroastrian Avesta, and the Hindu Bhagavad Gita. Rarely before have any of them thought to apply the research skills and theoretical approaches from their college education to the topic of religion; but once they do, their hunger to learn about beliefs they were never exposed to in their synagogues, churches, and mosques only increases.

Invariably the questions in the class turn personal. I hesitate to tell them what I believe, mindful of the inherent power difference in the professor-student relationship and my location in a state-sponsored school. My solution has been to introduce them to my religious beliefs inductively. Initially, they read selections from Kenneth Burke’s rhetorical theory of dramatism, which emphasizes that peace begins with identifying the humanity one has in common with an opponent rather than turning him or her into an objectified enemy. Burke reminds the students that those who disagree with their religious beliefs are people of good will trying to do the right thing, just as they are.

Then I assign a scholarly article introducing biblical feminist hermeneutic strategies written by rhetorician Jeffrey Bineham. So dominant have been the voices of the Religious Right that most students have never heard of these theologically and socially progressive beliefs. Again, I stress that those who disagree in the debate over the role of women and gay people in the church are not evil, but humans with genuine good intentions based on different approaches to interpreting the Bible. Only then do I reveal myself as part of the leadership of the Evangelical and Ecumenical Women’s Caucus. Occasionally my carefully-couched admission is less than surprising to some web-savvy students, who laugh, “Oh yeah, I Googled you weeks ago.”

It is important to me that I admit to my class that belief is not static. If it is arrived at through informed examination, belief is necessarily a work in progress, and my own religious convictions are no exception. The more widely I read, the more complex my beliefs become. That is not to say that rationality and belief are antithetical; another goal I have adopted for my course is to challenge the dichotomy between the academy’s knowledge of the mind and religion’s belief of the heart. Alongside the students of my Texts of Truth class, I am a fellow explorer into the historical, cultural, and rhetorical depths of human belief. The alternative is searching for the “nation of Islam” on a map. 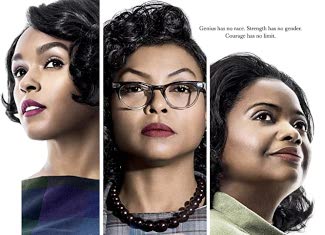 Rev. Dr. Christy Gunter
"These women deserve to be at the very top of their organization due to their intelligence, fortitude, brilliance, and internal power. But instead, they live in a world that forces them to fight for their positions in a place stained with institutional racism."

Rejecting Patriarchy to Transform the Workplace