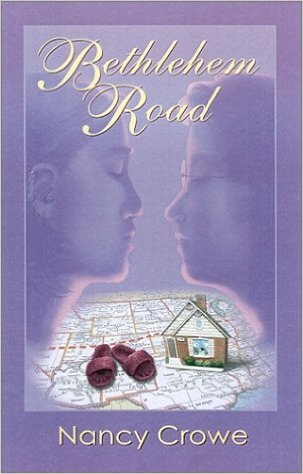 If Nancy Crowe is not already a member of EEWC, she would make a most welcome addition. Her understanding of the Christian virtues is similar to ours: for instance, she shows that it is not as important whom you love as that you love, and that the loving is sincere and mutually supportive. Her approach to Scripture is also similar: the Bible can mean differently to members of various interpretive communities, but context makes a huge difference, and anything interpreted lovelessly leads to pain and suffering for everyone concerned. Ordinary people can grasp basic biblical principles, and life’s anguish will teach them to any open-minded person who lives long enough.

That all this theological sophistication is packaged in a well-written first novel about a lesbian relationship, by a lesbian author, and published by a lesbian feminist press, comes as a delightful surprise. After all, the protagonist of Bethlehem Road is like many lesbians who have encountered hypocrisy and hostility among Christians. By the time Ruth has become comfortable in San Francisco’s social and political scene, she has made the rather typical decision “never again to have anything to do with organized religion.” Like the reasoning of many lesbians, Ruth’s goes beyond dislike of individual hypocrisy to pinpoint a more corporate discontinuity: “Maybe there were a few isolated places on the planet where you could sing, in a room full of people, about God’s love and know that there would be no qualifiers or conditions tacked on down the line, but she doubted it.” It seems miraculous that knowing all this to be true, Nancy Crowe could write such a spiritually reconciling novel, and that Odd Girls Press would be able to recognize and promote its skillful artistry.

The novel describes a clash of values symbolized by the contrast between San Francisco and the tiny town of New Bethlehem, Indiana. But the deeper contrast occurs between people who confuse traditional culture with eternal verity and people whose life experience has forced them to learn a more nuanced understanding of The Way Things Are.

The characters’ names (Ruth, Naomi, Dr. Boaz) and the four sections of the novel (Sojourn, Gleaning, The Threshing Floor, The Gate) ask us to read Bethlehem Road as a modern reworking of the Book of Ruth, but there are significant departures from the ancient short story. (For instance, it is not to Naomi, but to Dr. Belinda Boaz, that Ruth utters the famous pledge, “Wherever you go, I will go.”) But Naomi is indeed bitter as she returns to her Indiana home town ten years after leaving for San Francisco with her husband and two daughters, one of whom had been the partner of Ruth; and like her biblical namesake she undervalues Ruth’s kindness in accompanying her on the long drive. But the deepest similarity to the Old Testament narrative is this: Bethlehem Road describes an outsider who becomes an insider, not without hardship and some determined plotting and planning. Along the way there is considerable help from the Rev. Jim Foster, who knows that kindness counts and who enjoys preaching about biblical imagery of God as female.

After living my life as an evangelical lesbian and a liberation theologian, I can testify that Nancy Crowe has depicted lesbian experience with great accuracy. Many of the lesbians I know could tell stories that are similar to Ruth’s experiences. For instance, I smiled ruefully at Lula’s refusal to believe that the women-friends in Fried Green Tomatoes at the Whistle Stop Café were also lovers. (“This is a perfectly nice story,” Lula declares at the local book club discussion. “I just don’t believe the author would put a nasty thing like that in there.”) Similarly, one of my colleagues in inter-religious dialogue resolutely refused to believe that Shug and Celie were lovers in The Color Purple — even when I pointed out to her that in a subsequent novel, Walker depicted them as having lived together for many years.

Never mind all that: as one finds out in Bethlehem Road, people have their own reasons for refusing to see what they are looking at, and also for hating those they hate. A high official at my alma mater, fundamentalist Bob Jones University, once wrote that I am a “devil” and suggested that “it would not be unfit to pray for [my] destruction.” Nevertheless, I hope that the more centrist Louisville Seminary is proud of its graduate Nancy Crowe for embodying a liberating theological perspective in a readable, attractive novel. It is every inch as good as Isobel Miller’s lesbian classic Patience and Sarah. And as a fan of Alice Walker, Dorothy Sayers, Iris Murdoch, and Laurie R. King, I am always happy to find another woman who writes good fiction with strongly theological overtones. Nancy Crowe, here’s hoping you have another novel in the works!

More information about Nancy Crow’s book may be found on Amazon.com.