Home Reta's Reflections The Bible and Same-Sex Relationships: Some Resources

Thus far in our series on biblical interpretation, we have focused on two major issues. The first dealt with overarching methods of interpretation and showed how different methods lead to different conclusions about the meaning of various scripture passages. Included in this assessment was a critique of biblical inerrancy as being unrealistic in its insistence that all scripture is accurate in matters of both faith and science. The second issue concerned the Bible’s relationship to present-day feminism and different ways Christian feminists handle texts written long ago in patriarchal cultures.

But from now on, my main concern will be the Bible and LGBTQ issues, simply because of the continuing dissension within the Christian church and its various denominations. I do not claim to have a definitive answer to all the questions that have been raised, but here in a nutshell is the concern I want to address:

Probably most members of Christian Feminism Today and readers of our website would hold a more progressive position that accepts LGBTQ persons on the same basis as everyone else. We have dealt with this issue for many years and are comfortable with what we believe. Some of us pay more attention to the Bible, or take it more seriously than others, but I assume that all of us believe that people who identify as other than heterosexual male or female are loved and accepted by God just as the rest of us are.

I also presume that most of us have relatives and friends, or at least acquaintances or co-workers, who do not share our position or are uneasy with it. If they are practicing Christians, they may base their position on certain biblical texts where it seems clear to them that God created two different genders and that sexual expression between two people of the same gender is sinful and not what God intended.

My concern in this series of lessons is this: how do we discuss this issue with people who hold a traditional view and see that view as more biblically-based than ours? Can we adequately interact with the so-called “clobber-texts” used to condemn same-sex sexual expression (i.e., Genesis 19:1-11; Leviticus 18:22 and 20:13; Romans 1: 24-27; 1 Corinthians 6:9; 1 Timothy 1:10)? How do we respond to traditional views of the creation of male and female in Genesis 1 and 2 and to Jesus’s references to heterosexual marriage? Or do we just ignore these texts and assume that no real dialogue is possible?

Let me be clear about my own position. I strongly support marriage, both heterosexual and homosexual. Making a commitment to one other person to grow into sexual and emotional intimacy with him or her seems far healthier than moving in and out of casual relationships—even when children are not involved. As I see it, for someone who supports LGBTQ people, this is the most conservative position (apart from celibacy) and a potential place of agreement. (I have been challenged at times in the past by persons, usually men, from mainline churches who were surprised that I did not support their view or practice of casual sex.)

Out of many options, there are several books and essays I will especially refer to—mainly because they have either been referred to me and/or I have found them helpful over the years. 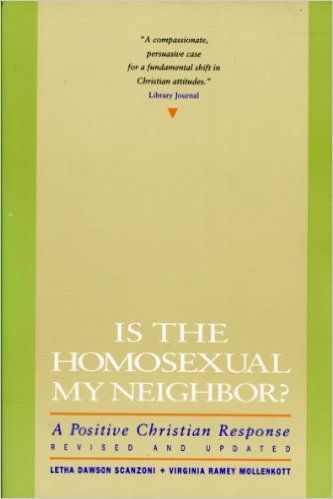 Is the Homosexual My Neighbor? A Positive Christian View, by Letha Scanzoni and Virginia Mollenkott (Harper and Row, 1978; 2nd ed., 1994). Perhaps this was the earliest evangelical volume to say yes to this question in 1978. In their 1994 revised edition, Scanzoni and Mollenkott greatly expanded their chapter on the Bible, including valuable insights from Jewish ancient and modern writings. Both members of EEWC-CFT, these authors are not trained as biblical scholars but are professional writers who understand how literature works and the need for interpretation. 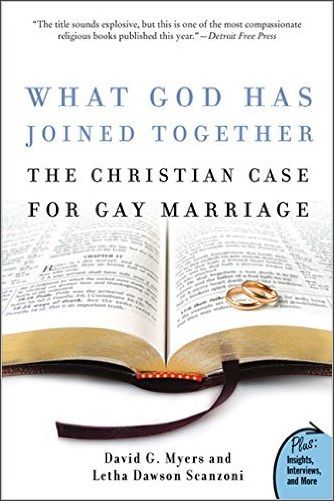 What God Has Joined Together: A Christian Case for Gay Marriage, by David G. Myers and Letha Dawson Scanzoni (HarperSanFrancisco, 2005). This book includes additional readable and helpful material on “what the Bible does and doesn’t say” on this topic. Coauthor Myers is a psychologist.

Homosexuality, Science, and the “Plain Sense” of Scripture, edited by David L. Balch. Eerdmans, 2000. This collection of essays by biblical scholars ranges from negative to positive views on same-sex sexuality. I have been especially helped by two in particular which provide detailed cultural and historical backgrounds for texts referring to sex between persons of the same gender. David E. Fredrickson wrote “Natural and Unnatural Use in Romans 1:24-27,” pp. 197-222. Fredrickson analyzes these verses in their pagan Roman context to demonstrate how foreign this idolatrous sexual expression is from committed Christian lesbian and gay relationships. 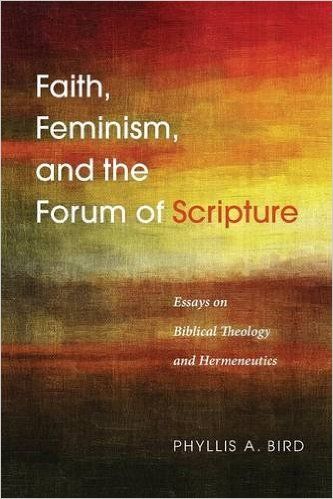 The other essay is by Phyllis Bird, an Old Testament scholar with particular interest in hermeneutics. “The Bible in Christian Ethical Deliberation Concerning Homosexuality: Old Testament Contributions” was first published in the above volume, but was reprinted in a more recent collection of Bird’s writings called Faith, Feminism, and the Forum of Scripture: Essays on Biblical Theology and Hermeneutics (Cascade Books, 2015), pp. 127-162. An outspoken feminist scholar, Bird shows how OT texts relating to same-sex sex also assume patriarchy and male superiority. 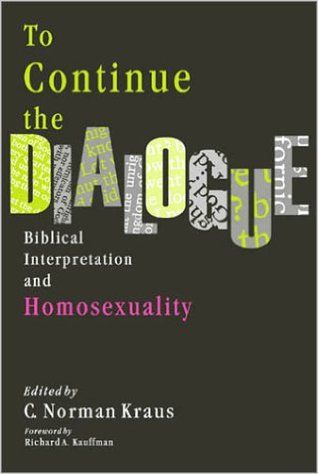 “What Can We Do When We Don’t Agree? Christian Tolerance in Romans 14:1-15:6” by Reta Halteman Finger, in To Continue the Dialogue: Biblical Interpretation and Homosexuality, edited by C. Norman Kraus (Pandora Press, 2001), 209-222. After two intense graduate courses in Paul’s letter to the Romans, I concluded that the structure of this letter demonstrates that Romans 14 is a more helpful resource for getting along when we don’t agree on this controversial topic than is Romans 1. 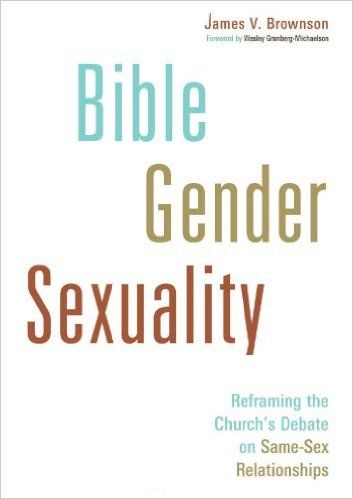 Bible, Gender, Sexuality: Reframing the Church’s Debate on Same-Sex Relationships by James V. Brownson (Eerdmans, 2013). As its title suggests, this is the most comprehensive book I have read on this topic. Same-sex relationships are seen in the larger picture of sexuality as it is understood in the Bible and in the church today. Brownson debates extensively with traditionalists like Robert Gagnon in The Bible and Homosexuality Practice: Texts and Hermeneutics (Abingdon, 2001), highlighting their problems and misreadings. Brownson’s canonical approach and concept of historical development throughout the Bible is especially helpful.

In addition, we should not miss the wealth of material on LGBTQ issues in our own website. Go to the “CFT Resources” tab at the top of any page (including this one) and scroll through the drop-down menu. Click on “LGBTQ Content on Christian Feminism Today” to find scores of articles, other blog posts, and book reviews. Especially relevant for biblical reflection are Letha Scanzoni’s “Christian Feminism and LGBT Advocacy: Let’s Move Away from Slippery Slope Thinking” and Virginia Mollenkott’s review of God and the Gay Christian by Matthew Vines.

The next lesson will discuss the topic of male/female “complementarity,” a theory popular among some traditional thinkers, and which stands at odds with both feminism and acceptance of same-sex relationships.

Question: What other resources would you suggest as particularly helpful?