Home Reta's Reflections Biblical Interpretation: Can We Get It Right? 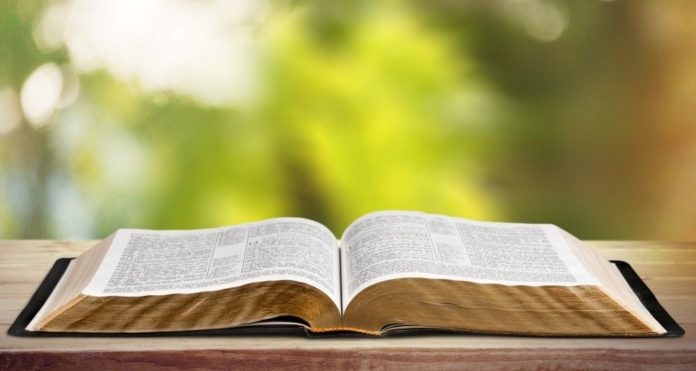 Anyone who keeps up with the national news knows about Kim Davis. She’s the Clerk of Rowan County, Kentucky, who refused to grant marriage licenses to same-sex couples after the Supreme Court had ruled they were valid and constitutional.

Davis belongs to the Apostolic Church, a branch of the Pentecostal movement which views the Bible as the inerrant and authoritative Word of God. The September 1 issue of the Washington Post quoted her public statement, part of which reads,

I never imagined a day like this would come, where I would be asked to violate a central teaching of Scripture and of Jesus Himself regarding marriage. To issue a marriage license which conflicts with God’s definition of marriage, with my name affixed to the certificate, would violate my conscience. It is not a light issue for me. It is a Heaven or Hell decision. For me it is a decision of obedience.

At the same time, other American Christians were cheering the Supreme Court’s decision as one that Jesus himself would surely have approved of, since he always accepted the marginalized and never addressed the issue of same-sex relationships. My own Mennonite denomination is presently being torn apart by this issue as congregations decide to stay or leave Mennonite Church USA.

This new series of lessons in Reta’s Reflections will not be a book study, as earlier studies have been. Rather, it will deal with the broader issue of hermeneutics, the science of interpretation as it relates to how we understand our Scriptures. The question of how we interpret authoritative texts becomes acute when current social, economic, or political issues divide believers who look to these texts for answers.

We could name any number of other issues on which Christians have disagreed:

Believers’ baptism vs. infant baptism
Pacifism vs. “just war” vs. conventional war
Chattel slavery
Women’s rights and women’s ordination
Wealth, poverty, and the “prosperity gospel”
Market capitalism vs. socialism or redistribution of wealth
Sexual orientation and practice
Relationship of church and state
Science and the Bible
“Pro-life” vs. a woman’s right to choose

Many of these debates are not directly related to biblical authority because most people either don’t care about biblical authority or mistakenly assume that their traditional understandings come directly from the Bible. In this study, however, I will primarily interact with the Bible itself and with persons who do care and who want to better understand texts in their proper contexts. One of my concerns is to find ways to dialogue respectfully with believers who may have different interpretations of biblical texts. I welcome responses, challenges, and further wisdom!

Getting Started with a Current News Item

For now, let’s look at Kim Davis’s testimony about why her conscience will not let her issue marriage licenses for gay or lesbian couples. Davis sees marriage between a man and a woman as “God’s definition” of marriage and a “central teaching of Scripture” coming from Jesus himself. So for her, it would mean going to hell if she signed a same-sex marriage license.

I see four avenues for exploration in Davis’s statement. First, we could peruse the Old Testament to find that quite often the pattern for marriage was not “one man and one woman,” but “one man and one, two, or more women.” Although the Old Testament does not approve of Israelite kings marrying foreign women, the Genesis author has no problem with Jacob marrying two sisters and then having children with their (presumably enslaved) handmaids.

Second, Davis’s mention of Jesus must refer to parallel texts in Mark 10:2-12 and Matthew 19:3-10. Here Pharisees question Jesus about the lawfulness of a man’s divorcing his wife and hear Jesus, in response, referring to Genesis 2:24 about male and female becoming one flesh. But although Jesus was emphatically against divorce, he does not threaten the Pharisees with hell.

Third, knowing the background of these same texts helps us understand why Jesus spoke against divorce and why it is unrelated to same-sex marriage. Although Moses allowed divorce in Deuteronomy 24:1-4, Jesus says it was “because of your hardness of heart” (Mt 19:5). Jesus is attacking divorce on the grounds that it was a cruel, sexist practice that was only legal for men. For almost any reason, a husband could thrust his wife out of his house with nothing; even their children were his to keep. (See “Liberating the Chained: Jesus’ Attitude toward Divorce,” by Jeanette Blonigen Clancy [Daughters of Sarah, Jan/Feb 1989], 10-13. In the American Theological Library Association Database. Limited access.)

Fourth, Jesus’s reference to Genesis 2:24 about a male-female relationship says nothing about same-sex marriage because such a thing did not exist either “in the beginning” or in Jesus’s day. Marriages were arranged for reasons of economics and social class, and for procreation and thus passing on the male lineage. Male-on-male sex was forbidden in the Mosaic law for reasons I will discuss later, but even if some Jewish men did practice it surreptitiously, they would have had legitimate wives for the reasons just mentioned.

Thus, although Kim Davis apparently follows her church’s teaching, even this superficial analysis shows her biblical case to be thin indeed. In the future, we’ll dig deeper into some of these texts and their cultural settings.

The next lesson will discuss biblical inspiration and trace the history of its range of meanings.

1. What areas of disagreement on religious or biblical topics have affected your life? Were some issues personally hurtful?

2. What would you add to or subtract from the above four challenges to Kim Davis’s argument?