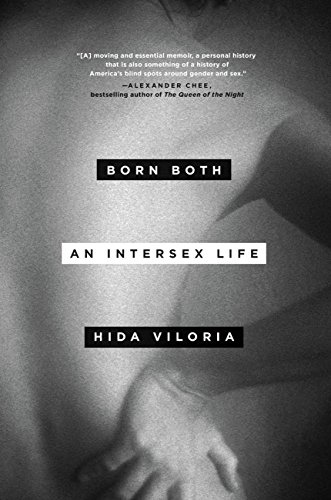 In the late 1990’s when I was preparing to write Omnigender: A Trans-Religious Approach (2001; revised 2007), I watched a film called Hermaphodites Speak!  It featured the first international gathering of intersexual people talking about the mutilations and lies they had endured from the medical and psychological establishments.  Out of that gathering eventually came the Intersex Society of North America, the largest such organization in the United States, which works mainly with medical providers and has agreed to define intersexuality as a “disorder of sex development.”  But a few ISNA members eventually formed the worldwide Organization Intersexual International (O.I.I.), which insists that calling intersex a “gender disorder” pathologizes intersex people and contributes to the illusion that doctors can “normalize” people through intervention.

Hida Viloria, the author of Born Both, is the chairperson of the O.I.I.  I remember Hida as the beautiful Latina androgynous activist who was a major focus in Hermaphrodites Speak!, constantly expressing gratitude that she had escaped the surgical and medical interventions so many others had endured.  When she signed my copy of Born Both she wrote these words: “All genders are equal.”  That is the theme of her life and work and is also the theme of Omnigender as well: “Our goal as a species should be for everyone to have a space where they feel safe, included, and loved” (p. 329).  I rejoice with Hida that recently “mainstream society is finally beginning to realize that all beings desire to be treated equally, and it’s a godsend.  Tons of people are coming out as intersex and nonbinary… it’s a dream come true” (p. 330).

Although Born Both focuses more on science than on theology, Hida is a woman of faith.  She writes of a place in her heart where everything is all right just as it is. “There is nothing to do, nothing to improve.  Nothing left but to enjoy the loving calm that was always there, waiting beneath my fear” (p. 217).  What a lovely description of the Divine Presence within!

The title Born Both comes from the question Hida so often faces: “Are you a girl or a boy?”  She answers, “I’m both.”  Or alternatively, she might answer, “I’m neither.”  As a non-binary person who feels herself to be both male and female in her Eternal Being, my answers would be similar.  But there is an important difference between us.  I am relatively comfortable in my female body because I know that although it does not express my inner maleness, I also know that sex-change surgery to a male body would not express my inner female either. Hence I have no need for hormonal or surgical intervention, whereas Hida was born with a large clitoris—“so big it resembles a penis,” (p. 47)—that makes certain doctors eager to perform corrections to make her look more “normal” (i.e., to make her body fit into their binary gender assumptions).  She is happy to have evaded such “corrections” but is always aware of the judgments occurring around her.

The intersex movement was born when intersexual leaders formed their own definition: “Intersexuals are people born with reproductive organs, chromosomes and/or external genitalia that are different enough to make them vulnerable or subject to stigmatization, discrimination, and/or medical intervention.”  Fortunately, Hida escaped that intervention, but she and I remain similar in that neither of us wants to “live out the rest of [our] lives solely a man or solely a woman” (p. 148).

A legal think-tank at U.C.L.A., the Williams Institute, has revised its intersex definition in what seems to me (and Hida) an even more healthy fashion: “Intersex people are born with (or develop naturally in puberty) genital reproductive organs and/or chromosomal patterns that do not fit standard definitions of male or female” (p. 295).

As I did in Omnigender, Hida Viloria has recognized that “intersex people are in the front lines of homophobia and transphobia because if our differences are detected at birth, we’re often mutilated in an effort that we’ll grow up to be gender normative and heterosexual—efforts that are misguided, because lots of us who were mutilated still grow up to be L, G, B, or T” (p. 302).  Even Bible-thumpers who condemn homosexuality or transsexuality as deliberate choices would hesitate to blame a newborn infant for their physical departures from the “norm.”  So intersexuality provides an opportunity to insert compassion into the discourse.

My only argument with Born Both is that a book this full of unfamiliar information should have an index.  But I remain enthusiastic about the author’s witness, her conclusions, and her determined yet joyous tone.  As she puts it, “being intersex is the fusion, the effortless union, of yin and yang.  It is a space all its own, where something revolutionarily loving, balanced, and harmonious is created.  It actually exists, and it’s where I live” (p. 323).

weconnect – And There Was Singing