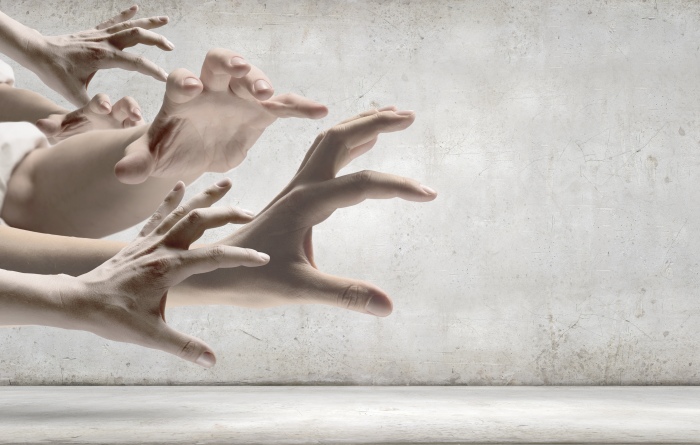 Ed. Note: Saeed Abedini is an Iranian American man and Christian pastor who holds dual Iranian and United States citizenship. He has been imprisoned in Iran since 2012. His crime? The official charge was “compromising national security,” but most people seem to agree that the real issue was his activity starting and supporting many Christian house churches throughout Iran. Saeed was released in January of 2016. His wife of 14 years, Naghmeh (an American citizen), lobbied diligently and publically for his release, but in November publically revealed that Saeed had been abusive during their marriage. She has since filed for legal separation. Read a good summary of the situation here on The Washington Post. See a thorough report of the available online resources and commentary here on Spiritual Sounding Board.

Mainstream Christian media has come a long way since my February 2015 critique of the handling of the Jones/MaMahon issue, and that is encouraging. In this case, the media seems to be more even-handed in its approach to Naghmeh’s disclosure. But there is still room for improvement.

For the purposes of this article, I will be working with Katelyn Beaty’s April 24, 2016, Christianity Today interview of Saeed Abedini.

In this ViewPoint post, I’ll discuss two issues. First, I’ll examine what we can learn about Saeed (and other abusers) by looking at his responses to Beaty’s questions. And second, I’ll look at specific concerns in the interview that illustrate issues in the approach and response to domestic violence situations in the media.

Here are some common characteristics we see in a person who chooses to abuse and feels entitled to behave in an abusive manner. 1

Media outlets, especially Christian media outlets, must continue to improve how they handle allegations of domestic abuse. The Christianity Today interview illustrates several ways in which a victim is caused more suffering and a perpetrator is given more consideration than deserved.

I believe Beaty was careful not to minimize Saeed’s very obviously inconsistent statements about the abuse. And I would guess, after reading the interview, most readers will have serious doubts about Saeed’s claims that no violence occurred in the marriage. However, it is imperative we remember Saeed is a convicted abuser. His victim, Naghmeh, has come forward with allegations of ongoing abuse.

The decision to do this piece as an interview virtually ensured that Saeed, the convicted abuser, would be able to control the narrative. By structuring the piece in this way, it was almost inevitable that Naghmeh would be shamed and retraumatized. Christianity Today presented her convicted abuser with a very public forum in which to call his victim a liar.

Even though Naghmeh had been given the opportunity to present her case in other pieces run by Christianity Today, their decision to publish this particular interview (in which a convicted abuser denies his crime, shifts the blame to others, and exaggerates his own importance), truly underscores the patriarchal blindness we suffer in this society generally, and Christian culture more specifically, which inevitably allows abusers, especially males, the opportunity to control the abuse narrative.

Allowing Saeed a public forum in which to further denigrate Naghmeh, Christianity Today also denigrates every woman who has heard an overuse of the word “I” as they were being beaten, and shames every victim who takes the blame on themselves when it’s not theirs to take. The consequences of this piece reach further than one victim.

Was this Christianity Today’s intention? I highly doubt it. But this secondary trauma will still affect hundreds of readers in ways unintended.

This is a problem within our society. We constantly give the abuser a voice over the victim and intended or not, this article reinforces that problem.  This piece strengthens the argument that victims should not be believed and abusers (particularly men) deserve an opportunity to control the narrative.

Those of us who working In the fields of domestic violence and sexual assault often speak of the importance of language and phrasing. I am troubled by the wording of Beaty’s question about Saeed’s 2007 abuse conviction. She asks, “Can you talk about the misdemeanor domestic assault charge in 2007? You pled guilty to that, and that suggests there was at least one instance of marital abuse.” If the question had to be asked, it should have been framed in a way that allowed the language to reflect the severity of the crime. By using the word “misdemeanor,” the offense is relegated to the severity of a traffic violation. Was the word “misdemeanor” necessary? Probably not.

A leading publication like Christianity Today could lead the way in changing the language we use to describe domestic abuse. Domestic abuse is not a traffic violation. It is a horrible crime of dehumanization.

Another issue I find in this article involves the questions in the later part of the interview. These questions seem to allow Saeed the status of an expert on persecuted Christians and the future of the Church. By first asking questions about his marital abuse, in which he denies wrong-doing despite a conviction, and then continuing the interview and framing him as a trusted expert in any area of Christian life, is to risk minimizing the fundamental problems with this man’s judgment, honesty, and character. This begs the question: Should an abuser who is unwilling to admit to injuring another person be asked to give advice about where America is heading? Again I say, probably not.

Finally, as a survivor of domestic abuse, I cannot emphasize enough how painful and damaging reading this article must have been for Naghmeh. Even if she knows people support her, reading this interview could have only served to magnify the pain, doubts, and confusion that are the inevitable result of trauma. When something similar happened to me, it tore into the core of my being, becoming a source of secondary traumatization.  I hope in the future, Christian publications more carefully consider their responsibility to all survivors, and not allow a convicted abuser a forum in which to attempt to control the narrative, and thus inflict more trauma.

1  –  Similar lists can be found in resources like Lundy Bancroft’s Why Does He Do That: Inside the Minds of Angry and Controlling Men (Berkley Publishing Group: New York, 2002) or the National Domestic Violence Hotline’s resource When Violence Begins at Home: A Comprehensive Guide to Understanding and Ending Domestic Abuse (Hunter House: Alameda, 2006). (back to text)