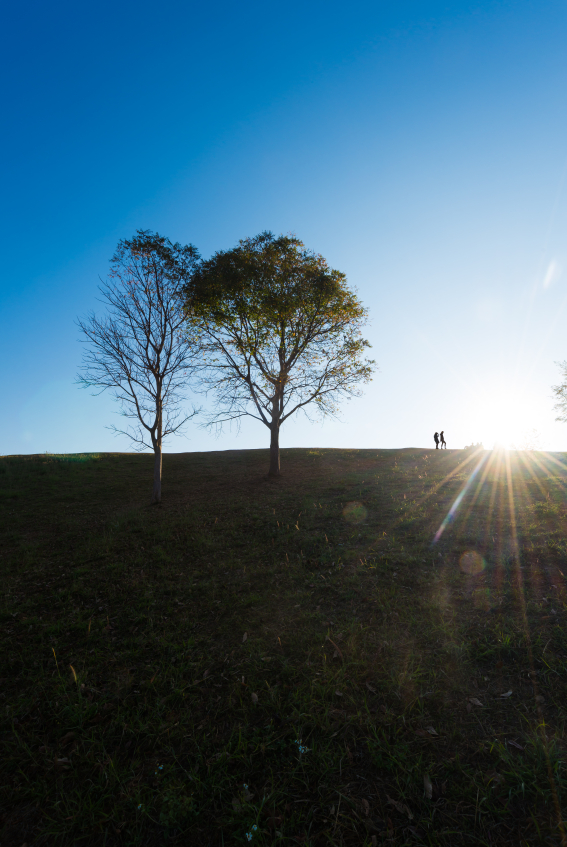 “If you think the economy is more important than the environment, try holding your breath while counting your money!” That’s the tongue-in-cheek challenge Janez Potočnik issued at the European Environment Agency’s Report on Air Quality in 2013. On a similar note, feminists might say, “If you think the environment is more important than gender equality, try living in this world without women.” Gender equality and environmental stewardship come from a shared root that affirms the dignity of all creation.

A basic tenet of feminism is that women are equal with men. This concept is applied in a number of spheres— politics, law, psychology, religion. A basic tenet of Christian feminism is that God creates all people, including gender identity, to have equality in the Kingdom of God through God’s love as expressed in Jesus Christ’s redemptive work. Christian ecofeminist theology narrows even more specifically by focusing on a relationship between gender and ecology with a particularly Christian lens.

Terra Mater. Gaia. Spider Grandmother. Mother Earth. Mother Nature. From pagan goddess worship to Greek mythology to Native American spirituality to contemporary discourse on climate and ecology, nature or Earth is often depicted or discussed in feminine terms by using the title Mother and the feminine personal pronoun. Gender personifications of matter that is neither inherently male nor female reflect an underlying attitude about that particular matter.

In her book, Metaphorical Theology: Models of God in Religious Language, Christian feminist theologian Sallie McFague is concerned particularly with how metaphors are used when discussing God since metaphors have cultural and far reaching implications that reflect an underlying attitude. Language used to understand God gives insight into one’s social understanding of the metaphor. In speaking of God as Mother, for example, people might have different meanings in mind. Roles and expectations of a mother are relative, as ideas vary between social contexts just as definitions of femininity vary. This raises the question, when the metaphor of God as Mother is used, which understanding and social context of mothering is implied?

While it may be thought-provoking and helpful for some people to conceive of God in gender neutral terms such as Parent rather than Father or Mother, gender contributes to deeper personal connection between people and The Divine, and is therefore necessary. Thus, McFague desires to add metaphors of God rather than replacing masculine metaphors with feminine ones. Rather than moving solely to gender neutral metaphors and terminology, greater inclusion of a variety of honoring terms contributes to correcting centuries of narrow conceptions of God. At the same time, there must be a careful balance between conceptualizing God in order to relate to God more intimately and wholly, compared to creating a god based on what one desires God to be rather than who God truly is.

Thinking about the role gender plays in our conceptualization of God leads naturally to a second question.  What then is meant when gendered metaphors are used to conceptualize not only the Creator but what the Creator made, such as Mother Earth? Are gendered conceptions of creation problematic?

Theologian Elizabeth Johnson argues that spirit is often identified as masculine while matter is often identified as feminine. “The ruling man’s hierarchy over women and slaves extends also to nature, most often symbolized as female.”[i]  Even in well-intended spiritually informed Christian conversations, created matter is often discussed as significantly lower in value and desirability than spirit, thereby creating a hierarchical dualism as if spirit and matter oppose each other. In reality, spirit and matter point to the truth of one another. Ralph Waldo Emerson wrote, “All I have seen teaches me to trust the Creator for all I have not seen.”

Even so, a balanced view of ecofeminist theology rejects pantheism (defined by Justo González as “the claim that the universe in its totality is God”[ii]) and panentheism (defined by Justo González as believing that “all things share in the divine nature, [but] the divine is not limited to them.”[iii]). In an effort to be responsible stewards of creation and have passionate conversations, ecologically minded Christians, ecofeminist or otherwise, may be tempted to overstate their position and argument by too closely connecting God with creation. God is not dependent on creation, but decides to interact and participate in it (such as The Christ Event) as an expression of love.

Common to feminist theory, McFague essentially rejects dualistic approaches of viewing the world, such as body and spirit, or gender binary, in order to affirm the interconnectedness of lives and reject simplistic divisions. Perhaps if God were more widely understood as neither feminine nor masculine, but completely whole and encompassing all gender, then there would be less abuse of creation as personified in the feminine, and a more balanced attitude of  the relationships and connections between God, people, and all of creation. 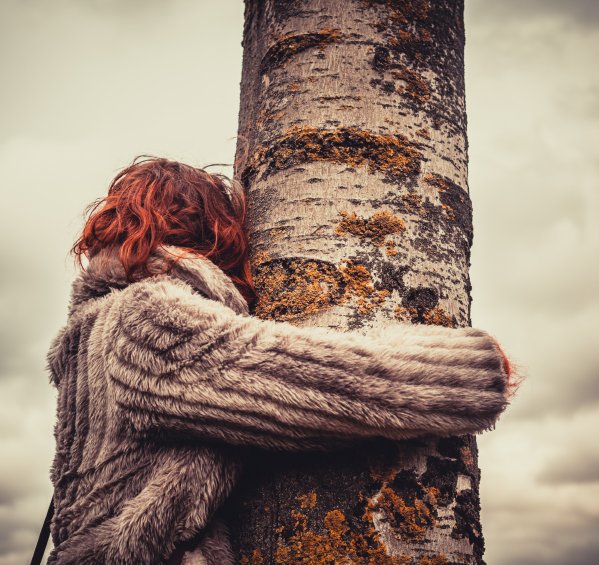 For McFague, a deeper issue with human relationship to creation is a sense of belonging. “It is the heart of the matter because it is the case— we do belong… we are at home in this world because we were made for it.”[iv] It is time for us, people in general and Christians in particular, to recognize that we are an important part of larger creation rather than separate from creation. Patriarchal understandings of gender often use language that desires to clearly separate the sexes and the social constructions of masculinity and femininity. But we are all too vastly intertwined with one another to be clearly separated. We are all too vastly intertwined with creation to be clearly separated from it, too.

Patriarchy and an industrial military complex, whether implicitly or explicitly, promote masculine conquering of the feminine or the perceived weaker “other,” as is common in complementarian and/or hierarchical understandings of the world and Christianity. This carries over to creation when a given society is patriarchal, because that society will necessarily respond to creation as yet another something to be conquered and exploited. A conquering attitude toward creation has far reaching implications. If creation is disposable and people are part of creation, then people are disposable. If creation is understood in feminine terms, then femininity and possibly women are disposable. If women are disposable, then they are available for men to conquer, including carrying out acts of violence and assault. Abusing creation is part of a larger cultural issue where abusing people, especially women, is also normative. While creation care has a broad connection with stewardship and worship of the Creator, it also affirms the dignity of all people as part of creation.

True Christian feminists and ecofeminists are concerned about the relationships of men and patriarchal social systems with creation as well. Justo González writes, “most feminist theologians are seeking the liberation, not only of women, but of all oppressed people—and, in a sense, also of their oppressors.”[v]  Ecofeminist theologians argue that creation is oppressed and is in need of responsible liberation. In the context of Christian ecofeminist theology, creation is not best understood by one group, but everyone who experiences it. All people need liberation from limited and narrow views of gender, including unhelpful gender concepts of God and creation.

What do we do now? Rather than rejecting feminine Earth terminology, the inclusion of masculine and feminine discourse when conceptualizing creation will contribute to an improved sense of balance for a Christian ecological perspective. However, changed vocabulary can only go so far. Rosemary Radford Ruether writes, “There is a need to take account of the economic and social structures that serve to stabilize patterns of oppression.”[vi] Accepting and advocating for gender equality in every possible way for all people, especially women and other globally marginalized groups, will improve ecological conditions as ecofeminist  theology connects exploitation of women and the oppressed with exploitation of creation.

In sum, recognizing the often underlying impacts of gendered concepts of God and creation can contribute to caring for creation. Caring for creation effectively and thoughtfully, including caring for people, is worth the effort, as by doing so we are joining God’s work in creating a new Heaven and a new Earth. Let everything and everyone that has breath praise the LORD.

My Life Was Transformed by a Children’s Book— Heart Talks with...

Aditya Putcha
Just two months ago I found that the only thing which comforted me on a day I felt heartbreakingly useless and worthless was sitting in Mother God’s lap and letting Her hold, pat, and comfort me until I felt completely soothed. When I soon after found that there is a book that teaches children such behavior from an early age I knew it was something about which I needed to spread the word.

The Supreme Court and Same-Sex Marriage: Part 1 of a Three-Part Series

Removing My Inner Blockages to Love: How A Course in Miracles Transformed My...

Introducing the Divine Feminine Version (DFV) of the New Testament