Home Articles A Christian University, a Transgender Professor, and Employment Justice: Conflict in... 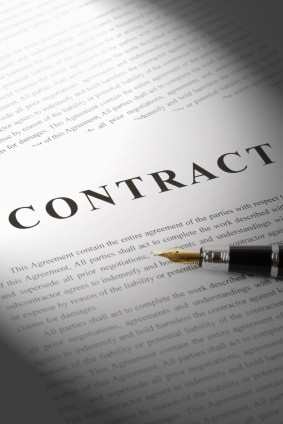 A year ago, I spoke on a panel at the Gay Lesbian Medical Association’s national conference in San Francisco.  Our topic was LGBTQ healthcare and faith-based hospitals.  We talked about for-profit and non-profit medical centers, some of which work well with LGBTQ patients while others struggle.  During the conversation, I said that in my field a crisis would occur if a beloved tenured faculty member at a Christian university, assumed to be straight, came out as gay.  I was speaking hypothetically, as someone who has practiced law and written about religious freedom jurisprudence.  I had no idea that within twelve short months the evangelical Christian university community would be embroiled in a similar controversy.

On September 20th the story broke that a long time theology professor at Azusa Pacific University in California was transgender.  Heather Ann Clements would now be known as H. Adam Ackley and wanted to undergo surgery to complete the transgender process.  Administrators at Azusa Pacific met with him, and Ackley says they asked him to leave. It has been widely reported that though Ackley would be paid through the end of the school year, he would not be allowed to finish out the last two years of his five-year contract.  Ackley retained an attorney, and at this point it is not clear how the case will end.

Blogs, Facebook, and comment sections of newspaper articles are filled with opinions about this case.  Some people are compassionate toward the professor but believe sin has occurred and termination of a contract should follow.  Some people are cruel.  Some are completely supportive of the professor in every way.  How can the university respond in a way that is legal, ethical and, most importantly, biblical?

The Azusa Pacific case raises a number of questions.  First, what does the law require or allow in a situation like this?  Second, does being transgender violate some part of faculty contractual responsibility?  Third, even if the law allows a university to terminate a contract, ought the university to do so?

The law that regulates employment decisions of faith-based institutions is clear in some respects but murky in others.  The United States Constitution protects the free exercise of religion, meaning that government may limit religious freedom only in certain circumstances.  Moreover, sometimes religious freedom will bump up against another constitutional right like equal protection. At times, religious freedom will prevail; in other situations, other rights will prevail.  Because the jurisprudence is convoluted, it isn’t always clear what judges will do until a case is actually in front of them.

At both the federal and state levels, concern for employment justice has led lawmakers to craft legislation forbidding discrimination in the hiring and firing of workers.  At the moment, the federal government does not provide employment protection to the LGBTQ community— though with the oft-proposed Employment Non-Discrimination Act, it is possible this could change in the future.  A number of states, including California, protect workers in a wider variety of ways.  In these states, employers are not allowed to hire or fire workers on the basis of sexual orientation and gender identity.  However, in an effort to balance freedom of religion with employment justice, legislators often write an exemption for faith-based non-profits. Religious institutions in California are exempt from employment discrimination regulations.  It is not so clear, though, just how far this exemption extends.  If a Christian university is exempt from employment discrimination statutes, it does not necessarily mean that the university is exempt from regular contract law.

The legal challenge for Azusa Pacific and other Christian universities is in the tension between the freedom to make employment decisions that reflect their religious faith, and the obligation to honor regular contracts that they enter into.  Azusa Pacific has the freedom to define itself according to its religious beliefs, but what happens if the university enters into employment contracts that do not clearly indicate what violations of the contract might look like?  Though we do not know all the contractual elements in this case, we do know that Azusa Pacific has a specific statement about the Biblical foundations of human sexuality.  The statement says that human beings are gendered, but most of the statement is about sexual behavior.  It is clear the Azusa Pacific community holds sex outside of heterosexual marriage to be sin, but it is not clear that being transgender or being gay without sexual acts violates the policy.

But, recently, the Supreme Court created another wrinkle in the matter.

In 2012 the U.S. Supreme Court handed down a surprisingly broad decision clarifying a “ministerial” exemption, saying religious groups needed to have wide latitude to decide who their teachers and leaders ought to be.  In Hosanna-Tabor Church v EEOC the Court held that a formally religiously trained teacher in a school connected to the Lutheran church could be fired even though she argued that a federal disability law should protect her from termination.  She said she was fired for her narcolepsy. The school said that it was firing her for other reasons, and the Court declined to examine the reasons.  The Court said that the First Amendment “bars suits brought on behalf of ministers against their churches, claiming termination in violation of employment discrimination laws.”  This rule applies to ministers, including some teachers if they are charged with “personifying” the religious group’s beliefs.

Chief Justice Roberts, who wrote the opinion, said firmly that the decision was limited.  He said that the ministerial exception bars an employment discrimination lawsuit, but the Court was not deciding whether other sorts of lawsuits would be barred.  Contract, tort, or criminal cases that involve things like sexual assault or harassment would be analyzed at a later date when those cases were brought before the Court.

So, there is a lot we do not know about religious freedom and contract law.

But, for Christians, the law is only one part of the issue.  While a Christian institution has the right to identify itself according to its faith tradition, I would argue it also has an obligation to be clear about what the parameters of the employment really are.  A university has control over the contracts it writes.  If a contract is not clear, the university should bear responsibility for that. It seems to me that, at a minimum, Azusa Pacific should honor the contract that it entered into; if the university will not allow the professor to teach, it should pay the salary and benefits for the full five years.

But on a deeper level my hope is that Christian universities like Azusa Pacific and my own school will start a better conversation about what it means to know and to love the LGBTQ community.  What a wonderful opportunity we have to say, “We do not understand transgender; there are so many things about homosexuality we do not understand.  But, we want to listen and to learn.”

Being Christian means believing that God so loved the world that Jesus was sacrificed.  And, Jesus’ death and resurrection redeemed all of creation.  The rest of the story is unclear.  We see through a glass darkly, and while we wait for full reunion with God we know the one thing we must do is emphasize God’s love.  When asked about the law and prophets Christ said love God and love your neighbor.  So our emphasis has to be on what opportunity we have to love our neighbor in a situation like this.

If it were clear that evil is at the root of an action that caused hurt in a community, excising that evil might be the way to love the community.  But in cases like that of gay or transgender faculty this is simply not our situation.  While many Christians believe that Scripture clearly teaches all sexual identities other than straight men and straight woman are wrong, many others believe that Scripture is much less clear about what it means to be male or female.  Many Christians are persuaded by theological scholarship challenging our assumptions about the few Biblical passages related to same-sex behavior.  Princeton Theological Seminary’s William Stacy Johnson has influenced a growing number of Christians with the scholarship outlined in A Time to Embrace (Eerdmans, 2006).  On the internet, one can listen to priests and theologians and the public express their strong belief in God’s love for the LGBTQ community at The NALT [Not All Like That] Christians Project.

There is much we do not know, and so much we can learn from a Christian transgender person like theology professor H. Adam Ackley.  We have such an opportunity to demonstrate God’s love. My hope is that no matter what the law might allow, Christian universities will say to Ackley and others, “You claim Christ, and we claim you.”

Letha Dawson Scanzoni’s Link of the Day: “A supportive parent writes about God’s gift of a gender-nonconforming child”

Virginia Ramey Mollenkott’s ViewPoint post: “To Revere the Image of God in Every Person”

Marg Herder’s Where She Is post: “The God We Serve – Adam Ackley, Azusa Pacific University, and EEWC” 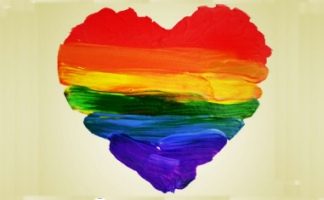 Julia K. Stronks, J.D., Ph.D.
... those of us concerned about both religious liberty and equity for LGBT citizens are caught in a bind. I believe in equity for LGBT people, but at the same time I believe faith-based institutions should be allowed room to shape themselves according to their deepest beliefs. Is it possible to have both?

Justice, Love, and Compassion on Trial