What a sad spectacle: a conservative Supreme Court nominee brought down by conservatives, a church lady opposed by other church ladies. And abortion, a women’s issue, at the heart of it all.

Clarence Thomas managed to win confirmation, in spite of Anita Hill’s testimony, but Harriet Miers’ nomination collapsed. Growing opposition in the Republican right-wing was the problem, imperiling midterm elections after the narrow margins in 2000 and 2004.

This opposition wasn’t really about her qualifications, though it pretended to be. It was about how she might vote on Roe v. Wade.

A male nominee might have been able to outlast the battering—and may yet do so if Bush now nominates a man—but conservative Congressmen weren’t about to stand for a woman whose vote couldn’t be counted on. The sexism faced by Miers was apparent to Senator Dianne Feinstein, who commented on it mid-October. Others such as Nan Langowitz, director of the Center for Women’s Leadership at Babson College in Wellesley, Mass., also observed a double standard. Senator Kay Bailey Hutchison spoke with sadness about the way Miers was treated as a Supreme Court nominee.

Men’s opposition to qualified women running for office or facing confirmation hearings is not new.

What’s puzzling, however, is the role of right-wing women, such as the so-called Concerned Women for America. These are the ladies who got together in 1979 and helped to bring ratification of the Equal Rights Amendment to a halt.

Their cry then was “unisex bathrooms” and “draft for women.” Today, when many public restrooms are open to either sex and women are dying in Iraq beside men, they focus on opposing reproductive choice and same-sex marriage. They claim the values they espouse are biblically based—but other Christians study the Bible on these issues and come up with much more tolerant positions. Even among evangelicals, you can find the left-wing represented in many places around the country, such as Sojourners Magazine, Fuller Theological Seminary, and the Evangelical & Ecumenical Women’s Caucus (EEWC). If you add Mennonites, Anabaptists, and charismatic Christians, you have even more political diversity.

So why did the Concerned Women first express skepticism about Harriet Miers, a woman whose church affiliation was identical to their own, and finally oppose her?

A Washington Post article quoting Miers’ 1993 address to the Executive Women of Dallas was a decisive factor. She spoke of “the individual woman’s right to decide for herself whether she will have an abortion,” adding “The more I think about these issues, the more self-determination makes the most sense.”

Those words are anathema to the Concerned Women. To understand why, you have to look at Beverly LaHaye, founder of CWA, and her husband Tim LaHaye, coauthor of the Left Behind series of novels. They live in a fantasy world where wives obey husbands, Christians war against unbelievers, and the chosen may vanish any minute, swept into heaven before the battle of Armageddon. This world doesn’t allow for same-sex attractions or women who get pregnant and don’t want to give full-term babies up for adoption.

Miers was too thoughtful for them. Yes, she sounded anti-abortion in the questionnaire she filled out while running for City Council in Dallas in 1989, but in 1993 she was continuing to “think about these issues.” As a Supreme Court justice, she would have been required to do hard thinking and not always end up where she started.

Beverly LaHaye and others are living examples of the phenomenon of an oppressed group coming to identify with the values of the oppressor. It may seem like the safest thing to do—uphold patriarchal structures for the powerful rewards of economic security and male approval. Once a person starts down this path, any doubts may be silenced by others in the group or by one’s own need to avoid cognitive dissonance.

The good news for women in this whole fiasco is the discovery that Harriet Miers is a thinking woman and that women who oppose access to abortion one year can come to appreciate choice a few years later. 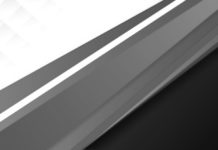 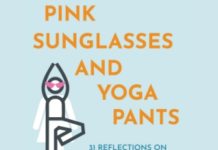 An Interview with Susan Cottrell 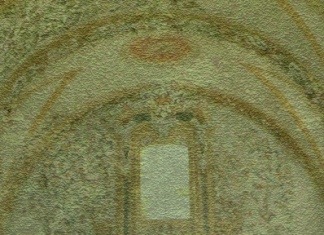 Jamie Marich
Survivors of spiritual abuse can feel justifiably averse to anything having to do with God or spirituality after emerging from the war zone of spiritual abuse. However, cutting off the aspects of oneself that are yearning for healthy, edifying connection to something other than the self—the essential definition of spiritual expression—can be equaling damaging.

A Message to the Boy Scouts