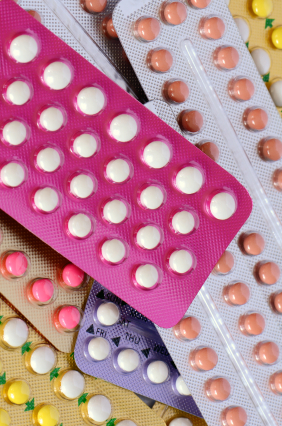 The Supreme Court has just announced that it will hear what many are calling the most important religious freedom case of the last twenty years.  Reporters, however, are describing the case as pitting religious freedom against women’s rights, so it is important for us to understand exactly what the Justices are asked to do.  As feminists, we instinctively move to protect contraceptive rights; as Christians we may just as instinctively want to protect religious freedom.  Do these cases present a conundrum for Christian feminists or is there a way to accommodate the seemingly different interests?

The Court has accepted two of several cases that all have similar legal issues.  In Sebelius v Hobby Lobby and Conestoga Wood v Sebelius the owners of corporations object to elements of the Affordable Care Act (ACA).  The ACA requires businesses with over 50 employees to provide health insurance that includes a wide variety of contraceptive coverage.  Hobby Lobby and Conestoga Wood argue that while they are willing to cover contraception in general, there are certain forms of contraception  that they object to on religious grounds.  They claim that some contraception aborts what would have been a viable pregnancy, and because of their faith they are unwilling to participate in this kind of coverage.  They have asked for an exemption from this part of the ACA.

Whether or not we agree with how these Christians express their faith, it is important to realize that there are two significant legal arguments that support their perspective.  One is a Constitutional argument and the other relates to federal legislation.  As the Supreme Court works its way through these cases it will address a number of difficult questions with implications for a wide variety of other groups of people.

The First Amendment of the Constitution prevents governments from passing laws that “prohibit” the free exercise of religion.  This is a strong statement, and for two hundred years the Supreme Court has handed down decisions that have clarified some things, while at the same time confusing us about the role that government should play with respect to religious belief.  Religious freedom has never been an absolute right.  Laws that in some ways limit religion have always existed, and we have always had to balance the majority’s will with an individual’s desire to express his or her faith.

For example, in the 1800s the federal government made polygamy illegal.  When Mormons objected, saying this law violated their religious freedom, the Supreme Court said that people were free to believe whatever they wanted to believe.  Behavior, however, could be controlled by the government.  Belief and behavior were two different things.

Many years later, the Supreme Court changed its approach.  With a series of cases in the 1970s the Court said that belief often directed behavior, and governments had to be careful about trying to control behavior that was linked to religious belief.  The Court created a test saying that government could control religiously linked behavior only if government first had a compelling interest.  If it had a compelling interest, it also had to prove that it had narrowly tailored its legislation to control only the behavior that was directly related to the compelling interest.  So, for many years, the Court found a lot of legislation that controlled religious behavior to be unconstitutional.

However, in 1990 the Court revoked this test and returned to a system in which governments could control religiously linked behavior as long as the laws that were passed did not target a particular religion.  The Court said that “generally applicable laws” that impacted religious behavior were constitutional.

So, when the Court takes up Hobby Lobby it has a number of things to decide.  First, does the RFRA apply to corporations as “persons”?  If so, has the government acted with a compelling interest and narrowly tailored legislation in mandating that businesses with over 50 employees supply full contraceptive coverage?

Second, if the RFRA does not apply, then does the First Amendment protect these corporations?  Here the Court will have to decide if it wants to stick to its approach of 1990 in which generally applicable laws are held to be valid as long as they do not target a specific religion.  If this approach is taken, the Affordable Care Act will be upheld as constitutional.

We don’t know what will happen. The Court could say that the RFRA applies only to actual people. Or it could say the RFRA does apply to corporations but in this case the compelling interest test has been met by the government, and therefore  the Affordable Care Act stands. Or it could say that the RFRA applies to corporations but the government failed the compelling interest test, in which case the government would have to create some sort of exemption for religious institutions.   Any way the Court goes, there will be unanswered questions that vex us for decades.

In some ways, this case is more about principle than it is about contraception, and the arguments on both sides are a little ridiculous.  If we protect an employer’s religious belief and allow a partial contraception exemption, we do not prevent an employee from purchasing that contraception elsewhere.  Religious employers are not really imposing their faith on employees.  At the same time, if we say employers must provide this insurance, we do not actually involve the employers in providing the contraceptive devices or pills they may consider to be abortive.  The employer is not advocating or encouraging particular contraceptives any more than the employer encourages the behavior of any other person that uses insurance.  Imagine a man who has abused a child; imagine that the man gets depressed and goes to a doctor.  If the doctor prescribes Zoloft as an anti-depressant and the man’s employer-provided insurance covers it, is the employer implicated in the behavior of the man? Of course not.

But, the case before the Court does challenge us to think through what we believe about the obligation of government, the obligation of employers, and the rights of individuals.  Which should trump?  That is too big a question to cover here, but it is the most interesting part of the Hobby Lobby case.  And, here are some things to consider about what comes after Hobby Lobby.

The Supreme Court has never, to this point, applied the First Amendment religion clauses or the RFRA to businesses that are run by Christians and operate in the for-profit realm.  Until now, exemptions of the sort Hobby Lobby is asking for have only been granted for non-profit religious institutions like churches and schools.  Interestingly, these non-profits that received an exemption from the Affordable Care Act were not satisfied with it.  The exemption they received said they had to pay into a system that provided full contraception but they did not have to pay for the contraception itself.  Catholic and evangelical institutions have brought over 60 cases against the government and these cases have yet to be heard by the Court.  The Hobby Lobby case will give us a hint about where the Court will take these cases.

Another important set of cases coming through the courts relates to Christian bakers and florists and other business owners who violate state consumer protection laws by refusing to serve customers who want flowers, or cakes, or wedding photographs for same-sex marriages.  Lower courts have rejected the religious freedom arguments of such businesses, but Hobby Lobby will have implications for these cases as they move through the legal system.

I began this article by asking whether cases such as those of the Hobby Lobby and Conestoga Wood present a conundrum for Christian feminists, or whether there is a way to accommodate both our feminist concern to protect contraceptive rights and our Christian concern to protect religious freedom.  I suggest that when the case is handed down, we resist the temptation to conclude that one side or another has “won.”  Instead, I suggest we read and ponder the decision, then try to ascertain where the Court is going with respect to religious freedom for businesses and the role government may play in shaping our lives. 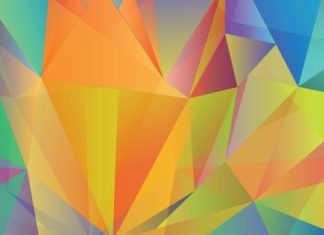 My Advice to Newly-Minted Feminists/Womanists/Mujeristas

Virginia Ramey Mollenkott
Androcentric women and men are projecting their addiction to the domination model onto the work of gender-justice makers everywhere. I know we hate to repeat ourselves, but we will have to do a lot of repeating until society begins to act on the premise that all people are created equal.

Introducing the Divine Feminine Version (DFV) of the New Testament

Calling Her by Name