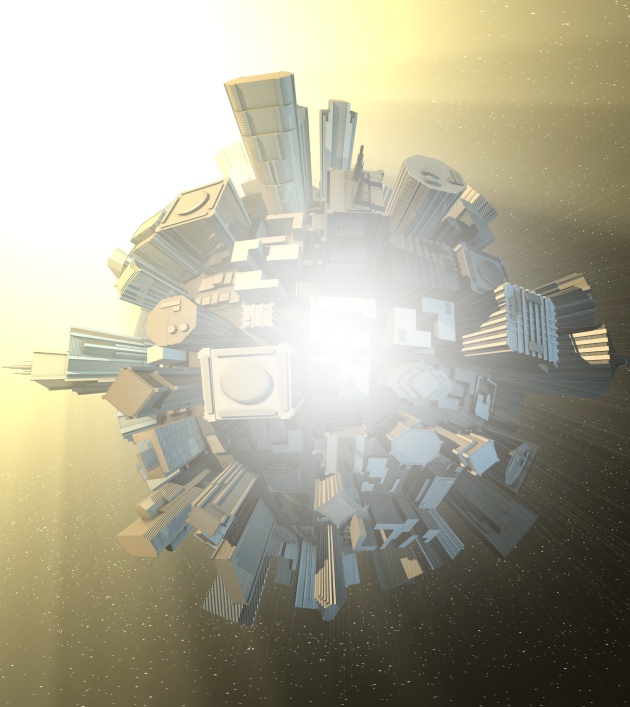 Fasten your seatbelts! In Revelation 21:9–22:5, we are about to see a climaxing vision so packed with symbols and metaphors, numbers and colors, that unpacking it will make you dizzy! A cube-shaped city is also a bride adorned with jewels, pearls, and gold preparing to marry her bridegroom. And a bride is also a people—or a community of peoples—that are preparing to live within a city resembling the original Eden of Genesis 2. But forget about the seatbelts; we are not leaving Planet Earth. Rather, a New Jerusalem descends from the heavens, as God and the Lamb come to personally dwell among their faithful followers.

This lesson will primarily draw from John M. Miller’s commentary, Revelation: Making Sense of Its Message in the 21st Century. Miller’s perspective departs from some other commentators’ approaches by equating the “bride, the wife of the Lamb” (21:9) with “the holy city” itself (21:10), rather than seeing the city as the place where the bride—the church—lives. “Both the bride and the city symbolize the people of God,” says Miller (p. 180). Using symbols with multiple meanings to make a point, along with literary and historical allusions, is not uncommon in John’s writings, as may be seen in the next section.

As the Israelites prepared to enter the Promised Land, God took Moses up on Mount Pisgah, opposite Jericho, to show him where they were going, even though he could not accompany them (Deut. 34:1-4). In the same way, an angel of the bowls takes John up to a high mountain so he can watch the New Jerusalem descending from heaven (Rev. 21:9-10). The bowls relate to the judgment that angels poured out on the earth in chapter 16. Miller suggests that “God’s judgment on evil contributes to bringing about the reality of New Jerusalem” just as the plagues inflicted on Egypt brought about the nation of Israel (p. 179).

As it descends, the holy city shines like crystal clear jasper stone (21:11), thus connecting the church to the glorious radiance of the One on the throne in Revelation 4:3. The twelve gates in the city’s walls bear the names of the twelve tribes of Israel, and the names of the twelve apostles are written on the wall’s foundations (21:12-14). Each foundation is also adorned with a different kind of gemstone (vv. 19-20), similar to those on the breastpiece of the high priest (Exod. 28:15-21). In that way, says Miller, we can see “the entire people of God—Israel and the church—glorified as the ultimate expression of God’s redemptive work” (p. 181). (Despite the maleness of these symbols, we should visualize over half of these people of God as women.)

Then the angel takes up a golden measuring rod to measure the New Jerusalem and its gates and walls (21:15-17). Though lost in translation, all the measurements are symbolic. Patterned after the cubic shape of the Holy of Holies in the original Jerusalem temple (see v. 20 in 1 Kgs. 6:14-22), the holy city is 12,000 stadia (1500 miles) in each direction—where twelve again symbolizes the people of God and 1000 stands for limitlessness and perfection. The whole city is pure gold (see 1 Kgs. 6:22), pointing to moral purity and of limitless value. Jasper walls represent God’s personal protection, and each gate is a single pearl (Rev. 21:18-21), perhaps an allusion to Jesus’s parable in Matthew 13:45-46 about the “pearl of great price”!

Eugene Boring observes that, at the time John is writing, Jerusalem lies in ruins and the magnificent Herodian temple has been desecrated and stripped of all its golden wealth (p. 219). But the New Jerusalem has no need of a temple, “for its temple is the [visible presence of the] Lord God Almighty and the Lamb” (21:22). Worship takes place anywhere among these multitudes of people who make up the city. Nor does the city need the sun or moon for lighting. John calls attention to this fact by placing 21:23 in a literary form called a chiasm:

Consequently, darkness never comes, so the pearly gates need never be closed at night for protection!

The final paragraph of the vision (Rev. 22:1-5) combines urban activity with an even earlier representation of perfection than that of Solomon’s temple:  the Garden of Eden in Genesis 2. A river of living water flows from the throne of God and the Lamb, and the tree of life is replicated on either side of the river (Rev. 22: 1-2). The “ancient serpent” has been destroyed, and once again God walks in the garden. God’s people, who in this life commune with God in spirit, “will see his face, and her name will be on their foreheads” (22:4).

Drawing from many texts in the prophet Isaiah about Israel as a “light to the nations” (e.g., Isa. 49:6-7), John maintains his vision of the New Jerusalem in the midst of Planet Earth within history. Travel goes back and forth through the open gates as “people. . . bring into it the glory and honor of the nations” (Rev. 21:26). Time continues in twelve-month years, since the tree of life bears a different (and edible!) fruit each month for twelve consecutive months (22:2). And although people living outside the city may get sick from time to time, “the leaves of the tree of life are for the healing of the nations” (22:2). The only factors that exclude kings and nations from entering are moral pollution and falsehood—anything accursed (21:27; 22:3).

John’s vision of the New Age is quite different from conventional pictures of heaven, where disembodied spirits float around praising God and enjoying family reunions. It challenges the dispensational view of believers in a heaven beyond the natural laws of the universe—and after every unbeliever has been sent to hell. Rather, Miller states that “the final description of the city. . . clarifies the church’s purpose.” It shows that “there are nations yet to be healed and foresees God’s ongoing provision for their healing” (pp. 183-184).

Although John does not elaborate on the details, I find this perspective hopeful and encouraging. The church’s current mission to teach, heal, and work toward wholeness for individuals and communities will not come to an end at some imagined “Rapture.” Whatever we do today to fulfill that mission will continue into the future.