Home Articles Did Miriam the Prophet Write Down Most of Genesis and the First...

The Torah asserts that Miriam was a prophet (Exodus 15:20). The Prophet Micah listed three prophets as being sent to lead Israel’s exodus from Egypt: “For I brought you up out of the land of Egypt, and redeemed you from the house of bondage, and I sent before you [Prophet] Moses, [Prophet] Aaron, and [Prophet] Miriam (Micah 6:4). And Numbers 12:2 quotes Miriam and Aaron, saying, “Has the Lord spoken only through Moses? Has He not spoken through us as well?”

If so, when and what did God speak through Prophet Miriam? What was Miriam’s Torah (teaching)?

Some say Miriam wrote down the narrative oral Torah from Genesis 12 through 50 while Moses was in Midian. Midrash Exodus Rabbah 5:18 and Tanhumah Va’era 6 state that the Israelite slaves in Egypt “possessed scrolls which they read.” This probably refers to the oral narrative Torah that Miriam the prophet wrote down for them.

Prophet Miriam also might have written the first fifteen chapters of Exodus, from “these are the names” to the song she and all the Jewish woman sang when the Israelites safely crossed the Sea of Reeds. As the Torah states, “Miriam the prophet, Aaron’s sister, took a tambourine in her hand, and with all the women following her, dancing with tambourines; Miriam sang this refrain: Sing to the Lord . . .” (Exodus 15:21).

Prophet Miriam also might have directly written the Exodus narrative at Marah where “the Lord placed statute and ordinance” on the Jewish people” to get them ready for the covenant at Sinai. What do “statue and ordinance” refer to?

This section includes the Mitsvot to observe the Sabbath (19:3 and 30) and to revere your parents (19:3), as Rabbi Joshua states. It also includes Mitsvot relating to honest business practices (19:13 and 36), robbery (19:13), and prostitution (19:29), as Rabbi Eliezer Hamodai states. This section, sometimes called the holiness code, also includes the Mitsvot to love your neighbor as yourself (19:18) and the Mitsvah to love the stranger as yourself because you were strangers in the land of Egypt (19:34).

Some rabbis say this section (Leviticus 18:26 through 19:37) was given to Moses at Marah and written down as a special memorial book (Exodus 17:14). It was originally part of the Book of the Covenant (Exodus 20:1–24:7) and only later moved and inserted as part of the priests’ rulebook. Many modern rabbis say this section was given to Miriam as oral law Torah and was included in the covenant at Sinai but was not written down until later.

Also, biblical scholar Wendy Zierler states: “Miriam’s role brackets the Exodus story at its beginning and end. The story begins with Moses’ sister standing by the threatening banks of a river, watching as her baby brother is drawn safely from the water. It ends with Miriam standing by the previously threatening banks of the Reed Sea, watching as the Jewish people are drawn safely out of the parted waters, and then singing and dancing in triumph.”

Some feminist readers view Miriam’s chorus in Exodus 15:21 as evidence identifying the song more closely with Miriam than with Moses. Historians and archaeologists point to evidence of ancient women’s leadership roles, particularly in composing and performing songs of triumph, and suggest the song may have been ascribed to Miriam before it was transferred to Moses.

Returning to the final form of the text, we can see evidence that Miriam, not Moses, sings for the entire people. Whereas Moses opens his song with אָשִׁירָה, “I shall sing” (Exodus 15:1), Miriam says שִׁירוּ, “sing” (15:21), in the imperative plural, suggesting that she is leading the entire congregation. 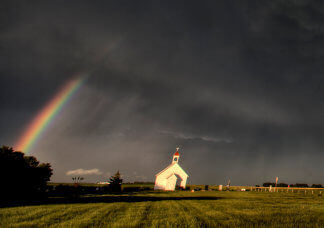 Brian Rose - September 12, 2019
"The United Methodist Church’s legislative body, the General Conference, voted in 1972 to prohibit qualified LGBTQ individuals from being ordained pastors and prohibit United Methodist pastors from performing same-sex wedding ceremonies. Since 1972, these prohibitions have been subject to a contentious debate and efforts have been made to repeal them."

Does the Bible Teach Biological Complementarity?