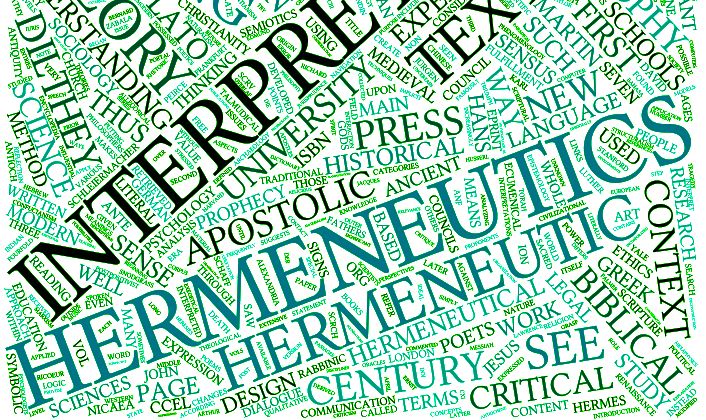 I wasn’t at the seventh conference of the Evangelical Women’s Caucus (EWC) in 1986, but the news traveled fast. The issue of homosexuality had been front and center during the business meeting. A vote on whether EWC should take any public stand on controversial political issues was evenly split. In the end, three resolutions passed—on racism, on violence against women, and on civil rights for homosexual persons, which included a recognition that a small number of lesbian members were part of our organization.

The last topic so distressed some members that they felt they could no longer be part of the same group. Thus was born Christians for Biblical Equality (CBE), our sister organization.

More details can be found in an entry on “Euro-American Evangelical Feminism” in the massive Encyclopedia of Women and Religion in North America (Indiana University Press, 2006, pp 467-476). EEWC-CFT member Sue Horner wrote the historical section, while I tried to analyze the approaches to biblical hermeneutics that drove us apart.

From the beginning, EWC members comprised a big theological umbrella. Some were rooted in Reformed, Calvinist, and Baptist traditions, which I call “core evangelicalisms.” Others were drawn from Methodist, Holiness, charismatic, Anabaptist, or other streams. We might name those “penumbra evangelicalisms.”  Even that over-simplifies our differences. Not long after the 1986 departure of “core” evangelicals from EWC, we recognized the many women from mainline churches, including some from Roman Catholicism, who had joined our group. Thus, we voted to change our name to the Evangelical & Ecumenical Women’s Caucus (EEWC).

One of the leaders of the group that became CBE was Catherine Kroeger, a professor of Greco-Roman classics, who was fearful that women in conservative churches, as well as international women, would find EWC too extreme. CBE has therefore focused its mission toward women in “core” evangelical, as well as fundamentalist, churches. They reach women that EEWC-CFT is less likely to reach.

As noted in the last lesson, a hermeneutic that tends toward biblical inerrancy also prioritizes masculinity and stresses female subordination. But Kroeger and other evangelical feminist scholars have been committed to the equality of women and men and have poured their energies into detailed biblical exegesis, reinterpreting restrictive texts and searching for liberating ones, building on EWC’s original foundation. They have especially challenged domestic and sexual violence against women that arises from power imbalances between the genders.

But homosexuality, more than any other social issue, has pushed these two Christian feminist groups apart. Of the few texts in both Old and New Testaments referring to same-sex sex, the “plain sense” of scripture does not present any of them in a positive light. For evangelicals who hold that the original autographs contain the exact words that God wanted to say (as quoted in the last lesson from the NIV website), this looks like an open-and-shut case. Homosexual practice is a sin. 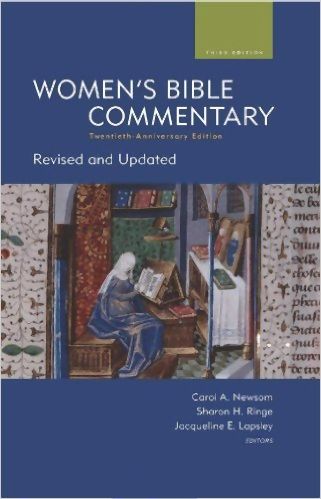 Much more on that in the next lessons. For now, let’s consider a less-charged example of  differing interpretive methods among Christian feminists to help us better understand what’s at stake.

In 1992, Westminster/JohnKnox (W/JK) published The Women’s Bible Commentary, edited by Carol A. Newsom and Sharon H. Ringe. Various women scholars introduce each book of the Bible, focusing especially on sections having particular relevance to women. (A revised and updated edition celebrating the Commentary’s twentieth anniversary came out in 2012 [pictured].) 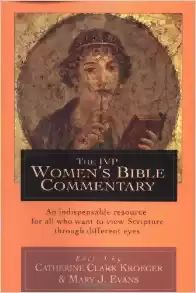 In 2002, InterVarsity Press published the 900-page IVP Women’s Bible Commentary, edited by Catherine Kroeger and Mary Evans. Its 90 contributors collectively discuss every biblical text dealing with women, laws that affect women, and male attitudes toward women. The primary difference I notice between the two commentaries is their underlying attitude toward the Bible. The IVP commentary views both women and scripture in a positive light. These interpreters understand the patriarchal nature of the Bible’s cultural backgrounds, but they look for ways the texts mitigate the harshness of patriarchy. Rather than critiquing the texts themselves as male-oriented with a limited, cultural perspective, the writers protect the scriptures as authoritative (even infallible?) and positive toward women.

At the mercy of a jealous husband?

For example, both commentaries discuss a Hebrew law found in Numbers 5:11-31. If a husband suspects his wife of adultery but cannot prove it, what should he do? The law tells him to bring her to the priest, who makes the woman drink a mixture of water and dust from the floor of the tabernacle. If she becomes ill, she is guilty; if not, she is innocent. But even if she is proved innocent, the husband is not held accountable for his jealousy or suspicions (5:31).

Dorothy Irvin in the IVP commentary stresses the law’s humaneness. It limits the law to married women. It limits the absolute authority of the husband, who cannot kill his wife for suspected adultery without being convicted of murder. He must go through the ritual with an authoritative third party. In this way, Irvin tries to protect both women and the text.

A more mainstream feminist interpreter such as Katherine Doob Sakenfeld in the W/JK commentary freely critiques the law itself. She notes that most of the wording presumes the woman is guilty, and she recognizes how helpless and terrified women with jealous husbands would feel.

If the writers in the IVP commentary assume that these are (close to) the exact words God wanted to tell God’s people, I have a problem with that. Yes, it limits murder of wives—but this is still an androcentric, sexist text. Whatever God might have wanted to say was refracted through a limited, human, and patriarchal assumption that men should have power and authority over women. 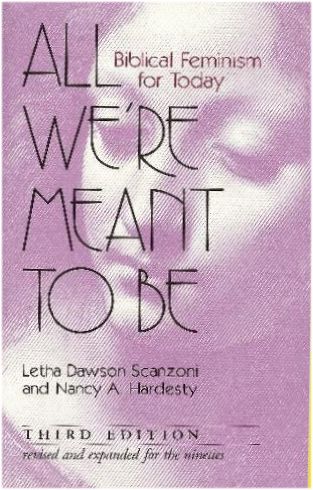 However, other evangelical authors had already charted a middle road that still retains a deep respect for scripture. In 1974, Letha Scanzoni and the late Nancy Hardesty had discussed Numbers 5:11-31 in their chapter on “Women in the Bible World” in their book, All We’re Meant to Be. Although these feminist authors did point out the ritual’s injustice toward women, they noted that the consequences were less severe than similar “trials by ordeal” among the surrounding cultures, which required death for women presumed guilty. This may have set the stage for a slow change in how adultery came to be regarded among the Israelites.

Feminist biblical hermeneutics was an important part of the lifework of the late evangelical New Testament scholar, David Scholer. In a workshop at EWC’s 1984 conference, he further developed Scanzoni and Hardesty’s approach to scripture by stating six principles for responsible biblical interpretation, later printed in EWC’s newsletter, Update (Winter, 1987-88).  This approach can provide a middle way for evangelicals with their high regard for scripture and the need to see it in its varied historical-cultural contexts.

It is small wonder that Christians assuming different biblical hermeneutics often talk past each other. As one who deeply loves and respects the Bible, I will not try to protect it. It may be God-breathed, but it is also a human product with perspectives limited by time and culture.

What do you think?

A Year of Biblical Womanhood: How a Liberated Woman Found Herself...