— More than the wife and mother you were expecting

This past weekend, I was chatting with a friend of a friend, catching up on the kind of life events you share with a casual acquaintance, when I suddenly felt a shift in the conversation.

“So…” he began, his eyes wandering from my left shoulder up and over my head and coming to rest on my right shoulder, an odd mixture of confusion and critique in his furrowed eyebrows. “Are the dreadlocks new?”

“Uh, sort of…” I stammered, somewhat befuddled in my attempt to respond. I explained that I’d actually been “growing” them for over a year but they’ve only just now become noticeable to the outside world. I told him how it had been a busy week for me and my dreads. Three times in one day I received compliments from strangers, which is the only way to really know when your dreads are legit, according to the natural dreadlock website from which I get all my dreadlock information. I told him how good it felt to finally reach the stage where perfect strangers appreciated my hair.

But my acquaintance’s eyes stayed furrowed through my whole spiel. “So,” he managed after a moment of awkward silence. “Where are your kids?” And that’s when it started to dawn on me, with a considerable amount of discomfort, that I was experiencing my first non-positive dreadlock reaction. I mean, he wasn’t trying to be negative, nor did he outright criticize my dreads. He is such a nice man, this acquaintance, tossing his young son up in the air, making appropriate jokes and rocking that polo shirt. He just didn’t get the dreads. He didn’t like them. They did not fit his image of womanhood or motherhood.

What kind of homemaker has homeless hair?

Strangely enough, it’s the homemaker part of my identity, rather than the hair part, with which I am more uncomfortable. Am I the kind of person to have dreadlocks? Absolutely! Dreadlocks are a hairstyle that symbolizes counter-culturalism, free-thinking, antiestablishment. But the homemaker part is different. I’m no June Cleaver and never have been. I’m far more comfortable at a street protest than in a kitchen. In many ways, I’ve found it hard to feel content and complete in my role as mom and wife and domestic manager. This is certainly not the kind of person I ever thought I’d be.

My junior year in college, a friend and I began a discussion group entitled Christian Feminists and proceeded to enjoy the wonderful collaboration of women (and some men) seeking to redefine our understanding, as Christians, of what our genders mean. We talked about stay-at-home dads and women pastors and such, and I deeply believed (and still believe) in all those ways of approaching gender. At that time, I could never have imagined assuming a traditional gender role in my own life.

But here I am. I was given two incredibly energetic, strong-willed, fiery and forceful little girls and it was obvious that someone was going to have to seriously raise them. I found myself with absolutely no marketable skills and married to an easilyhirable mechanical engineer. And he had absolutely zero milk coming out of his chest for the baby. So the decision was pretty clear. Plus, there was a part of me, a good part I believe, that wanted to embrace this turn in my life: to respond with gratitude and openness to the gift of motherhood; to take on all the challenges and come out intact on the other side; to bring to the world two energetic, strong-willed, fiery and forceful grown women. I wanted to be a mom and still be me. I wanted to see if I could do it.

Now, four years in, the truth is I’ve found that task incredibly hard. I am very glad I’ve been my daughters’ primary caregiver since birth. I think I’ve done pretty well for them. But also, more frequently than I’d like to admit, I feel swallowed up by my daughters’ ceaseless needs and constant talking and endless messes. I barely have time to think with such constant activity, much less take radical stands for the things I believe in. Most days I don’t feel I’ve adequately struck the balance between raising children and maintaining my feminist and social justice perspective.

I suppose, really, that’s why I decided to do dreadlocks. In polite company, my answer to the question “why” centers on how I’ve loved them for years (ever since first watching Savion Glover dance; or perhaps even Whoopi Goldberg on Star Trek) and only now found the confidence to try them. I say something like, “If I didn’t do it before 30, I’d never do it!” And that’s all certainly true. But I am realizing more and more— especially under the scrutinizing eye of poloshirt wearing evangelicals—that I am also grasping for the college girl I used to be; the one who helped start a frenzy on campus by using feminine terms for God and whose greatest aspiration was Christian Peacemaker Teams. I am still that girl, under all this apron-wearing domesticity. Really, the dreadlocks are a way to tell the world, without saying a word, “I am more than the wife and mother you were expecting.”

Though, honestly, I’m not entirely sure what I would want people to expect from this wife and mother. My last four years as a stay-at-home mom have taught me that throughout life I will constantly be defining and refining my idea of what it means to be a Woman and a Christian and a Mom and a Feminist. All these labels are so loaded. How I live them out is sometimes so baffling. Have I done right by my children in choosing to stay home with them or have I lost essential years in which I could have built my career? I don’t know. Has my staying home helped them developmentally or emotionally in ways they would have been robbed of in daycare? No idea.

I do know that life is not nearly as simple as it seemed when I was 19. Then, I could easily imagine alternative ways of being a wife and mother as I sat in my college dorm with every meal cooked for me, no rent to pay, no wide-eyed minimes waiting to be cared for. Life in the real world is far less principle and far more practical than I could have known then. And, yet, it’s so easy to descend ever deeper into compromises wrought by practicality until you awake one day and are unrecognizable to yourself. I have felt so close to that sink-hole lately, hands on the double stroller or spatula in hand.

And that’s where the dreadlocks come in.

Because there are other things I know, too. I know I love the looks I get in public when I wear my hair down. I love knowing that people assume I’m the kooky nanny. I love my husband’s assessment sessment that the dreads represent my true personality. I love when I lean over to kiss my 2-year-old goodnight and hear her say, “I love your crazy hair, Mommy¨ as she twists one of my dreadlocks in her little fingers. For me, it’s one small way to remember who I am amidst the daunting challenges of raising two children as a stay-at- home mom.

I am somewhat resigned to the fact that, for a while at least, the first question you may ask me is, “Where are the kids?¨ But I¡m so glad that the second question will now be, “Are the dreadlocks new?¨ I hope in the future I can use these conversations to remind people we are all complicated, interesting individuals who are not defined by our genders or our jobs or our hair. I also hope they will remind me that who I am is not based entirely on what I’m doing at the moment but is also composed of what I choose to think, believe, talk about and write about.

I’m starting to think that the seeming contradiction of my hair and my profession is actually a perfect illustration of who I am. I am more than you were expecting. I am complicated. I’m unique. I’m a feminist homemaker, a domestic activist – a dreadlocked mom. 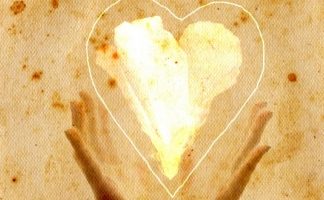 Is There Healing for the Church’s “Mother Wound”?

Susan Cottrell
The patriarchal, task-based church cannot affirm anything outside its box, because – like all good patriarchs – it must banish anything it cannot fix. Unless the patriarchal church squarely faces its Mother Wound and allows the nurturance, tenderness, and compassionate caring that has all too long been associated with the feminine (and thus rejected) to come in, it will not only fail to heal but will grow increasingly irrelevant as it fades away.