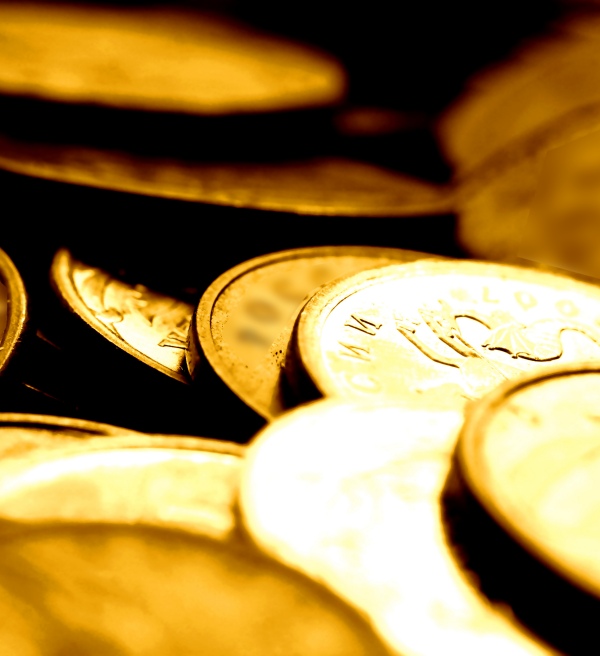 By the seventh bowl, the great city of Babylon breaks up into three parts (16:19). Then, as we saw in the previous lesson, new imagery is used for Babylon—a woman dressed as a prostitute sits on a beast with seven heads and ten horns (17:3). The ten horns are kings who are first attracted to the sexy woman, but in the end they and the beast will hate and devour her (17:16).  It is as though we have been watching a movie and have reached the last frame where the credits begin to roll.

But the “end” has only occurred in the vision, not in actual human history as of 2018, despite various dire predictions. John M. Miller wrestles with the question of apocalyptic time in his commentary chapter on Revelation 17-22. “Theology affirms,” he says, that “the past and future are as present to God as now is to human perception” (Miller, Revelation, p. 143). Though this concept may help to explain the heavenly interludes we have seen before, Revelation 17 and 18 seem especially challenging because of the tight interweaving between past, present, and future within human history.

Here’s the situation in today’s lesson:  after Babylon is destroyed in 16:19, John retells the same event in Revelation 17 in new or re-adapted symbols—such as the beast and the prostitute, as explained above. Chapter 18, then, does not move history forward. Rather, it assumes the destruction of Babylon/Rome from chapter 17 and provides a lengthy lament at “her” funeral.

To do this, John incorporates prophetic material written over 700 years before his time. He uses extended laments over the destruction of Babylon taken from Jeremiah 51-52, as well as over the collapse of the city-state of Tyre from Isaiah 23 and Ezekiel 26-28. Then John adapts this older material from the fall of these ancient powers to apply more directly to Rome and its empire in the times in which he and his churches are living.

And one more time-twist:  although John writes as if Babylon/Rome has already fallen, we in the 21st century know that the Roman Empire survived until several centuries after John.

With this orientation, we can now move into the main theme of this lesson—economics. For much of this material, I am indebted to “The Economic Critique of Rome in Revelation 18,” a chapter in Richard Bauckham’s Revelation commentary, The Climax of Prophecy.

For starters, why does John portray the Babylon/Rome of his day as a prostitute, when the Hebrew prophets do not identify ancient Babylon in this way? Instead, they grieve over the destruction of Jerusalem and its temple by masculine Babylonian armies who then carry many Jews into captivity. Bauckham therefore believes that Babylon’s military might is represented not by the woman—but by the Beast on which she rides.

But the prophet Isaiah does call Tyre a prostitute (Isa. 23:15-17). As a major port along the coast of what is now Syria, Tyre’s main income was from trade. “Tyre’s commercial enterprise,” says Bauckham, “is compared with prostitution because it is association with other nations for the sake of profit” (p. 346). So John seats the harlot, who represents Rome’s exploitative trade, on the beast to symbolize Rome’s imperial armies paving the way for its economic conquests.

To further cement Roman military might with its economy was Roman state religion, which John sees as satanic. This included not only the worship of the divinized emperors, but the worship of the goddess Roma herself. “John’s readers would have recognized the goddess Roma, revealed by the vision in her true character:  a Roman prostitute wearing her name on a headband on her forehead (17:5) as prostitutes did in the streets of Rome” (Bauckham, 343-344).

Chapter 18, then, explains a great deal more about this high-class courtesan “dressed in purple and scarlet and adorned with gold and jewels and pearls” (17:4; 18:16). As the kings of the earth suck up to her and share their luxury with her (18:9), she feels financially secure. Unlike lower-class widows and divorced women who prostitute themselves for pennies, she congratulates herself and insists, “I rule as a queen; I am no widow and I will never see grief!” (v. 7).

In this way, John portrays Rome’s economic activity in terms of exploitation. Though Rome offers other nations the benefit of Pax Romana, in John’s view this promise of peace and prosperity is just propaganda. In fact, she deceives these nations by her sorcery (18:23), the magic arts used by a prostitute to entice her clients (see Nahum 3:4).

Bauckham compares Ezekiel’s list of cargo (see Ezekiel 27) with Revelation 18:11-13, where John takes Ezekiel’s accurate account of Tyre’s trade in the sixth century BCE and substitutes “a list which is just as accurate in representing the imports of the city of Rome in the first century CE.” Bauckham concludes that John is no airy-fairy visionary. “His attack on Rome is aimed at the concrete political and economic realities of the empire in his time” (p. 351). By examining each cargo item (e.g., gold, silver, precious stones, pearls, fine linen, purple, silk, scarlet, etc.), Bauckham illustrates how each is an expensive luxury destined for only the wealthiest citizens of Rome (pp. 352-371). Last on the list are human slaves. As the city expanded and the rich got richer, more and more slaves were needed. (For example, the Jewish historian Josephus notes that the Jewish War of 70 CE alone produced 70,000 slaves.)

As Rome burns, who else laments her demise? In Revelation 18: 9-19, John names three groups of mourners: the kings, the merchants of the earth, and the “shipmasters, seafarers, and sailors” (vv. 9, 11,17-18). These are precisely the people who benefitted from Rome’s economic exploitation of her empire.

Babylon/Rome falls, not because of God’s punishment, but because of an abusive and mismanaged economy. In the next lesson, we will begin glimpsing what happens “after the fall.”

1.  How does Richard Bauckham’s explanation of Rome represented as a whore compare with the views expressed in Lesson 28? Which makes the most sense to you?

2.  Since men were far more involved in trade than women, should John have used a male prostitute instead of a female to represent Rome?

3.  How would you compare Rome’ economic situation in Revelation 18 with America’s trade practices today? Do large companies exploit workers at home and abroad? How do you evaluate the recent law passed by Congress lowering tax rates for corporations?