Home Where She Is Blog Equality as a Multiple Choice Test 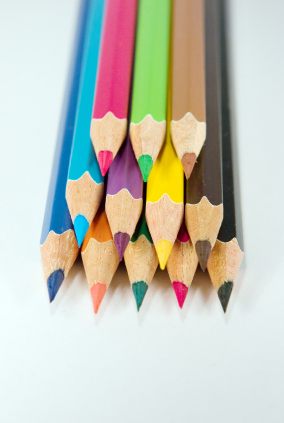 Circle all that apply.

1.  An LGBT person should be equal to a straight person in their ability to:

a)  Be treated as their partner’s next of kin in a hospital.
b)  Inherit joint assets upon their partner’s death without having to pay steep inheritance taxes.
c)  Claim employment benefits or pensions that would be due an opposite sex partner.
d)  Rent a house from any landlord.
e)  Get and keep a job they are qualified to hold.
f)  Stay at any public overnight accommodation, be served at any restaurant.
g)  Worship at any church they want to attend.
h)  Be a minister at any church in any denomination in which they feel called to serve.
i)  Get married in any church they belong to.
j)  Get married in the state in which they live.
k)  Adopt children with their partner.
l)  Teach at any school at which they are qualified to teach.
m)  Act in a leadership capacity for children’s scout troops, church youth groups, or youth athletic teams.

2.  I have a responsibility to:

How did you do?  Probably most of my regular readers will circle every answer, but I am well aware that’s not the case for everyone.  My own experience and observation leads me to believe that people in general are circling more answers now than they were thirty years ago.  Thirty years ago a lot of people refused to circle any of them.  Now, I think almost everyone circles at least one or two.

Standing here, as a lesbian, surrounded by other LGBT people and strong allies almost all the time, it’s easy to forget how hard it is for many, many people to circle even a few.   A lot of people have been taught from birth, and from a bunch of different angles, that LGBT people are mentally ill, or sexually perverted, or pose a danger to “decent” society.  They’ve been told over and over that “good” people must avoid homosexuals at all costs.  So all they know is the myth.  They never get to see the plain old people involved.  They never get to see our hope, our pain, our frustrations, our creativity, our woundedness, or our surrender to authenticity and love.

But we’re much more visible than we ever were before, so it’s hard to escape hearing about us.  And I think that most everyone, at some point, has heard a moving story about something that happened to an LGBT person, a compelling story about some injustice that would touch any compassionate soul.  And that story might cause a formerly intolerant person to think to themselves, “Well, that’s just not right.”  And in thinking that, they wind up circling one of the answers on the test.

Going against everything you’ve been taught, to circle that one,  is actually pretty radical.  Taking a solitary stand in opposition to what seems like everyone and everything you have ever known is pretty hard work.

But I won’t deny it, it’s usually very difficult for me to appreciate that.

Too often I expect a person paralyzed by everything they’ve ever learned, to get up out of their wheelchair and run toward me.  But the reality of it is that I might be better served by celebrating the miracle that they, for the first time ever, wiggled their big toe.

I wonder if you are like me, and you get totally frustrated and hurt when a few of the people you love don’t just cruise on down the multiple choice test.  “Yep, yep, yep, that’s me, yep, that one too…”  Or when they make it all the way through the first question, but stall out big time on the second.

I want everyone I love to know that equal is equal.  It’s either equal or it’s greater than or less than.  It’s as simple as elementary school math.   When something happens and I realize that some of the people I love can’t circle all of the answers, when they maintain friendships with people who hardly circle any, when they are clearly not interested in acting or speaking out to end institutional discrimination against ME, I feel betrayed and belittled.  My first inclination is to strike at them with angry words, or short of that, simply walk away, back into my own circle where everyone is LGBT or a strong ally.

But though it feels compelling to do that, it just doesn’t feel right.  So instead I sit with it.  And I start four different essays, exploring it.  And I talk about it with people I trust.  And I sit with it some more.  Until eventually, something comes that feels right.

I’d like it if everyone was very well aware that equal is equal, that anything else is greater than or less than.  Because I want to believe that in my life I will experience at least a little time in which I am equal, not less than.

And my job is to reach for Her grace to help me make peace with that, so I can love them all.

Outside the Lines: How Embracing Queerness Will Transform Your Faith