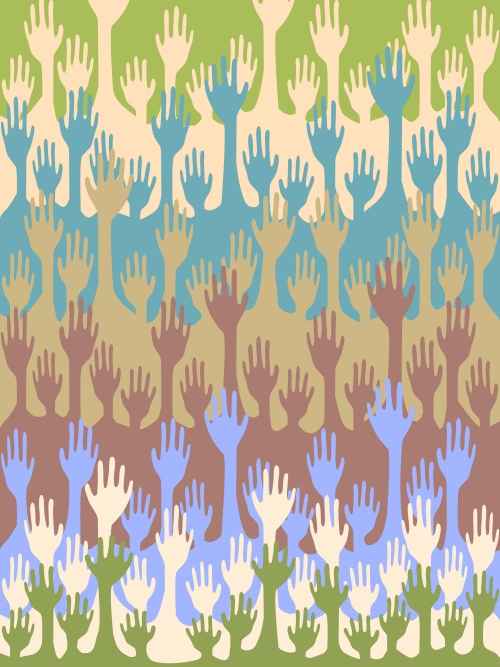 On March 13, 2017, Michael J. Sharp, 34, a Mennonite peace worker with the United Nations, went missing in the Democratic Republic of Congo. He was one of six people on a fact-finding mission in Congo’s central Kasai region, this time searching for mass graves beyond the twenty-three already documented. Sharp’s work included demobilizing armed groups and investigating human rights abuses. On March 27, his body was found in a shallow grave, along with another U.N. colleague, Swedish Zaida Catalan. The four Congolese members of their team remain missing. Sharp had learned peacebuilding in his Mennonite home, in schools and universities he attended, and in Germany where he had worked in peacekeeping and conflict resolution. He had been in the Congo since 2012. (Among the numerous  media outlets reporting on Sharp’s exemplary life and tragic death were The Mennonite World Review, the Washington Post, and Sojourners. An NPR essay included Sharp’s description of building rapport with some of the violent rebels by understanding and drawing on their yearning for an imagined past glory.

I never knew Michael Sharp personally, although he attended the same college I had years earlier. But I know many people who did know him as a person deeply committed to peacemaking. I imagine him someday “standing before the throne and before the Lamb” (Rev 7:9) as part of the uncounted multitude who came out of “the great ordeal” (7:14).

How does this majestic vision of Revelation 7:9-17 tie in with the first part of this chapter? In Lesson 14, we saw that 7:1-8 was part of the sixth seal and was taking place on earth. What sounded like the “End-Times” in 6:12-17 was actually symbolizing the current condition of the Roman Empire and events the seven churches of Asia Minor were living through or expecting to happen. The Church, as the continuation of Israel and as the sealed representatives of the slaughtered Lamb in the world (7:4-8), was arranged in battle formation to challenge the idolatrous powers around them.

In 7:4, John had heard that the number in this army was 144,000—about as high as ancient people could count in the Roman numerals of their day. But in 7:9-17 the scene shifts from earth to heaven. Here, the church that has been militantly, though non-violently, confronting evil on earth is now pictured after the battle is over. John sees a multitude of people so great no one can count them. All Israelite categories are gone; this crowd is actually from “every nation, from all tribes and peoples and languages” (7:9).

John never portrays the martyrdom of these faithful believers in the “great ordeal” (7:14). We only see the church triumphant after it is over. They are wearing the white robes of victory promised to them in 6:9-11. Continuing the irony of victory through death, their clothes are white and clean only because they are washed in blood—the blood of the slaughtered Lamb (7:14). As Eugene Boring’s commentary poignantly explains, “[The martyrs’] death becomes one with the Lamb’s death; Christology and discipleship fade into each other (cf. 12:11). And the Lamb who gave his life’s blood for others is also the Shepherd who rules from the midst of the throne (7:17). In surrealistic pictures . . . John lets us see the suffering love of the One who dies for others enthroned and ruling at the heart of the universe” (pp. 131-32).

A diverse but selective group

I am intrigued by the description of the huge crowd in heaven as “from every nation, from all tribes and peoples and languages” (Rev 7:9). Although John is a conservative (probably Palestinian) Jew, his vision moves from the image of Christians portrayed as the true Israel to an unnumbered crowd (think of the worldwide total of Women’s Marchers on January 21, 2017!). They come from every ethnic group in the world. No racists can be among this victorious crowd, no nationalists shouting “America First!” No one can pull rank over any others because of skin color or hereditary pedigree. And, although John does not mention gender, we must imagine that women comprised at least half of the multitude.

In his Revelation commentary, the immigrant Hispanic theologian Justo L. Gonzalez explains John’s universal point of view as a paradox. “It is precisely because he is deeply rooted in his culture and tradition that John has to come to grips with the multicultural challenge that he faces.  If he did not care for his own culture and tradition, he might convince himself that cultures after all make no difference, that their variety is not important, that they can simply be ignored or assimilated” (p. 69.) Instead, this theme of “every tribe and language and people and nation” occurs seven times, with slight variations, throughout Revelation. Gonzalez’s entire commentary highlights the value of intercultural relationships and thus prepares Christians for both a present and a future with believers from every nation, tribe, people, and language.

John draws his multicultural descriptions from the book of Daniel. Beginning in Daniel 3:4, the term “peoples, nations, and languages” pervades the first seven chapters (3:7, 4:1, 5:19, 6:25, 7:14), as Daniel tells stories about the Babylonian kings Nebuchadnezzar, Belshazzar, and Darius, who promote their own world-wide dominance. The plot in this text, says Gonzales, “could be summarized as a struggle regarding who has real authority over the peoples, nations, and languages” (p. 70). As we shall see later, John’s parallel are the “beasts” who claim similar authority (see Revelation 13).

Last, do not forget the exquisite poetry of Revelation 7:15-17. More than any other document, Revelation is truly the songbook of the New Testament.

Justo L. Gonzalez. For the Healing of the Nations: The Book of Revelation in an Age of Cultural Conflict. Orbis Books, 1999. Pp. 69-70.