Home FAQ Blog Because of the Angels? Can Someone Explain First Corinthians 11:10-15? 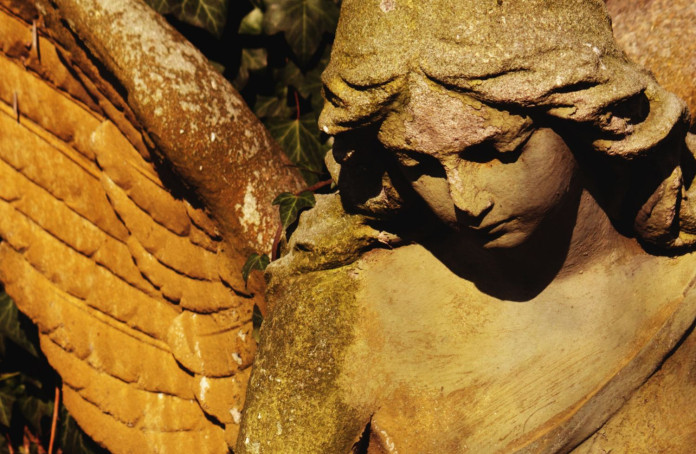 Wanda wrote in with a question.

Here are the verses in context:

10 For this reason a woman ought to have a symbol of authority on her head, because of the angels. 11 Nevertheless, in the Lord woman is not independent of man or man independent of woman. 12 For just as woman came from man, so man comes through woman; but all things come from God. 13 Judge for yourselves: is it proper for a woman to pray to God with her head unveiled? 14 Does not nature itself teach you that if a man wears long hair, it is degrading to him, 15 but if a woman has long hair, it is her glory? For her hair is given to her for a covering. 16 But if anyone is disposed to be contentious—we have no such custom, nor do the churches of God.

This is a very curious passage with a variety of explanations. I’ve written a little article exploring some of the proposed interpretations with my own personal opinion at this web site.  Read it here.

“Because of the Angels”: Head Coverings and Women in 1 Corinthians 11:2-16 and 14:34,35, is a longer 5,000-word essay I’ve also written on this topic and self-published through CreateSpace and Amazon.  Click here to purchase on Amazon.

Having recently co-written a book on 1 Corinthians, Creating a Scene in Corinth: A Simulation, I’ll offer some information.  I think Mark’s article explaining 11:2-16 and women’s “covering” is as good as any I’ve read.

As my co-author George McClain and I worked on this text, we concluded that this is the most confusing passage in all of Paul’s letters. Confusing because he starts out with a gender hierarchy, and then reverses himself later. Confusing because of the angels and what he might mean about what women put on their heads—a veiling or tying up their own hair (as in Richard Hays’ book, First Corinthians: Interpretation: A Bible Commentary for Teaching and Preaching). Bruce Winter in his detailed book, After Paul Left Corinth, notes that another meaning of “angel” is “messenger” or “scout.”  Might this refer to curious Corinthians who peer into worship services held in the atrium of some patron’s house and see women not behaving as the culture expects?

BTW, Paul is wrong about “nature” teaching us the length of men’s and women’s hair. Nature grows hair the same on men and women. He means “culture.” In spite of paintings of a Caucasian Jesus with shoulder-length hair, both Roman and Jewish men would have had shorter hair.

Is it possible that Paul was concerned about proper gender decorum in these worship services for the sake of outsiders? For example, in 5:1, Paul is outraged that a man living with his father’s wife should still be in the church—because it is not even done among the pagans! Yet he does not ask elite males who visit prostitutes to be kicked out (6:12-20) even though he is totally opposed to such behavior. This is probably because it WAS very common among pagan Corinthian men, and he knows these converts have a long way to go to change their lifestyle to conform to Christ.

Paul is also concerned about tongues-speaking turning off unbelievers (14:22-25).

Throughout 1 Corinthians, Paul was adamant that Jesus-believers must march to a very different drummer than the polytheistic culture around them–BUT he did not want them to do things that would deliberately offend outsiders if it was not part of Jesus’ gospel. Some of them thought that “all things are lawful,” but he insists that “Not all things are beneficial” (6:12). Judging by the standards of agape love in chapter 13, they were supposed to be different enough as it was!

One note on men NOT being veiled (11:7): it was customary at that time for Greco-Roman men to veil themselves when sacrificing in a temple. Did Paul change the rules for Christian men to differentiate them from the pagan culture?

Another aside: in the roleplays I have done in classes on 1 Corinthians, we women learned another reason why Paul was concerned about what women had on their heads: when they would worship by speaking in tongues and prophesying enthusiastically, their veils would slide off! That was our experience when we simulated one of the house churches! Remember, Paul never asks women to sit down and shut up in this text!

My overall take on Paul is that he is still in process when it comes to gender issues. According to Acts, Paul studied in Jerusalem with Pharisees. We know people in the eastern part of the Roman Empire were more conservative. So when Paul moves west and starts preaching, Acts often tells us his most interested converts were women. Women were more liberated in the West (think Lydia, Prisca, Junia, Chloe, Nympha, and many others). Paul no doubt had to rethink some of his views, and in 1 Corinthians 11:2-16 we catch him somewhere in the middle of that process–hence the confusion in that text!