Home ViewPoint Blog What Does Family Therapy Have to Do with the XL Pipeline, Climate...

A ViewPoint  by Diane Marshall 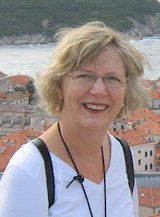 As a family therapist, I have frequently been asked by professional colleagues why I get involved with social justice issues, and currently, with environmental justice and climate change concerns.  This is a brief attempt to draw together some reflections around family therapy, community involvement, and political engagement.

Forty years ago, as a single mother of three, I began working for the first elected social democratic government in British Columbia, as the executive assistant to a United Church minister who was the provincial representative  for the riding of Dewdney.  The riding was very large, running along the north shore of the Fraser River and incorporating several penal institutions, and three Aboriginal communities as well as several large towns and villages, farms, and logging camps.  I learned a lot about advocacy for the poor, the marginalized, and what it was like to visit a maximum federal penitentiary regularly and come to know several “lifers”.  One in particular —Moses, a member of the Coast Salish people—  had been sentenced to life imprisonment for murder (Canada has had no death penalty since the 1960’s, and in fact the last execution in Canada was in 1962), but had become a Christian in jail and served as a native spiritual counsellor to many of the younger inmates.  For many years after I left the area to move to Vancouver to complete a Masters in Counselling Psychology at the University of British Columbia, and to Toronto to live and establish a private practice at the Institute of Family Living, Moses and I corresponded.

My Master’s thesis was on counselling immigrant women.  Having lived and studied in the Philippines several years earlier, I was deeply affected by what it felt like to be a visible minority in a new culture (this year of study followed an overland trip from England to India by bus, camping throughout southern Europe,  Turkey and the Middle East and Iran.  The bus actually broke down in Quetta, Pakistan, but that’s another story…)

All of the above is to say that a growing awareness of the experience of those who are new Canadians, or outcast Canadians, contributed greatly to the way I have sought to practice family therapy during the past 36 years.  Learning how to use a systemic lens, which includes the culture, religion, the social and economic status, and the emotional familial dynamics are essential to being able to do effective family therapy.  New therapeutic models conceived in the 1980s, such as “Just Therapy” (developed in New Zealand) and “Narrative Therapy” (developed in Australia) have also been very helpful.  Both these therapies have drawn on the experience of the aboriginal peoples of their territories.  My own experience of First Nations people was deepened by being invited as the only non-Native person to an Aboriginal Council of World Vision Canada.  The ten year experience of being part of this Council, the members drawn from tribes all over Canada, including the far north, was deeply informative, and was genuinely a soul experience. 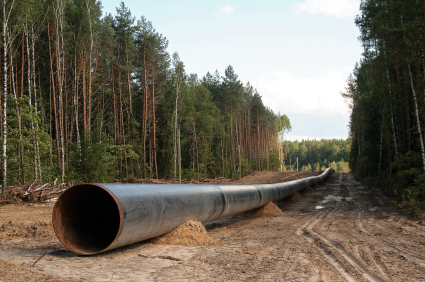 Thus, when I answered an invitation to join the Environment Committee of the Anglican Diocese of Toronto a few years ago, it was immediately obvious that we couldn’t advocate for the environment, or speak out on climate change, without advocating for First Nations communities.  And nowhere was this more evident than in the expansion of the Alberta tar sands (known as bitumen, which is actually “dirty” oil) and with the various pipelines (including the Northern Gateway Pipeline and the Keystone XL Pipeline) being proposed to transfer the bitumen to ships or to refineries.  These pipelines directly impact the already devastating destruction of land, forests, aquafers, rivers, and wildlife in Alberta and in British Columbia, as well as in the United States.  But just as important, the pipelines would devastate with ever present dangers of toxic wastes and scarring traverses through the First Nations communities along the routes.  The Canadian environmental protection agency has just completed its hearings into the Northern Gateway Pipeline (which is proposed to take bitumen from the tar sands over the Rocky Mountains, and across northern British Columbia, so that giant tankers from China could pick it up at a port on a deep fjord!!).  Every native community and all environmental groups have opposed this development, but, as with the United States’ President’s decision on the Keystone XL, the Canadian government will make the ultimate decision on Northern Gateway.

The question facing all of us is whether the unbridled dependence on oil and gas that marks our North American economies and lifestyles, or the creation-care vision articulated by environmental and Aboriginal groups, will determine our future.

The letter issued June 17, 2013 by the ten Nobel Peace Laureates  is addressed to President Obama.  It is inspiring, and is the voice of wisdom.  They see the connection between the global south, and the world’s impoverished peoples, and the stark reality of the climate crisis.  They believe that now is the time for leadership by the United States on climate change, and see that the rejection of the Keystone XL pipeline is a critical step in limiting the expansion of the Canadian oil sands, which are acknowledged to be Canada’s fastest growing source of greenhouse gas pollution.

The letter reminds the President and Secretary of State that, “Climate change threatens all of us, but it is the world’s most vulnerable who are already paying for developed countries’ failure to act with their lives and livelihoods. This will only become more tragic as impacts become worse and conflicts are exacerbated as precious natural resources, like water and food, become more and more scarce.  Inaction will cost hundreds of millions of lives—and the death toll will only continue to rise.”  Thus, President Obama’s subsequent message on June 25  about climate change and the necessity of reducing greenhouse gas emissions is greatly welcomed!

So to return to family therapy.  In seeking to use a systemic lens, and to bring my thought, prayer and action as a citizen and as a member of the global community into my work, I have increasingly realized that I cannot fail to be aware of the needs of refugees, including climate refugees, coming to Canada.  My work includes consulting to a Christian refugee agency, Romero House (named for the martyred El Salvadorian Bishop Oscar Romero), and being a part of an Amnesty International action group.  The needs of the newcomers to Canada, the Aboriginal first peoples of Canada, the modern families seeking to find healing and restoration of relationship, all are interwoven into the fabric of this remarkable country I call home.