Home Where She Is Blog The God We Serve – Adam Ackley, Azusa Pacific University, and EEWC 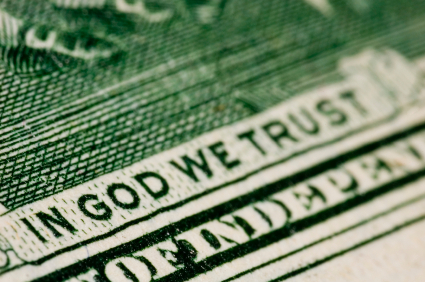 The Salon.com headline reads, “Veteran theology professor asked to leave Christian college after coming out as transgender.”  The theology professor, Heath Adam Ackley, is quoted as having said that the people from Azusa Pacific University who asked for his resignation didn’t seem to have a problem with his transgender identity, but their concern was that “donors, parents and churches connected to the university” just might.

Let’s translate that.  “We don’t have a problem with you, it’s those other people we’re worried about. You know, the ones with the money.”  Apparently in the view of the administration, allowing Ackley to stay on at Azusa Pacific would be a terrible business move.

More than 25 years ago, during a conference of the Evangelical Women’s Caucus (EWC, now known as EEWC-CFT) in Fresno, CA, a resolution was brought before the membership and passed.  The resolution  acknowledged the lesbian minority within our organization, and after considerable soul-searching and discussion, a majority of members present at the conference  took “a firm stand in favor of civil rights protection for homosexual persons.” You can read what Nancy Hardesty has written about it here.   And here’s how the Los Angeles Times covered it.

From an organizational and economic standpoint, passing that resolution was crazy.  It cost hundreds of members and, thousands of dollars in future contributions. But most disastrously, approving the resolution left EWC, an evangelical Christian organization, with very little biblical credibility in the evangelical world.  To say it was a terrible business move is the understatement of the year. But passing that resolution was a righteous and just thing to do.

There’s something I noticed a while ago that few people seem willing to acknowledge.  Here in America there is one god worshiped above all others. That god’s name is capitalism.  The worship of capitalism is obvious, but we just don’t want to see it.  Consider how we have been stubbornly ignoring business practices that contribute to the rising inequality in America and the vast numbers of people now living in poverty.  Consider how studies show that we admire the rich, and despise the poor.  Consider how we permit businesses and the military to operate in ways that defile Divinity’s sacred creation.  Putting capitalistic considerations above all other concerns is, sadly, the American way.  Over and over we prove that as a society we prefer “good business decisions” to decisions that are right and just.

So, it is no surprise to me that Azusa Pacific University has asked Heath Adam Ackley to go away.  And it is no surprise to me that the people who asked him to do so were apparently not concerned about the justice or righteousness of the request.  As is usual, capitalistic considerations trumped all others.  I do wonder, though, if they realize that in making their request they have clearly illuminated which god their “Christian” university serves.  And I can’t help but hope more than a few people will notice.

What does still surprise me is when any group of Christian people decide to move against the grain of capitalism, and act in a just and righteous manner.  And it is profoundly moving to know that EWC did exactly that, way back in 1986.  By their righteous and just action, this group of women and men clearly illuminated which God they serve.  And I am delighted that the time has come for more than a few people to notice.

A Christian University, a Transgender Professor, and Employment Justice: Conflict in the Law by Julia Stronks
To Revere the Image of God in Every Person by Virginia Ramey Mollenkott

Two more reading suggestions from recent editions of our Link of the Day feature:
A supportive parent writes about God’s gift of a gender-nonconforming child
How do conservative Christians regard transgender people?

Change.org is hosting a petition to be presented to Azusa Pacific University Administration saying simply, “Create safety for transgender students and faculty.”  Please sign it.