Home Articles The Gospel of Mary: An Inclusive Gospel

With so many ancient Gospels named after men – Matthew, Mark, Luke, John, etc. – how refreshing it is to find an ancient Gospel named for a woman. Lost and forgotten for more than a thousand years – in fact, totally unheard of in modern times prior to its discovery in 1896 – “The Gospel According to Mary” is as amazing as its title suggests. This text from antiquity speaks too powerfully to contemporary social and spiritual concerns to be ignored.

Mary Magdalene herself endured the ignominy so familiar to all who have experienced marginalization in spiritual communities. Both in life and in death, she bore the brunt of social resentment before being divinely vindicated. From the original male disciples who refused to believe her proclamation of Jesus’ resurrection (cf. Luke 24:10,11) to Pope Gregory who officially pronounced her a penitent prostitute, people of all generations have seemed eager to discredit her. But her voice, far from being silenced, has now emerged clearer than ever through the Gospel that bears her name.

So far, three ancient copies of Mary’s Gospel are known to exist— though none of them have been preserved in their entirety. The most complete copy is found in the Berlin Codex, a book written in Coptic (a combination of Egyptian and Greek) in the fifth century CE. The text is clearly a translation of an earlier Greek original. Two smaller Greek fragments date as early as the third century, proving it was widely copied in antiquity. By comparison, only one Greek version of Mark dates as early as the third century. Considering the apparent context of Mary’s Gospel, most scholars believe it was originally written in the early second century – at least as early as the latest books of the canonical New Testament.

So who was Mary Magdalene? Ancient texts have described her as Jesus’ follower (cf. The Gospels of Mark and Luke), disciple (cf. The Gospel of Peter), companion (The Gospel of Philip), and yes, “apostle to the apostles” (countless medieval writers). But Mary’s Gospel portrays her in the most remarkable light of all.

Jesus’ teachings preserved in Mary’s Gospel are familiar, yet condensed in a profound way. In this post-resurrection scene, we read Jesus’ final words to his disciples:

After the Blessed One said these things, he greeted them all and said, “Peace be with you! Acquire my peace. Be careful not to let anyone mislead you by saying, ‘Look over here!’ or ‘Look over there!’ Because the Authentic Person exists within you. Follow that person! Those who seek will find.

“So go and preach the gospel about the kingdom. Don’t lay down any rules beyond what I’ve given you, nor make a law like the lawgiver, or else you’ll be bound by it.” After he said these things, he left (Mary 8:12-9:5).

In most Gospel narratives, Jesus’ appearance to his disciples brings comfort and reassurance. Mary’s Gospel is unique, however, in showing the opposite reaction. In Mary’s Gospel, Jesus’ departure is followed by even greater anxiety among the disciples (Mary 9:6-12). That’s when Mary steps forward to pick up where Jesus left off:

Then Mary arose and greeted them all. She said to her brothers and sisters, “Don’t weep and grieve or let your hearts be divided [distressed], because his grace will be with you all and will protect you. Rather we should praise his greatness because he’s prepared us and made us authentic people” (Mary 9:12-20).

This text takes on added significance when compared to parallels within the canonical Gospels, especially the Gospel of John. Here’s John 14:25-27 from “The Inclusive Bible”:

This much have I said to you while still with you:
but the Paraclete, the Holy Spirit
whom Abba God will send in my name,
will instruct you in everything
and she will remind you of all that I told you.
Peace I leave with you;
my peace I give to you;
but the kind of peace I give you
is not like the world’s peace.
Don’t let your hearts be distressed;
don’t be fearful.

Some parallels are obvious, such as Jesus enjoining peace upon his disciples. But there’s much more going on here than superficial similarities. Notice that in John’s Gospel, Jesus promises to send the Holy Spirit to remind his disciples of all that he has said. In Mary’s Gospel, it’s Mary who emerges from among the disciples to remind them of his teachings and encourage them not to be distressed. In Mary 9:12-24, Mary actually fulfills the role that Jesus promised of the Holy Spirit in John 14:26.

What does Mary’s Gospel mean when it talks about “authentic humanity”? The actual term in the Coptic is more literally “the Son of Humanity,” an ancient idiom which in Hebrew and Aramaic meant “human.” Sometimes used as a messianic title, the term in ancient Jewish and Christian texts seems to point to the ideal human, humanity as it was divinely intended to be.

The spiritual path to authentic humanity is dramatically displayed in the central drama of Mary’s Gospel, a narrative often described as the ascent of the soul (Mary 15:1-17:7). The narrative relates Mary’s vision of a soul encountering (and overcoming) seven malevolent powers that seek to keep it bound and drag it down. Is the vision an imaginative picture of life after death, or a description of how each and every human soul can overcome the demons that oppress us here and now, just as Mary herself was said to have been released from the grip of seven demons in Luke 8:2?

A practical application of Mary’s vision to real power structures is modeled in the remainder of the text (Mary 17:7-19:5). Andrew reacts to her story with doubt and Peter reacts with outright hostility, asking:

“He didn’t speak with a woman without our knowledge and not publicly with us, did he? Will we turn around and all listen to her? Did he prefer her to us” (Mary 17:15-22)?

Peter’s hostility toward Mary is described in other ancient texts, the Pistis Sophia and the Gospel of Thomas. In each of these texts, Peter betrays a sexism no less vile and destructive than any found today. But like Jesus who rebuked Peter, Levi calls him out:

In response Levi said to Peter, “Peter, you’ve always been angry. Now I see you’re debating with this woman just like the adversaries. But if the Savior made her worthy, who are you to reject her? Surely the Savior knows her very well. That’s why he loved her more than us.

Rather we should be ashamed of ourselves, clothe ourselves with authentic humanity, and acquire it for ourselves as he instructed us. We should preach the gospel, not laying down any rules or laws beyond what the Savior has said” (Mary 18:7-21).

Shortly thereafter, the Gospel ends on an enigmatic note. It says that “they started to go out to teach and preach,” but it doesn’t specify whether it was only Mary and Levi who went out to spread the good news or whether the other disciples joined them. How did Peter react to Levi’s rebuke? Did Andrew and Peter come around, or did they split off to go their own way and set up an exclusive (male) hierarchy, laying down oppressive rules and regulations instead of proclaiming the liberating justice of Jesus? Mary’s Gospel doesn’t answer that question, making it a question for all of us today. How will we respond today to the liberating message of Mary’s Gospel? Will we perpetuate the cycle of dominating and being dominated in this world, beset by anxiety and oppressive powers that bind us and drag us down, or will we seek the authentic humanity that will free us and others from the grip of injustice? Only we can answer that question for ourselves. 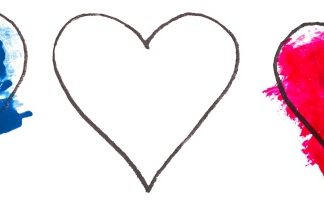 Anne Linstatter
by Anne Linstatter On June 20, 2001, many people were reading and talking about the latest sensational news story: a mother in Texas, Andrea...

Recipes, Crafts, and Funerals? A Professor Shares a Student’s Surprising Story of Pinterest

Whispering the Word: Hearing Women’s Stories in the Old Testament