by Nancy A. Hardesty

(Adapted from the Introduction to Nancy Hardesty’s book, Great Women of Faith. Published in 1980 by Baker Book House. Used by permission of the author.)

At the same time, women have been the life of the church – always a majority of its membership, its worshiping communities, its monastic life. Its ministries to others.  But within Christianity there has been deep distrust, disdain, and sometimes even dread of women. Take, for example, Tertullian’s, “You are the devil’s gateway,” or Aquinas’s “Woman is a misbegotten male,” or Barth’s “Women are ontologically inferior.”

Women have long felt that pain, that persecution. “Raised consciousness” among women is not only a recent phenomenon. Alert women through the ages have felt the pressures of prejudice. Paula was stung by the criticism Jerome received for allowing women to aid in his translation work.  Hroswitha was very aware that poet and playwright were not considered vocations for women. As mystic and saint, Teresa of Avila once said, “The very thought that I am a woman sometimes makes my wings droop.”

Despite being scolded that God did not want their service and that the church did not need it, these women and a mighty army of others persevered. Their contributions to the life of the church are evident to all who carefully read the record of church history.

Women have been told that they are weak and in need of protection. Yet it has often been women’s strength and influence which has protected the church. Just as Pope Leo noted of Pulcheria, many women have been defenders of the faith, raised up by God “for such an hour as this” to change, challenge, and watch over the church. Marguerite, Jeanne, and Rene, along with many others, worked for the Protestant Reformation; Catherine of Siena and Teresa of Avila worked for reform within the church.

Women are particularly evident among the lists of saints of the church – those whose lives and writings have illumined the life of holiness for all of us: Thecla and the Melanias, Elder and Younger, in the early centuries; mystics Catherine of Genoa, Julian of Norwich, Teresa of Avila and Madame Guyon; Methodists Mary Bosanquet Fletcher, Hester Ann Rogers, and Phoebe Palmer; twentieth century women Evelyn Underhill, Simone Weil, Mother Teresa, and Corrie ten Boom. As someone once remarked, women are most visibly included among the saints and martyrs of the church where the only criterion is personal piety. In this they have excelled, and no one could bar their way.

Studies in psychology have shown that, for whatever reason, women do seem to shine in verbal aptitude. This has been evident in the life of the church. Women from Paula (with Jerome) to Anne of Bohemia (with Wycliffe) have encouraged the translation of Scripture.  Helen Barrett Montgomery and Ramabai are among those who have made extensive translations of Scripture themselves – a ministry which continues among the many unsung women of the Wycliffe Bible Translators. Women have always been the backbone of Bible and tract societies.

Women have also preached the Word of God – whether they were licensed, ordained, or not.  Their eloquence is widely attested; concerning couples such as the Palmers or the Booths, it was often remarked that the woman was the better preacher.  Despite intense opposition, Mary Fisher, Antoinette Brown, Maggie Van Cott, Lydia Sexton, Amanda Smith, Clarissa Danforth, and innumerable others have spread the Word of God around the world.

Consistently, they have loved not only in word but also in deed. While women have been theologians – Phoebe Palmer changed entirely the concept of sanctification; Catherine of Siena and Teresa of Avila were named “Doctors of the Church” alongside Aquinas – they have always coupled thought with action. Catherine fed the poor and nursed the sick. Palmer visited the prisons. Missionaries like Ann Hasseltine Judson translated Scripture, and she also wrote grammars and taught people to read. Missionaries Ida Scudder and Clara Swain built medical institutions to heal the sick. They followed in the train of Fabiola, friend of Marcella and Paula, who built hospitals in Rome, and of Catherine, who founded hospitals in Genoa. Florence Nightingale offered to serve the Church of England and was refused; she had to go to Germany to learn nursing. Ramabai’s Mukti Mission has become a total haven for girls and women, providing shelter, food, clothing, education health care, and opportunities to serve others in turn.

Central to all of these women’s lives was their love for God, their devotion to Christ, and their compassion for others. Love. Christ commanded that we love God with all our heart. These women did so, often with an intensity and selflessness that affronts us the the post-Freudian, narcissistic world in which we live. May their example encourage and inspire us in our service for God as women today. 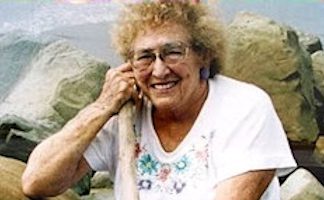 Letha Dawson Scanzoni
Throughout her life, Margo Goldsmith served as a role model in demonstrating what women can achieve and how they can use their achievements to make the world a better place.

A Christian University, a Transgender Professor, and Employment Justice: Conflict in the Law