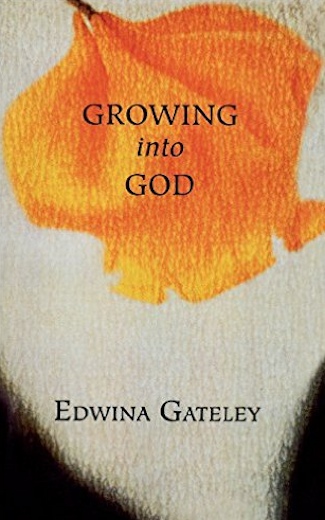 My wife Liz, an EEWC member, has brain cancer. She was diagnosed on Memorial Day, 2002. She had a 50% chance of surviving a year; yet, at the date of this writing, she has survived 16 months and has neither symptoms nor signs of tumor on her brain scan. How can we account for this miracle? Was it her skilled physicians, her deep faith in God, the numerous prayers said for her, the support of her family and friends, her fighting spirit, the healing power of meditation and music, or an admixture of all of the above?

While there are no easy answers to my question, I’d like to talk about the meditative powers of music and poetry. About 20 years ago Liz joined the EEWC. She gradually developed relationships with various EEWC members, both locally and nationally. One friendship, which has deepened greatly in this past year, has been with Letha Dawson Scanzoni, the current EEWC Update editor. Through the extreme kindness and generosity of Letha, we have come to appreciate the music of Kathryn Christian and the poetry of Edwina Gateley.

After listening to Kathryn Christian’s CD, “Growing into God,” accompanied by Edwina Gateley’s poetry, I mentioned to Liz that the ideas and imagery contained in their words and music seemed to perfectly embody her spiritual beliefs about God. Liz agreed and soon we had purchased Edwina Gateley’s companion volume, Growing into God. After sharing some of Edwina’s poems together after dinner, we wanted to learn more about these two remarkable individuals. A two-part profile in the EEWC Update informed us about Kathryn Christian and her equally talented husband Brian.1, 2  An audiotape of Edwina Gateley’s presentation at the 1996 EEWC Conference (Theme: “Walking on Water and Making Waves”) provided us with a rousing, attention-riveting, 90-minute, Sunday morning “sermon” as we traveled through the hills of Wisconsin on our way to a vacation retreat in northern Minnesota.

So who are Kathryn Christian and Edwina Gateley? As a young woman, Kathryn experienced a number of tragedies including her mother’s illness, the premature death of her father, and divorce from her first husband. As she obtained her bachelor’s degree from Oberlin College and her masters degree at New Brunswick Theological Seminary, singing and song-writing talents developed within her. The lyrics to her beautifully sung musical creations are inspired and suffused by feminine images and tender metaphors from scripture, the great female Christian mystics (Julian of Norwich, Catherine of Siena, Teresa of Avila, among others), and her own personal tragedies and struggles.

Edwina, who describes herself as a “foreigner” or “alien,” was English-born. She obtained a teaching degree in England and, after working as a “volunteer” missionary in Uganda, came to the United States and obtained her Masters in Theology from Catholic Theological Union in Chicago. As a “missionary” to the United States, she has worked with prostitutes on the streets of Chicago. Her life has been plagued with roadblocks erected by the Catholic hierarchy, self-doubt, and sometimes despair and periods of spiritual dryness. Yet, through it all, she has managed to maintain her dignity and become a truly gifted writer, poet, and speaker.

The “Growing into God” CD has five songs which are written and sung by Kathryn Christian. These include “Come, Holy Mother,” “Set Aside Every Fear,” “In The Garden” (about Jesus’ anguish in the Garden of Gethsemene), “Gather Me Under Thy Wings,” and “Let Nothing Disturb You.” All of the tracks are superb, but our favorite is “Come Holy Mother” (inspired by Julian of Norwich) which profoundly evokes an image of God’s motherly tenderness, as does “Gather Me Under Thy Wings.” The former is accompanied by “Cave,” a poem by Edwina Gateley. Edwina’s distinctly clear, deep British accent describes the spiritual cave that resides within her:

“Gather Me Under Thy Wings” is accompanied by readings from Isaiah (66:13), Matthew (23:37), and the apocryphal book of 2 Esdras (1:28, 30), all of which evoke motherly God images. Following this latter piece, Edwina reads her poem, “Still, Beloved.” She reads another two poems, “Betrayal” and “Do Not Grieve” after other musical selections. “Betrayal” evokes images of spiritual emptiness:

Where are you, God.
I scratch around for you
in dried up ground,
like a hen
seeking grain.

Kathryn’s voice is beautiful and distinct. She is accompanied by flute, keyboard, and guitar.

Edwina Gateley’s book, Growing Into God, is a gem. It’s not long, only 75 pages, and the 53 short poems are grouped into five categories: “Conception,” “Gestation,” “Birthing,” “Dying,” and “Home.” If you are human, it is almost impossible not to be quite moved by a great many of these poems. Poetic themes cover thankfulness, faith, God’s comfort, motherly love (both Divine and human), life’s journey and purpose, as well as darker themes including loss, spiritual dry spells, and contemplation of our mortality.

One of my favorites, perhaps because of my training as a biologist, is “Deeps”:

The water is deep in places
and very still,
though little streams
constantly splash
along its edges
and dozens of tiny water creatures
skim and slide
at play…

Another of my favorites, “Journey,” describes the nearly finished life of a writer:

Ah, here it is,
in this small place —
all that I now have
hidden in a handful
of poems and memoirs —
my life fitting nicely
in my desk drawer…

It’s really impossible to adequately describe the beauty of Kathryn’s music and Edwina’s poetry. They are profoundly emotionally and spiritually evocative. You must listen to the music and meditate upon the words. You won’t be disappointed having either the book or the CD in your library, because unlike most popular music CDs and contemporary books of poetry, every musical selection and every poem is filled with beauty and inspired by the Spirit of God.

The Beautiful Not Yet: Poems, Essays and Lyrics