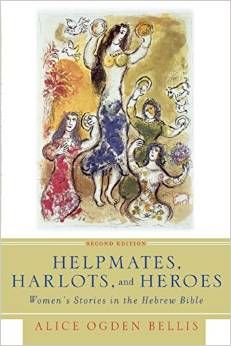 I have always loved the story of Hannah, the woman who, in Alice Ogden Bellis’ words, paved the way for the Israelites’ monarchy (1 Samuel 1 and 2 in the Hebrew Bible).

Hannah, as you probably know, is a woman much distressed by her inability to have children. Bearing children, as Bellis writes, was a woman’s primary responsibility and one of the few ways she could exert any power at all. The scriptures are littered with women who agonize over their infertility only to be answered with what seems like a miraculous pregnancy. Prior to marriage, a woman was her father’s dependent—this, too, from Bellis—and if she married and her husband died, his property went to her dead husband’s family. A woman was banned from the priesthood, considered “unclean” during her menstrual periods, and divorces only happened at the husband’s initiative.

This, then, was Hannah’s world, and the world of so many other unnamed women. Though Hannah’s husband doesn’t seem bothered by her infertility—he even gently teases her and asks if he is not enough—Hannah prays for a child, and makes a deal: If God will give her a son, she will give that son back to God. In due course, God answers with a son, whom Hannah names “Samuel,” Hebrew for “asked of God.”

But then run your finger down the page from Hannah in Bellis’ Helpmates, Harlots, Heroes and you find the woman of Endor, a soothsayer who is visited by King Saul for answers (1 Samuel 28:3–25), though he has banned mediums for everyone else. The woman is suitably fearful that this high-powered man has asked her to perform something illegal—seeing into the future—but on his say-so, she gives him devastating news about an upcoming battle. He will lose the battle, his life, and his sons’ lives as well. And then, feeling compassion, she prepares a feast (including a fatted calf and unleavened cakes) as solace.

That is a story you might have missed, and the exploration of it is fascinating. Dr. Alice Ogden Bellis is an ordained Presbyterian minister, as well as a much-degreed professor of Old Testament Language and Literature at Howard University School of Divinity in Washington, D.C. She is also a member of the Society of Biblical Literature. She is a serious scholar with a talent all-too-absent in many writers of explaining things for the rest of us, us non-scholars.

Through the years, the woman of Endor has been called a witch, though biblical texts do not refer to her as such, and on this, Bellis is quite clear. She calls out another theologian who’d gone out on a limb and given an unflattering physical description of the woman, guessing that mediumship was the only job left to her.

Not true, says Bellis. The woman is independent enough to have servants to prepare a meal. No mention is made of a husband or partner. She is a good businesswoman. She is pragmatic. And she’s been overlooked through history, because one can’t really count on having a television witch (Endora, the cranky mother of Bewitched) named after one’s hometown.

These are the kinds of details that pepper Bellis’ second edition, which is every bit as eye-opening, approachable, and thought-provoking as the first. Bellis examines each woman mentioned in the Hebrew scriptures, and is careful to stick to the facts as we know them.

We hear far too many Bible stories of women who fit neatly into the helpmates or harlots categories of Bellis’ title, and not nearly enough about those who suit the third one, that of heroes. The author relies on copious work by other noted historians and theologians to bolster her thesis that there are plenty of heroes to be found in those pages. We’ve just been overlooking them.

Reading this book might not convince you that God is a feminist—not if you don’t already think that, anyway. But it will give you a new understanding of the life and times of women of that era. People have been re-examining the stories of the Bible through the lens of feminism for years now, but Bellis is foremost – or she should be – among those scholars. Her writing is clear. Her logic is irrefutable, and she is extremely knowledgeable about the limits of a woman’s sphere in the time of the Hebrew scripture.

This second edition has been out since 2007, and if you haven’t taken a moment to read it, now’s the time. Bellis writes in her introduction that, in 1994, when Helpmates was first published, the field of feminist theology was a little thinner, and Bellis herself spoke a little more softly. These days, she writes, “Many voices are now singing in this choir…. Now, I want to sing a little louder and with new conviction.”

These women are worth another look. And another. And another, and in the hands of a talented writer and researcher such as Bellis, that goes double.