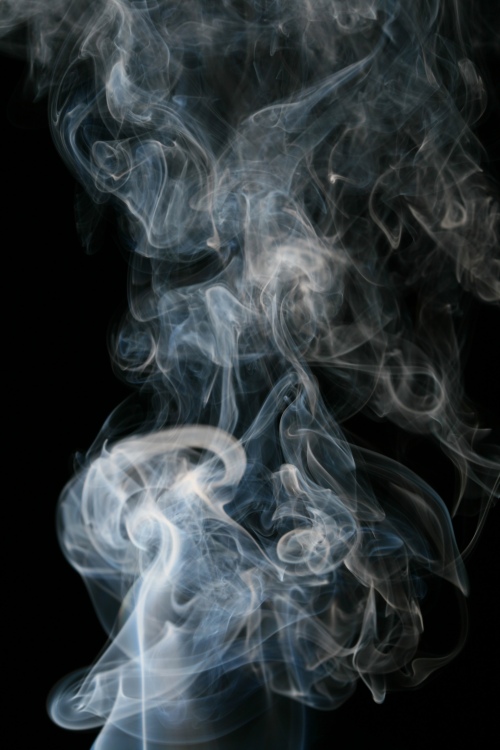 Bill Hybels is the founder of Willow Creek Community Church, a megachurch headquartered in the northwest suburbs of Chicago. Willow Creek is one of the largest churches in the United States and is affiliated with thousands of churches across the globe via their Willow Creek Association. Bill Hybels has affirmed women in all levels of church leadership. Friday, March 23, 2018, the Chicago Tribune broke a story about accusations of sexual misconduct against Hybels. Three former Willow Creek Association leaders, including Nancy Ortberg, have resigned, protesting what they claim was inadequate investigation of the accusations. Hybels denies any wrongdoing. Read more on Christianity Today and the Chicago Tribune.

Hey Bill, I see a lot of smoke lingering over Willow Creek and, Lord forbid, I’ve even heard there are missing emails. I’m sure we can at least agree it’s yet another example of 2018 #MeToo (and #ChurchToo) America, of a powerful man being accused of misusing his power.

As a feminist, I can’t say this ever gets old. It’s not that I like watching powerful men squirm. There are many powerful men fighting alongside us, and I’ve always counted you among them. It’s just that, as a woman, I’m tired of constantly having to navigate the obstacle course of sexism and having to prove myself to be more than a sexual object.

Bill, I know you have a history of treating women as more than sex objects. You have worked alongside women in ministry, promoted women in ministry, and supported the authority of women in the church. So what’s up with this? I am heartbroken by the entire ordeal, as are so many others.

We believed in you.

But as the news broke, some of your biases came to my mind. I remembered things that didn’t quite fit with my notion of you as a crusader for women’s equality.

In 2016, I watched you interview Melinda Gates at the Willow Creek Leadership Summit. You asked her personal questions about dating Bill Gates, and you took the liberty to delve into their home life. I doubt you would have asked Bill Gates the same questions about home and children if he were talking to you as a representative of the Bill and Melinda Gates Foundation. Honestly, I was embarrassed! It struck me that your sexist questioning seemed to represent the church of yesterday, when women’s worth was measured only in terms of the men in their lives. If your questions frustrated me, 230 miles away, certainly other women, and Melinda herself, were frustrated, too. You see, Bill, your questions only served to illustrate how women are forced to first establish themselves as worthy wives and mothers before they can be heard in many church environments. Was it really necessary to explore Melinda’s connection to Bill Gates and her status as mother of their children before letting her speak on behalf of the Gates Foundation?

In 2017, I watched you do the same thing to Sheryl Sandberg. In your defense, Sandberg was promoting her book, Option B: Facing Adversity, Building Resilience, and Finding Joy, a subject that was a bit more personal in nature than Gates’ platform. But the questions still seemed to revolve around Sandburg’s personal, not professional, life. In all my years of watching you interview men at Global Leadership Summit events, I have never seen you center your questions around their personal relationships or home lives. With the men, you stuck to leadership and business.

If you are not able to manage your bias in the way you question men and women, I have to wonder if you are also unable to see your bias in your expectations of women. Does your tendency to see women’s worth mainly in their roles relating to men—as partners, wives, and mothers—and your interest in their personal (more than professional) lives predispose you to see inappropriate actions as normal?

Part of the responsibility of being a pastor is modeling correct behavior. And if you’re a man, it’s about making sure your female parishioners and staff members feel safe with you. Even the suggestion of inappropriate invitations, inappropriate questions, or inappropriate touching is never okay. It’s about being above reproach.

The need to pursue the investigation into your behavior, even when you’ve been cleared by others, is because your behavior has not been above reproach. When you say that these former members of your church leadership have “colluded” against you, simply because they find your accusers believable and need further investigation to believe you, it makes you look guilty.

It would be refreshing to see a church organization work to be above reproach and to properly self-govern. We are all tired of reading about misuses of power and sexual misconduct in church environments. We are especially tired of seeing church communities hide abuses and honor offenders.

Bill, I read that your congregation gave you a standing ovation when you discussed this with them. I couldn’t help but wonder when the women and men who have come forward in search of justice and truth, the people who refused to overlook questionable behavior and missing emails, will get their standing ovation.

I’m not new to sitting in the pews and hearing about church scandal investigations. Some involve money, some sexual misconduct; most involve a grab for power. What I don’t see in this Willow Creek scandal is a grab for power; however, I do see a few powerful people fighting for justice and for the integrity of the church. At a time like this, I try to remember that we are all followers of Jesus and, as a church, we build on the foundation of Jesus.

Paul said it frankly when dealing with leadership squabbles in I Corinthians 3:10–15 (NIV):

By the grace God has given me, I laid a foundation as a wise builder, and someone else is building on it. But each one should build with care. For no one can lay any foundation other than the one already laid, which is Jesus Christ. If anyone builds on this foundation using gold, silver, costly stones, wood, hay or straw, their work will be shown for what it is, because the Day will bring it to light. It will be revealed with fire, and the fire will test the quality of each person’s work. If what has been built survives, the builder will receive a reward. If it is burned up, the builder will suffer loss but yet will be saved—even though only as one escaping through the flames.

So, Bill, it’s fair to say that, in this case, the fire has come—the Jesus kind of fire. I hope your intention in building powerful women was to build on the foundation of Jesus and not so that you could enjoy a position of power over them. I hope you will honor those who pursue justice and consider the importance of allowing an investigation to continue, so the church can be found blameless. I hope you will consider the different ways in which you interact with women and men. And, Bill, I hope you will remember your own meme-worthy words: “Your culture will only ever be as healthy as the senior leader wants it to be,” and always remember our senior leader is Jesus.

Notice of corrections: The introduction to this article originally stated that three members of the “church” board had resigned over the allegations, when actually it was the Willow Creek Association board. We also stated Nancy Ortberg’s husband, John, was among those three, but he was not on that board. CFT regrets the error and has edited the text to reflect these corrections.

What does “evangelical” mean?