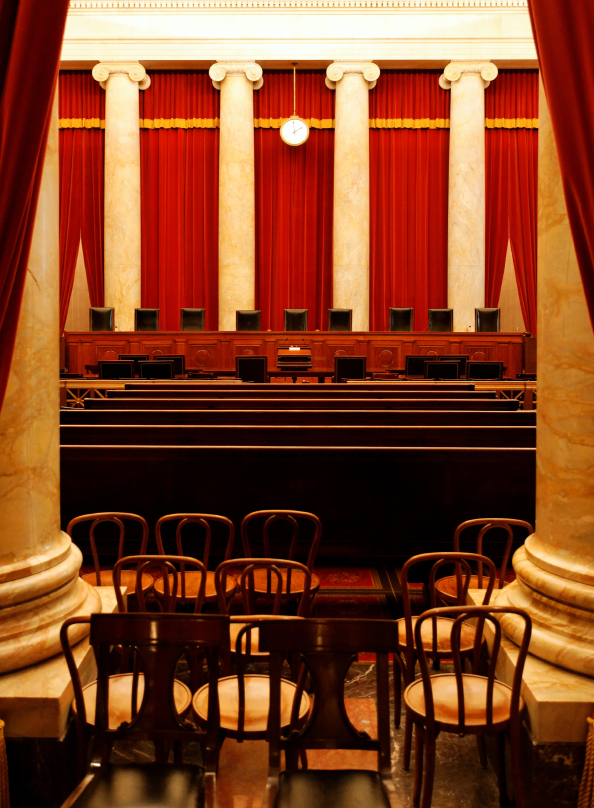 In March I wrote that when the Hobby Lobby case was handed down we should all resist the temptation to argue that one side or the other had “won.”  I argued that instead we should try to ascertain where the US Supreme Court is going with respect to religious freedom for businesses, and talk about what it means to allow a pluralism of voices in our community.

Now that we have the opinion, though, I see that my request was pretty unrealistic.  I’ve studied the case; I know the law, and I see both sides.  But I still had a lot of frustration when the justices announced the decision.  I’m frustrated by Christians who applaud the court for furthering the autonomy of faith-based institutions, and I’m frustrated by people who say companies cannot express religious belief. Because so many people have watched Hobby Lobby, I thought I’d explain some of the things that the case did and some things it did not do.  Instead of settling some important questions, the justices have opened the door to another decade of tense litigation.

The reasoning behind the Hobby Lobby decision

Hobby Lobby is a business that is owned by a Christian family.  The family has integrated its belief into the practices of the business in a number of ways.  The stores are closed on Sunday; they pipe Christian music into aisles; and they pay a living wage of not less than $15.00 per hour.  In addition, the Greens, who own the company, have used their fortune to support a proposed Bible Museum in Washington DC, and they take out full page advertisements in newspapers across the United States promoting a Bible-based curriculum in the public schools.

The Greens say that their faith prohibits the use of certain kinds of contraceptives.  So, they sued the Obama administration for its enforcement of the Affordable Care Act (ACA) which requires employers to provide a full spectrum of contraceptive devices and pills or face fines.  On the last day of June, the United States Supreme Court found that the federal Religious Freedom Restoration Act requires the application of a high level test when a law substantively infringes on the religious belief of a family-owned company like Hobby Lobby.

As an immediate, practical matter, this case doesn’t have much impact.  The female employees of Hobby Lobby have some contraceptives covered by their policies, and in time they will likely be able to access all contraceptives for free through other government means. But, as a matter of principle, the case is huge.  It stands for two important principles that I have referenced in earlier articles on this website. (You can read them here and here.)

•  Faith is expressed by the belief of an individual but also in others ways, such as through other institutions like businesses, churches, and nonprofits

•  Democracy allows for a variety of ways to live a good life, and government should not restrict the expression of religious belief— unless there is a very important reason to do so.  This is a form of pluralism, and Christian pluralists are rejoicing in this decision, calling it a win for public justice.

I agree that public justice requires government to protect a pluralism of institutions and worldviews, but I also think that these matters are much more difficult than a Hobby Lobby win suggests. The case also stands for some troubling principles.

Some troubling aspects of this decision

First, the Greens said that their religion prohibited abortive contraception like IUDs.  There is a lot of debate about whether their understanding of the way IUDs work is correct.  In fact, the Contraceptive Choice study at Washington University in St. Louis demonstrated that use of IUDs significantly reduces abortions.  The court said this does not matter.  The court will not involve itself in deciding what is and what is not reasonable religious belief.  The trouble with this is that the substance of the belief is important to determine whether the litigant is really being hurt by the legislation.  And, the substance of the belief is also important to figure out how to balance the needs of a faith-based institution with the needs of others in a society that might be hurt by those beliefs.

Second, the court said that this case would not invite others to appeal to the courts for an exemption from laws that limited their religious belief.  This was simply not true.  In my own state a number of potential litigants, many funded by the same group that helped the Greens (The Beckett Fund for Religious Liberty), are lining up for arguments about exemptions.  There are florists and bakers and photographers who say that consumer protection laws that prohibit discrimination limit their Christian beliefs about serving same-sex clients.  And, in the weeks both before and after Hobby Lobby, religious leaders wrote letters to President Obama asking him for an exemption from the executive order he proposed requiring that federal contracts go only to institutions that refrained from discriminating against the LGBT community.

Only three days after the 5-4 decision on Hobby Lobby, Wheaton College, an evangelical institution in Illinois, filed for an injunction that it called an “emergency matter” to be exempt from filling out the form requiring it to apply for an exemption under the ACA.   The college had reasoned that by signing the form releasing it from the obligation to pay for those forms of contraception that violated its religious principles, the college would still be participating in making such contraceptives available, albeit in a secondary way, since the form transferred the responsibility to a third party to pay for full contraceptive coverage for the college’s female employees.  All of the justices agreed that Wheaton was clearly entitled to a faith-based exemption similar to that granted to Hobby Lobby.  But, they were in strong disagreement with each other, along gendered lines, about whether the process of filling out a form justified an emergency writ from the Supreme Court of the United States. The move Wheaton made is only the tip of the iceberg in terms of legal pathways religious institutions are exploring to maintain autonomy from the government.

Our history and our present-day challenges

Our country has a two hundred year history of protecting religious belief.  And, for over one hundred years , courts have recognized that religious belief impacts both what an individual does and what institutions do. Since the Civil Rights laws of the 1960s, legislation has granted religious institutions exemptions from employment laws, recognizing that even though non-discrimination is important, protection of religious identity is important also.

But the principles of non-discrimination and religious freedom can crash into each other, so we have to decide how to resolve the conflict.  Should the government step in to decide what is best, or should a pluralism of worldview be allowed even if it deeply offends some?

If you tend to trust government, pluralism isn’t very attractive because it allows for some pretty distasteful actions.  However, if you’ve been on the side of the minority, having suffered from the hands of a majority, pluralism sometimes seems like the lesser of two evils.  This is true especially because allowing pluralism doesn’t mean throwing up our hands about discrimination.  It means that it is up to the members of the faith-based institutions to work for justice, persuading their institutions that such justice seeking is part of their religious identity.  I would argue that applying this principle to current LGBT concerns, for example, would mean treating the gay community with equity as a matter of justice consistent with religious faith.

For Christians, choosing pluralism highlights another important consideration.  The root of this kind of political pluralism is found in the sphere sovereignty of the Reformed tradition and the subsidiarity of the Catholic tradition.  These traditions do not emphasize autonomy. They emphasize responsibility and connectedness in community.  So, does religious freedom mean that faith-based institutions should have autonomy from government regulation, or do they have some responsibility when they are in the public square making money from all kinds of customers?  Is saying “because of our faith we will not serve gay clients” like saying “because of our faith we will not serve African American clients?”  Or is it different? The Hobby Lobby decision has invited decades of litigation.

I am a pluralist because as a Christian I think government should protect a wide variety of ways of living out one’s worldview.  But, at the same time, I believe that institutions have responsibilities to work for justice for all those they employ and serve.  When they fail to do so, there has to be some form of accountability.  The one good thing about the Hobby Lobby decision is that it should invigorate those of us who care about justice to speak up in our own institutions.  If we work for universities,  we must argue vigorously for fair treatment of employees and students.  If we work for businesses or non-profits, it is our responsibility to encourage the leaders to care for the weak or disenfranchised.

I know how hard that is.  I know what it is like to be criticized by one’s own community for rocking the boat.  But it’s the only option.  Hobby Lobby stands in part for the proposition that institutions have the freedom to shape themselves.  That means that if we are part of an institution we have to be part of shaping its identity. 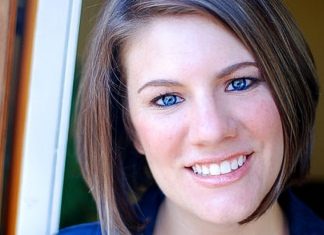 Letha Dawson Scanzoni
Rachel Held Evans "had doubts and questions that many in that religious subculture appeared not to think about or wouldn’t admit because of where such thinking might lead and how others would regard them."