Home Articles Holy Hellion: The Rebellion of a Faith-filled Feminist

Unlike my conversion to Christianity, I had no baptism into the tenets of feminism. I imagine if I’d been asked at the age of four, the same year I accepted Christ “into my heart,” to also accept that God made boys no better than girls and vice versa, I would have giddily agreed. Instead, it has taken a swelling evolution—from age four to twenty-four—for me to honor my identity as a faithful (or faith-filled) feminist.

My journey started with a dose of injustice and rebellion as all good feminist narratives should. By the age of five, just one short year after my mother had introduced this Jesus person to me, I was infatuated with the idea that I had a friend in the Creator of the universe. And nothing could hold me back from doing cartwheels down our driveway to show my love, adoration, and commitment to this God. Not even the Catholic Church.

My brother Charlie, two years older than I, was in the second grade and preparing for his First Holy Communion. And as younger sisters are wont to be, I was jealous that Charlie would be allowed this holy privilege. Even at five, I questioned the arbitrary assumption that all little Christians understood the mystery of communion simultaneously.

And so I demanded a wafer.

My mother, never one to give pat answers, agreed that the whole thing was rather ageist, and set up a meeting with the church administrators.  After answering what I thought were rather obvious questions —Who is Jesus? What is the Last Supper? What was that Cross all about?— they incredulously agreed that I “got it.”  Really got what the body and blood were all about.

I had my own private communion ceremony two weeks later. Even then I was learning how to fight the unquestioned dogmas of Christian life.

The rebellion flared during my parents’ divorce proceedings when I was eight years old. Although my mother had dutifully raised my brother and me as Catholics, she wanted us to be able to explore and find our own identity in Christ as we grew older. My father, a rosary-counting Irish man, disagreed.

And so, searching for an impartial opinion, they both agreed to be seen by a Jewish arbitrator. As my brother and I sat together in a stodgy room, I was once again asked to defend my agency by a representative of institutional religion—even though of a different faith. “Do you like church?” “Why do you want to explore other churches?” “What does your faith mean to you?”

After listening to our complaints of the church’s lifeless rituals and stifling hierarchy, the arbitrator decided that we had been brainwashed by my mother. And not having any faith in a child’s faith, her decision was that I should continue attending Catholic mass until I was eighteen and able to form a theology of my own.

My mother obeyed the decision, homeschooling us in catechism classes for years. But by the time I was fourteen years old, I had begun tagging along with her to a non-denominational church. Hands raised high, emphatic clapping, and public prophesy captured my attention. And although there were very few women in positions of leadership at the church, I saw my mother come alive every Sunday.

Her strength and confidence began to have a real impact on my expectations of women in the church. As a single mom, she had taken on the gender roles of both a mother and a father, and through her life, I was beginning to see the reflection of a genderful God in my Heavenly Parent. The stereotypes of women as nurturers and men as protectors became unconvincing for I had a role model who defied them all.

During the volatile high school years, I began to learn more about these unfounded stereotypes of femininity and masculinity and how not just women, but femininity itself, was a second rate value set for either gender to hold.

By the time I graduated college, I saw the reach that sexism had on all parts of life—from business to politics to violence to education. But the church had always been my battleground. It was both the cause and the solution to my deep pain over injustices. And while I evolved in my ideology, from a complementarian who loved John Eldridge’s Wild At Heart to an egalitarian who devoured Mary Daly’s Beyond God the Father, I had finally embraced my calling as a Christian feminist.

I still love a good fight. And that is why I stay.  For the church is only weakened by the departure of strong men and women of faith, and it is strengthened by those who stay and ask questions, working for change. I’ve seen the powerful harmony that the two ideologies—Christianity and feminism—can wield, both in the enraptured face of my mother and now in the healing hands of my young husband, and I am convinced restoration is at hand. Let us begin baptizing each other in solidarity as faith-full feminists, working for full equality in our churches and in our world. 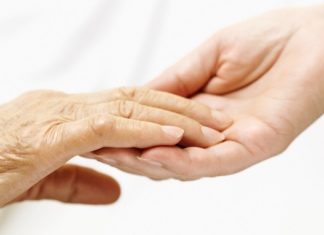 Letha Dawson Scanzoni
EEWC, with its mix of young and old and every age in between, and its sense of contemporaneity -- we're all in this together at the same time and place in history and each of us has something to contribute -- provides countless opportunities for demonstrating what it means to be a feminist and Christian at any age.