Since Rebecca Skloot’s novel The Immortal Life of Henrietta Lacks spent 75 weeks on the New York Times best-seller list, Henrietta Lacks has become something of a household name. Lacks’s story, set in the 1940s and 1950s, puts a human face on a bioethical issue, an example of the same structural injustices still at work in our society all these years later.

Lacks was an African American woman, the great-granddaughter of slaves. She was the mother of five children, and she died in 1951 at the age of 31 from cervical cancer. Before her death, she was treated at Johns Hopkins Hospital in Baltimore, Maryland, where her tumor was biopsied and cultured and found to contain the first immortalized cells (mutated cells that reproduce indefinitely) ever discovered. The cell line from her tumor became known as HeLa and has been used in groundbreaking medical research trials that have led to countless medical breakthroughs, including the polio vaccination, cancer medications, AIDS treatments, and gene mapping. HeLa cells were the first human cells to be successfully cloned, and there are currently almost 11,000 patents involving HeLa cells.

The issue is that Lacks never gave consent for her cells to be biopsied and cultured. She was not made aware of her immortal cells before her death, and she and her family were never compensated for the use of the cells. Her family was not even made aware that the HeLa cell line existed until the 1970s. The cell line was commercialized soon after its discovery and has made billions of dollars since. Neither Lacks nor her family ever saw a penny and, until recently, the family was not included in vital ethical discussions regarding the privacy of their mother’s or their own genetic information.

Bioethical discussions concerning Henrietta Lacks have focused primarily on issues of consent, privacy, agency, and ownership of genetic information and bodily material. The emphasis has often been on legal concerns, whereas there are moral concerns, as well. The legal failings are only symptomatic of what began as a systemic moral failing in which a massive medical system was unable to recognize the dominance of its own whiteness or the humanity of a black woman. What informed the moral decision making that allowed for the medical system to disregard the humanity of this woman and her family?

The story of Henrietta Lacks calls the field of bioethics to a new accountability because it reveals so clearly how social injustices are fully integrated into bioethics and healthcare theory and praxis. There are many bioethical concerns that cannot be addressed without first looking at the social injustices in which they are rooted. This indicates that social justice must be a primary concern of bioethics.

One might ask how differently Lack’s story would have gone if the social injustices that disregarded her as a person with agency had long ago been undone. The science and healthcare industries must help address unjust socioeconomic structures that deny the basic humanity and rights of disempowered groups of people before any lasting changes in care can be expected.

Social ethicist Aana Marie Vigen challenges those involved in healthcare and bioethics to adapt a new starting point in theory and praxis. In her book, Women, Ethics, and Inequality in U.S. Healthcare: “To Count Among the Living, Dr. Vigen writes:

The requirements of the most vulnerable within a society are the normative starting point for an adequate understanding of what justice means in human relations. In short, ethicists, sociologist, chaplains, healthcare providers, and theologians can only arrive at an adequate sense of dignity and personhood in the context of healthcare when they take seriously the experiences and voices of those most marginalized by societal/structural inequalities.

Womanist ethicists and scholars often write about the importance of recognizing the common humanum of all people. In Alice Walker’s classic definition, she says that a Womanist is:

Committed to survival and wholeness of entire people, male and female. Not a separatist, except periodically, for health. Traditionally a universalist, as in: “Mama, why are we brown, pink, and yellow, and our cousins are white, beige, and black?” Ans.: “Well, you know the colored race is just like a flower garden, with every color flower represented.”

I believe this “traditionally universalist” idea of the common humanum that all human beings share with one another is one of the primary immortal moral reminders of Henrietta Lacks. She reminds us how quickly things go awry when we are unable to understand that one person’s humanity is linked to our own.

It is important to note that the story of Henrietta Lacks is also a story about bodily cells from a black woman that have saved millions of lives, black, white, and otherwise. This means that, thankfully, cells, genes, and DNA do not abide by our racist systems. Scientist now know that the actual “stuff” of which humans are comprised is somewhere between 99 percent and 99.9 percent the same, no matter what constructed race society assigns a person. We cognitively know this statistic, yet this recognition of common humanum is nowhere close to being a lived experience for the vast majority of people.

Alongside Vigen’s new normative starting point, I propose that bioethics and healthcare theory and praxis should adopt a purposeful practice of honoring and tending to the common humanum of all individuals and collective groups with strategic and concerted attention to those who have historically been abused and forgotten. In our common humanum, we share a desire and goal of eudaimonia no matter how vast our human difference may be. Eudaimonia is a central concept in Aristotelian ethics and can be translated as “human flourishing.” When this word is broken down, eu can be translated as “good” and daimon as “spirit.” An urgent task of bioethics in addressing the social injustices that compromise care and ethical decision making is the task of honoring and cultivating the “good spirit” we share, regardless of all human difference.

Eudaimonia should be a central goal in the care of an individual and a starting place for bioethical inquiry. To rightly begin this task, our starting point and enduring point of reference must be the needs and concerns of those who are most vulnerable in our society, especially in our healthcare systems. 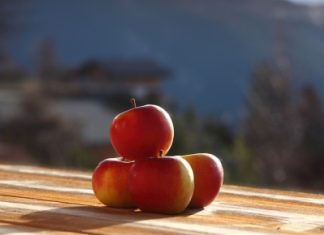 Come to the Table