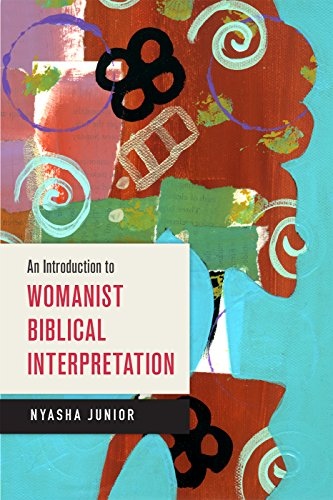 Nyasha Junior’s An Introduction to Womanist Biblical Interpretation is a mile marker for individuals who seek to have a deeper understanding of the controversy over the feminist and womanist movements and their relationship to each other. Among the issues Junior notes are such questions as these: Can a majority female consider herself a womanist?  And should all women of color see themselves as womanist only?

Alice Walker is honored for coining the term womanist, but Junior explains that the concept is not necessarily or exclusively a “black thing.” She writes that although it is true that “Walker’s definition includes the understanding of a womanist as ‘a black feminist or feminist of color,’ . . . to interpret womanism as simply a racial designation is to misconstrue Walker’s understanding of the concept” (p.xvi)  Junior quotes the lengthy explanation of the term Walker provided in her opening page of In Search of Our Mothers’ Gardens, including the oft-referenced statement, “Womanist is to feminist as purple to lavender”(p. xiii).

Junior dispels the myths around the topic by giving concrete historical evidence that, while separate, both feminist and womanist perspectives can be one, coexisting in one body. She emphasizes that perspective is important, particularly a perspective of interaction with biblical texts. She also takes time to make a clear distinction between biblical studies (an academic discipline that includes the application of critical methods for ascertaining the meaning of the text) and biblical interpretation in a broader sense. This distinction has yielded diverse writings due to the diversity of perspectives. This distinction can also be found within feminist and womanist biblical interpretation.

This book contains two parts which give insight and depth to both feminist and womanist perspectives. It was difficult for me to remember I was reading a textbook, as the flow was as comfortable as a novel chosen for summer beach reading. Part I brings focus to historical issues and the intertwining of feminist and womanist threads in biblical interpretation. Discussing the “waves” of feminism helps to show the interwoven aspects of African American women’s experiences that are brought to the feminist movement regarding race and gender.

Junior does an outstanding job in bringing insight to historical issues with profound background information. She tackles contemporary issues with grace, provoking readers to move forward in their quest, whether they identify as feminist or womanist or even a conglomeration of the two, armed with history necessary for continued conversations concerning race, class, gender and the importance of the African American woman’s voice.