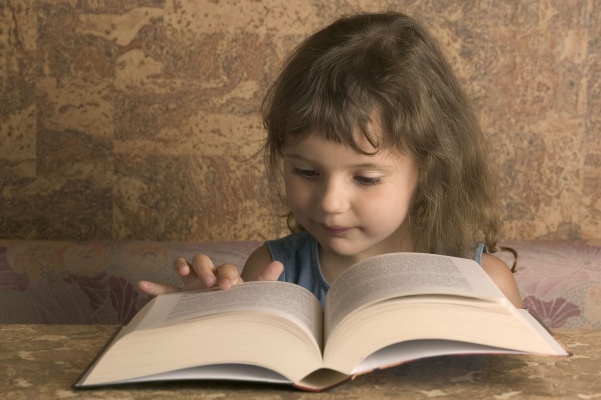 Some churches teach that the whole Bible was virtually dictated by God to human authors, overriding their own culture and human preferences, which sounds very like the New Age concept of channeling (which would appall these same people).

Some churches teach that this inerrancy was only true of the original documents, in the original languages, the first time they were written. Any discrepancies are from transcribing and translating the texts.  Since we have no extant first texts, we are always dealing with translations and copies.

Some teach that inerrancy means that God spoke directly to the writers but that they were still people of their era, writing through the lens of their culture.

The real question is, how is the Bible true, and what gives it authority? This is the question thinking people of faith have to ponder.

Is Scripture only true if the words came directly from God?

Did the Spirit of God have to whisper timeless words into the ears of certain trusted people for the message of the Bible to be “true?”

Is the Bible only true if it contains no errors or inconsistencies?

Is the Bible true in the sense that people through the ages have faithfully recorded their experiences with the mystery of God, even though they thought and wrote in their century, in their culture, in specific times and places?

Or is the truth about the Divine/ human love story something that can be expressed in any and every culture, and can that timeless Word come through despite the specifics of time and place? This is more the understanding of the truth of the Scripture that undergirds the Biblical Feminist movement.

In All We’re Meant to Be, Letha Dawson Scanzoni and Nancy Hardesty explain a way of accessing the truth of the Bible by reading it as a whole— finding those exalted places that speak a “large concept” and using those over-arching passages as a key to comprehending how certain people in certain times were living out their faith.

A prime example of this approach would be the ending of Galatians 3, where the apostle Paul eloquently concludes a longer passage with the words, “There is no longer Jew or Greek, there is no longer slave or free, there is no longer male and female; for all of you are one in Christ Jesus”(Gal. 3: 28, NRSV).  This concept comes across in the reading of the whole Bible as a “large concept” (an over-arching theme) that succeeding generations of the faithful have sought to live out through various times and cultures.  This is a concept that continues to be a guide, even as our understanding has increased.

This leads to the second part of the question, “So when Paul says he doesn’t let women teach in the church, or tells women to be silent, what do I do with that?”  What is our apprehension of the Good News as people of our day?   EEWC-CFT would affirm that the message of the good news of God and people in the Bible is still in the process of being understood and worked out by people of faith. Through the years, faithful people have realized, with the help of the Spirit, that Jesus’ message can be lived out in the freeing of slaves, in the Civil Rights movement, and now in the women’s movement.

Christian feminists affirm the continuing work of the Spirit of God in unfolding the truth that is written in the Scriptures.

EEWC-CFT’s statement about the Bible is, “We believe the Bible is the Word of God, inspired by the Holy Spirit, and is a central guide and authority for Christian faith and life.” This is a carefully worded statement.

Technically, the apostle John says that the Word spoken into our world by God is actually Jesus, not the Bible.  Scriptures are the word of God because they testify to God’s purposes for the world.  We hold, with generations of prayerful and faithful believers, that in certain human writings there is a discernible hand of God’s Spirit telling timeless truth— the truth which we continue to live out with the help of God’s Spirit.  EEWC-CFT, as Christians, would also continue to affirm that the Bible holds a central place in Christian faith and life, although other works can certainly be inspiring and uplifting.

We carefully study the “problem passages” that conflict with Paul’s usual respect for women as equals in the service of Jesus, God’s Messiah.  Have the words been translated accurately?  In what setting did Paul write these things?  Were they intended for a specific situation or for all time?  Was Paul in fact the author of these statements?

For example, lines 34-36 of I Corinthians 14 (“Let women keep silent…”) are not found in some early manuscripts; they show up at the end of chapter 14 in others.  Footnotes in the NRSV comment that these words may have been written in the margin of an early manuscript and later copied into the text. The letters to Timothy (which contain the words, “Let a woman learn in silence with full submission. I permit no woman to teach or to have authority over a man; she is to keep silent.” [I Tim. 2:11-12]) may have been written not by Paul but in honor of Paul after his death, at a time when disagreements over women’s roles were developing among Christians.  While these passages are part of God’s Holy Word, it is our responsibility to learn about the context and debates among the early Christians and the specific circumstances in which each letter was written, rather than viewing them as commands for all times and places.

Man and Woman, One in Christ: An Exegetical and Theological Study of Paul’s Letters by Philip B. Payne (Grand Rapids: Zondervan, 2009).