Home FAQ Blog I’ve never been discriminated against as a woman – why all the... 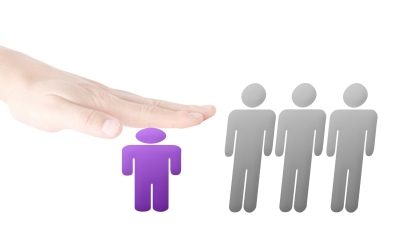 Realizing the discrimination that surrounds us in our culture has been compared to a fish realizing that it swims in water.  That is, what has been always around us seems to be normal and the ways things are “supposed to be.” We take the familiar for granted.

We don’t really think about it.

Many members of EEWC-CFT were raised to view the culturally-assigned roles and assumptions about women as a given, until such time as those blinders were removed by a bad experience, education, or coming across the writings of the early feminists. Then, upon realizing the sexism that had been woven all through our lives, we were appalled by what we saw everywhere we looked, even within ourselves.

That many younger women haven’t experienced the blatant discrimination experienced by older women is a testimony to the work and courage of our foremothers in challenging old assumptions and norms.

Younger women can participate in sports and they have more opportunities available to them in the workplace and educational systems.  Women have reproductive choices that were not available just a generation or two ago.  This is the result of the efforts undertaken by feminists in the second half of the last century.  We stand on the shoulders of those who went before us.

Feminists have uncovered and presented stories of strong women in the past who have faced great struggles as they sought to live authentically.  Women who prevailed.  Women who have become the “sheroes” who motivate and inspire us today.

Many people, unfortunately, have learned to adapt outwardly to women’s changing roles (expecting women to go to college, work outside the home, hold political offices, and so on) as something to be taken for granted, without having had a real conversion to the meaning and message of feminism. Lacking a deep inner conviction of the full human dignity, worth, and talents of women and unaware of how difficult it was for women to achieve the opportunities taken for granted by men, they might not recognize the discrimination all around them and simply adapt to it. That’s partly because sexism has often been evidenced in more subtle ways than the blatant ways that it was showing up only 30-40 years ago when much discrimination was written into law and custom. Lately, in this climate of financial stress and other societal changes, evidence of patriarchal attitudes and discriminatory practices has begun to re-emerge with attacks on women’s choices about our own bodies and lives.  New generations of smart and strong women still need the education about women’s rights so that they can stay alert, recognizing and opposing discrimination in its many forms, and making sure gender equality is kept open for even newer generations to come.

More and more young women today are growing up with equal opportunities in education, sports, employment, and self-expression.  They may not realize that things were not always this way; as recently as one hundred years ago, women could not even vote.  School teachers were not allowed to marry.  All of us need to learn about the hard work of our foremothers that gave us the equality we have today.

It’s great that some women today do not feel limited in any way, but even many of them will eventually run into a situation in which they are restricted or devalued because of their gender.

Things that are taken for granted—male privileges or subtle inequalities that women live with—may start to bother us.  After one experience, our eyes may be opened to more injustices based on gender.

When we realize that oppression of women happens everywhere in the world and has been happening for thousands of years, we may experience grief and go through the five stages of loss identified by Elizabeth Kubler-Ross: denial, anger, bargaining, depression, acceptance.  For a while, we may have a chip on our shoulder, and some of us may never get to the final stage, that of acceptance.  Most feminists, however, do learn to “accept the things we cannot change” and pray for “courage to change the things we can.”

Click: When We Knew We Were Feminists, edited by Courtney E. Martin and J. Courtney Sullivan  (Berkeley, CA: Seal Press, 2010).

On Death and Dying by Elizabeth Kubler-Ross (London: Routledge, 1969).

A man speaks out for gender equality and says we...