This post is part of the series of posts inspired by the 2015 Gay Christian Network conference held in Portland, Oregon.  The series introduction is here. 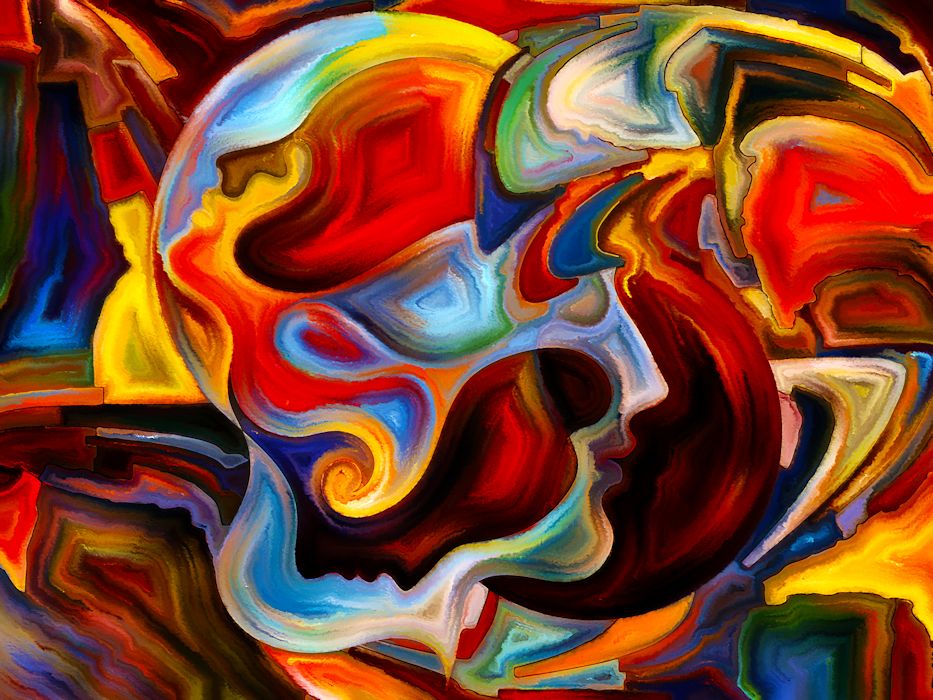 He had created a whole life as a straight Christian man. He thought he would be able to ignore the reality of his same gender intimate partner relationship preference for the rest of his life. He had distanced himself from it for decades.

He kept his authentic self at bay; it lay curled up in a far corner, paralyzed by his fear and denial.

“Stay there,” he had commanded. “Stay quiet!” And aside from letting out a soul shattering cry every now and then, it did.

He had become accustomed, as much as one ever can, to carrying the weight of the shame and denial. Most days he hardly noticed.

Why would anyone ever allow that kind of divine image to show?

He was a father, a husband, a Christian.

We all have secrets; we all carry things we pretend not to carry. We all find the strength to do what we feel we must.

How this same gender relationship preference came to be a part of him can’t be known. Some will say he was born that way. Some will say something happened in his life that put it there. Some will say it’s a choice he made.

None of that matters, really. It’s there. It’s unwelcome. It’s secret.

And things went along okay, because it stayed where it needed to stay, in a darkened corner far from sight. It stayed silent and didn’t interfere with his creation of a proper life.

He was confident, highly regarded. He became a form of himself that was safe. And the part in the corner could be, intermittently, forgotten.

But when it disobeyed from time to time, when it let out those strangled cries, he was forced to remember and turn toward it. He hated this flaw, this defect, this part of himself.

With eyes flashing, he commanded again and again, “Stay quiet!”

And it always turned back toward the wall, holding its pain in arms wrapped around itself.  Becoming small, becoming invisible.

Until one day, decades into his life, one day something shifted, and that piece of him, the child/man/soul of him, struggling under heavy layers of disgust and disdain, did not immediately turn back toward the wall. Instead, it stared back at him with such tender sadness that he forgot to look away.

It was a look he will never forget.

And forgiving it for a moment, he bent over his authenticity, where it lay pressed down in that corner. And the self of his creation and the self of God’s authentic creation searched each other’s eyes. And each struggled to reconcile their connection.

And, finally, one of them spoke, in an exquisitely gentle and tender voice, in the voice you would use to speak to a scared animal before you reached toward it.

“I lay here isolated and alone, the part of you designed to magnify the love granted to us by our Creator, the part able to forge the deepest connection between human beings. And you are ashamed of me. And you speak to me harshly. And you consign me to experience nothing of your life. You consign me to exist here alone. Why?”

And hearing this, and hearing that it was spoken with compassion, he could answer only by sweeping his arm in a circle to indicate the life he had created, the one that fit in so well with the expectations of everyone around him but had no room for the one who lay before him. And very carefully, he shrugged his shoulders, as tears filled his eyes.

And again, with tenderness and compassionate resignation, the self on the floor said, “Ah. For that. I see.” And that self rolled over to once more stare at the wall.

The man turned uneasily and attempted to walk back into the day-to-day of his life.

But he was haunted by the authentic self lying on the floor staring at the wall, and its talk of magnifying love and making deeper connections.

It was no longer in him to shout for it to be quiet when it cried out. Instead, he began to feel a need to offer comfort.

After a time, he began to move toward it, and they began to think together of his final years and what might be created in such a short period of time. And, inexplicably, shame and disgust were no longer powerful enough to overcome the beautiful glimpses of redemption he saw in uniting with his authenticity.

And, slowly, they were drawn together, as they considered becoming the man he was created to be.

Becoming authentic would mean losing his home, his job, his faith community.

Becoming authentic after a lifetime of denial would carry everyone and everything around him into a hurricane of transformation. Such was the cost of embracing his authenticity.

Who can blame him for his hesitation?

Who can blame him for trying to find some way in which no one would be hurt but himself?

Who can blame him for being afraid of losing everything?

Who can blame him for moving forward no matter who would suffer?

Who can blame him for thinking it better to suppress his particular divine image?

Who can blame him for a life shaped around fear?

Who can blame him for choosing to live his last years authentically?

There’s no safe choice. The wounding is pervasive. And we all are perpetrators when we project our expectations and our own unique experience onto other people we consider more like us than not. None of us is the same. None of us knows the heart and mind of any other.

As LGBTQ people, it is certainly our calling to become all we are meant to be. But that’s an internal process for the person looking out into the world. Where we stand, looking into each other’s eyes, our job starts and stops with loving each other.

There is enough violence directed toward our community. Let’s do all we can to eliminate any violence within it.   Love each other.  That’s all.  Just love each other.

Note:  The story in this post is not the story of any one man.  Instead it’s a story I wrote based on the common theme I found weaving through the courageous words three new friends shared with me at the 2015 Gay Christian Network conference.  I learned so much from hearing parts of their stories, especially about my own assumptions and prejudices.  I created this story in hopes that it might help some of you to do the same.

Feminism Has an Image Problem