Home Articles Kol Isha from a Whisper to a Song: The Voice of a... 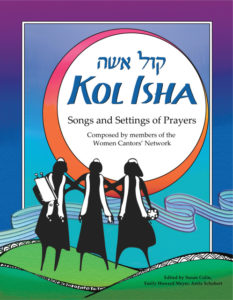 It didn’t feel like we’d be making history when I received the phone call asking me to edit a songbook. As a Jewish musician, I have experience with composing, publishing, and performing solo and choral works. As the owner of the largest distributor of Jewish music, I’m familiar with many contemporary composers and the importance of sheet music so this music can be utilized. The founder of the Women Cantors’ Network (WCN), Cantor Deborah Katchko-Gray, had this idea: a songbook of Jewish music composed by members of the WCN. We’d call it Kol Isha (Voice of a Woman).

Within days, two editors who are also members of the WCN came on board: Emily Howard Meyer and Cantor Anita Schubert. Over the next 18 months, we worked together seamlessly to define the look, the fonts, the musical road maps, and the indices, to eventually include 88 songs composed by 80 WCN members. Some of these women had never had a song notated, much less published. On schedule, Kol Isha was released June 2019 at the WCN conference held in New Jersey. We presented a concert of 20 Kol Isha compositions, and we quickly sold most of the first print run of 200 books. Many people bought multiple copies to give to colleagues.

To understand the choice of our title, Kol Isha, requires context. Judaism is nuanced and complex. The old joke, “Ask two Jews, get three opinions” is actually based on true experience. The word “Israel,” the name our biblical patriarch Jacob takes on in Genesis 32:28, is commonly interpreted as “{one who} wrestles with God.” Our tradition encourages, even requires, us to examine things from different angles, to question, and to make sense of ideas in the context of our own time and place. The Torah is the Jewish bible, and is also referred to as the Old Testament, or the five Books of Moses. Jews study Torah with companions; discussions become deep and sometimes heated and often go off into unexpected directions. We start with our values derived from the 613 mitzvot (commandments of behavior, both positive and negative, such as observing the Jewish dietary laws and how to treat others.) These include the Ten Commandments. We study the stories and the characters and find ways into them that resonate with our own lives.

From Torah, rabbis and scholars developed the Midrash (rabbinic interpretations of the Torah) and Talmud (oral law, originating from the second century, Common Era, further broken into two components, the Mishna and the Gemara.) In the compilation of these commentaries, the prohibitive concept of kol isha developed: that a man shall not hear a woman’s singing voice because it may distract him.

There are multiple angles to the prohibition of kol isha. The rabbis in the Gemara discussed that the kol isha prohibition did not apply to hearing a woman singing songs to children or lamentations for the dead. There is discussion of whether a woman can sing sacred texts; the blessings before and after Torah is read publicly; or in front of immediate male family members. And so it goes, on and on. Many rabbis, many opinions.

Today, many Orthodox Jews still avoid hearing a woman sing. A few years ago, I was at the funeral service for a woman whose daughter was at the time a cantor. As the daughter was about to sing El Maleh Rachamim, a prayer requesting God to shelter the soul of the deceased, the funeral director said to the obviously Orthodox, black-hatted man standing in front of me, “She’s about to sing.” The man left the service. I still wrestle with this memory.

That cantor is now a rabbi, by the way, sharing her speaking and singing voice with her pluralistic congregation.

The concert for the release of Kol Isha took place in a gorgeous sanctuary of a Conservative synagogue, Congregation Adath Shalom in Morris Plains, NJ. Congregants of the synagogue, community members, even the mayor of nearby Parsippany attended. We opened with Rabbi Cantor Robbi Sherwin (the daughter I mentioned above) leading “The Welcome Song,” a strong-beat anthem: “B’ruchim haba-im, B’ruchot ha-ba-ot; welcome, welcome, welcome home.” WCN members sang from their seats, creating a surround-sound experience for the audience. It became louder, stronger, energized. The room rocked. The mayor wiped tears from his eyes (I saw it!) When the song was finished, I gave these opening remarks:

You just experienced what kol isha is all about, and what the Women Cantors’ Network is all about: the uplifting power and beauty of women’s voices raised in song. As we perform tonight, and as the publication of our songbook illustrates, kol isha—often referring to the prohibition of women singing in front of men, and in public—we hope you’ll embrace this time, this place, and enjoy this new music based on texts, prayers, and themes of Judaism. We claim kol isha now as a gift that needs to be shared.

And in that moment I realized we’d made history with this songbook. It is a valuable product worthy of existing for the composers of the music. As Deborah Katchko-Gray said, “I’ve always been so proud and amazed at the wealth of talent in our Women Cantors’ Network. This songbook shares a taste of the creativity, heart, and soul of the WCN.” For me, working with Emily and Anita, who are mensches (people of integrity and honor), I was inspired by their professionalism, care, and kindness as we worked with the composers. My heart is full, knowing that these songs now have light shining on them and may find their way out into the world to be sung and heard. And by making this songbook, the only women-composed collection I know of, we have turned kol isha into Kol Isha, from a whisper to the beautiful, uplifting, important sound of a woman’s voice.

The concert program continued with a flow of songs performed by the composers, often with colleagues adding instrumentation and harmonies, and the variety of styles and content was fascinating. Included in the program was the world premiere of a work commissioned by the WCN. This was the introduction for that piece:

This year, WCN member Anita Schubert was commissioned to compose a new choral setting of Psalm 96, “Shiru Ladonai, Sing to God a New Song.” Oh, yes: new songs. Jewish music continually evolves, influenced by time, place, culture, and musical styles. We are instructed to seek ways to appreciate our Jewish journey, our relationship to God, and the world we live in with new songs. With each new song, we are renewed.

My concluding remarks, edited here for relevance, went something like this:

We send you out with a declaration, combining the treasured Hebrew phrases “L’dor vador” and “Shiru Ladonai”: from generation to generation, we sing a new song to God. May kol isha ring with joy in your ears and in your hearts.

This songbook became much more than the beautiful book that sits on my piano, which I will use in the worship services I lead at my congregation. I see the colorful cover designed by a talented, Jewish woman artist named Joanne Fink, with the big bold title Kol Isha, and I am grateful, so grateful, to be a part of this historic shift.

The Women Cantors’ Network was founded in 1982 by Cantor Deborah Katchko-Gray as a resource for women cantors who were not accepted in most professional cantorial organizations of the time. The WCN now has an international membership of more than 200 from all denominations of Judaism. The WCN serves as a forum for discussing practical issues for women in the cantorate; offers support by sharing professional knowledge and experiences in a nurturing environment; provides continuing education related to Jewish music; holds an engaging, affordable annual conference with participants from around the world; and commissions new Jewish music for women’s voices.

Order the songbook from the Women Cantors’ Network. 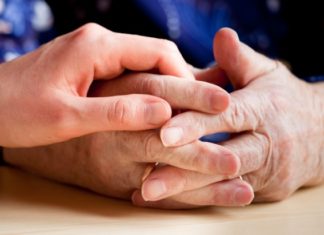 Louise Davis
I looked into the eyes of this most precious granddaughter, and thought about what she knows of my life. The secure home away from home my life partner and I provide for her. The loving, caring relationship she witnesses. She loves my partner, her “Mormor,” and understands about the daily commitment I have to Mormor’s mother who lives 10 minutes from us.