Home Reta's Reflections Levitical Laws:  “Thou shalt not”. . . But why not? 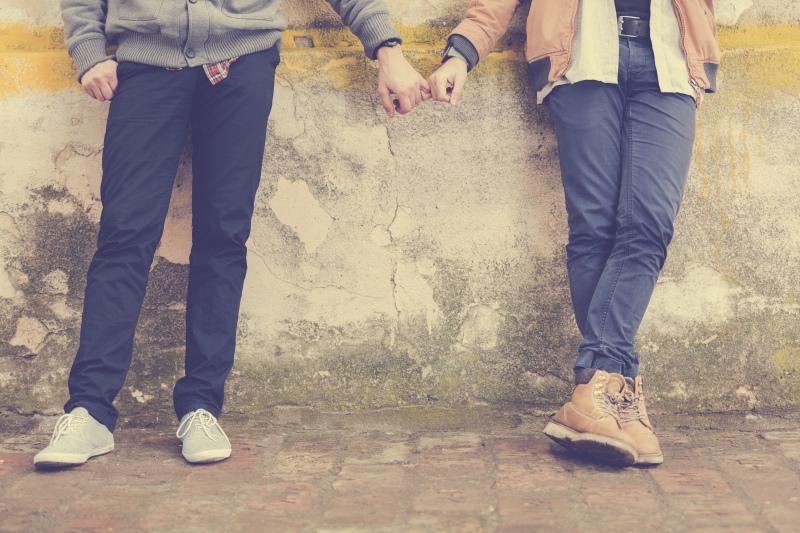 Leviticus 18:22—You shall not lie with a male as with a woman; it is an abomination.

Leviticus 20:13—If a man lies with a male as with a woman, both of them have committed an abomination; they shall be put to death; their blood is upon them (NRSV).

If you grew up Methodist or hung around with Methodists, you probably learned about the Wesleyan Quadrilateral as a way to help Christians arrive at ethical conclusions. What are some things we need to consider in moral decision making?  Imagine a square, with each of the four sides representing one component of deliberation: Scripture (as revelation), Tradition, Reason, and Experience.  As Christians today debate LGBTQ issues, they weight these elements in different ways. Conservative believers rely more on Scripture and tradition, while progressives stress experience. (And too often reason flies out the window!)

Starting with one side of the Quadrilateral, Scripture, this lesson will examine the two legal references quoted above from the Hebrew Bible which refer to male-on-male sex. We’ll discuss the narrative material in Genesis 19:1-29 and Judges 19:22-24 next time.

Help from an expert

There is no better guide for helping us understand and interpret these texts in their historical contexts than Dr. Phyllis Bird, my former professor of Hebrew. Immersed in the languages and cultures of the Old Testament and the ancient Middle East, Dr. Bird also excels in feminist hermeneutics. I will be drawing on her essay, “The Bible in Christian Ethical Deliberation Concerning Homosexuality: Old Testament Contributions,” from her recent volume, Faith, Feminism, and the Forum of Scripture: Essays on Biblical Theology and Hermeneutics (Cascade Books, 2015, pp. 127-162).*

But although Bird focuses on the “scripture” side of the Quadrilateral, she does not separate it from tradition, reason, and experience. God’s revelation, she says, is not a divine oracle dropping out of the sky. It comes to us through the very human processes of tradition interacting with experience and reason!

Before we get to Bird’s analysis, here’s what can we learn just by reading these short lines in Leviticus. First, this Hebrew law clearly forbids male-on-male sex and calls it an “abomination”—which Dictionary.com defines as “a vile, shameful, or detestable action.” Second, both participants in the act shall be put to death in 20:13, but the text never explains why the severe punishment or why the act is so despicable. No allowances are made if the penetrated male is a child or rape victim. Third, the law in 18:22 is addressed to “you”—Hebrew men. Women are neither addressed nor mentioned, so lesbian sex is not an issue.

These verses, says Bird, belong to the larger collection of biblical laws known as the Holiness Code (Leviticus chapters 17 through 26). This code was put in its final form during the Judean Exile in Babylon (589-530 BCE), although some laws go back to much earlier times. Leviticus 18 focuses entirely on forbidden sexual behavior and is set in Israel’s wilderness wanderings 600 years earlier. Moses warns the Israelites not to follow the practices of the Egyptians where they had lived, nor of the Canaanites occupying their new land (vv. 1-2, 24-30). Thus, by the time of the Exile in the 6th century BCE, much older customs were now being presented as divine law (Faith, pp. 134-35).

But why is male-on-male sex (and many other sex acts in Leviticus 18) so abominable? Bird notes two ways in which ancient logic differs from the way we modern Americans reason today. First, the reason these sexual acts are forbidden relates to ritual purity rather than ethics. “They defile, and therefore endanger the community” (p. 135). Ritual purity may be more easily understood if we note that sex with a menstruating woman or offering one’s offspring to Molech (a foreign god) is prohibited in the same paragraph (18:19, 21 ). Don’t be like those pagan Canaanites! Or, in their new context as captives of the Babylonians, these Judean editors were saying, in essence, God punished us because we acted like the idolatrous nations living around us, and now we must not behave like the Babylonians!

The second way ancient logic differs from ours is that today we would not accept the process by which specific purity customs from former times become divine law. Rather, we live in a society where, if laws become obsolete or are deemed unjust, they can be changed to fit current circumstances. (Think, for example, of former U.S. laws against interracial marriage.)

The Hebrew word for “abomination” is tô ēbâ and means something is “taboo” or incompatible with the worship of Yahweh. It is used primarily in cultic (priestly) contexts. Rather than an ethical term, it denotes boundary marking. “In its basic sense of taboo,” comments Bird, “it describes a feeling of abhorrence or revulsion that requires or admits no rational explanation” (p 137). (Likewise, some people today are revolted by the newly-popular practice of eating fried insects.)

The literary context of Leviticus 20:13 is slightly different. This male-on-male sexual prohibition in chapter 20 is part of verses 10-21 that deal with sexual offenses that have wider ethical implications than does the immediate context of Leviticus 18:22, where the emphasis is on defilement and ritual purity (don’t be like other peoples).  Chapter 20 goes further, Bird points out.  The male-on-male sexual prohibition there occurs in a section listing offenses that “violate a neighbor’s or kinsman’s honor” and are disruptive of a household and the wider community—and thus more connected to moral behavior. The historical context is a three-generation extended-family household. Any of these sexual behaviors would indeed disrupt the entire household (such as a man having sex with his daughter-in-law in 20:12).

But Bird notes how incomplete are the ethical aspects of these laws when we consider the penalties. In all cases in 20:10-21, both sexual partners are punished the same way, regardless of age or consent. Therefore, ritual purity remains a dominant reason for these prohibitions.

Finally, Bird never lets us forget that Hebrew society was thoroughly patriarchal. Its highest social value was male honor. For one man to engage another free man in a sex act with him as he would with a woman was to dishonor that man and thus threaten the hierarchical order of the whole community. A man initiated; a woman was the receptor, the acted upon. So long as the honor of free males was preserved, what women did with each other was not a threat to the household or community.

1. In your experience, have Leviticus 18:22 or 20:13 ever been used against LGBTQ persons? Can you now explain why they are not relevant to lesbians or gays in committed relationships in today’s world?

2. What problems would Christians with a strictly inerrant view of scripture (see Lesson 4) have with this lesson?

*This essay by Phyllis Bird was earlier published in Homosexuality, Science, and the “Plain Sense” of Scripture, edited by David Balch (Eerdmans, 2000), pp. 142-176.
(back to text)