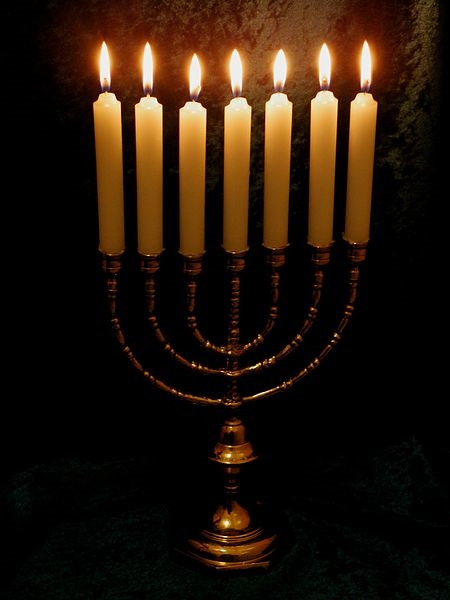 If you were expecting a juicy discussion about Jesus and a woman accused of adultery, hold off until the next lesson. Our most ancient manuscripts lack John 7:53-8:11 or include it elsewhere. It interrupts the setting of the Feast of Booths on the Temple Mount that begins in chapter 7. (More on these textual details next time.)

John 8:12-59 continues the fierce debate between Jesus and his opponents from the last lesson. “The Jews” who oppose Jesus primarily represent the high priests and others operating the temple system at that time—anyone with honor, prestige, and wealth to lose if Jesus’ claims are authentic. In this “courtroom,” Jesus was the defendant in chapter 7, but by 8:31 he is shifting roles to become the judge.

The issue is not new: “who are you and where do you come from?” But the cleavage is deeper. Claiming intimate relationship with God as Father—thus bringing two witnesses to testify (8:18; see Deut 17:6; 19:15)—Jesus insists he is from above and they are from below. They declare they are the never-enslaved children of Abraham, meaning they are not descendants of Ishmael and the slave Hagar (8:33). But Jesus challenges that on the basis of their desire to kill him (40). This makes them children of their father the devil, who was a murderer and liar from the beginning (44). The opponents have two responses: first, he is crazy and must be possessed by a demon (48). Finally, when Jesus claims to have existed before Abraham, they pick up stones to kill him (58-59).

Any honest reader should wince at Jesus’ extravagant claims in this chapter. Would any law-observant Jews embrace them and identify their priestly leaders as “of the devil”? Jesus himself expects execution at their hands (8:28).

It may be helpful to read such verbal combat in light of the later persecuted Johannine community. All canonical Gospel authors (except perhaps Luke) integrate their remembrances of Jesus’ life with current experiences of their own believing community. Not only do they anticipate Jesus’ death and resurrection when they write about his earthly life, but their communities have personally experienced the hostility of non-believers. Many scholars think that this Gospel was written after the Jesus-Jews were kicked out of their local synagogues (see 9:34—more on that later). Though deeply Jewish, those who embraced Jesus’ “I AM” claims of oneness with his Father (i.e., 8:12, 48, 52) eventually so provoked other Jews that they were shunned. Reading ancient historiography in this way can help us accept Jesus’ claims as less egocentric than we otherwise might.

Enlightenment from the Festival of Tabernacles

From Lesson 19 we learned that this Festival of Booths, or Tabernacles, derives from the Israelite wilderness journey. Held during Tishrei, the seventh month of the Jewish calendar  (corresponding to September-October in the common calendar), it also celebrated the harvest by praising light and water. It later became connected to temple worship because Solomon’s temple was dedicated at that time (1 Kings 8:2). After the Judean Exile, the prophet Zechariah connects this festival to the apocalyptic entrance of Yahweh’s Messiah into Jerusalem (Zech 9-14). The messianic king triumphantly rides a donkey into the city (9:9). On that day he opens up a fountain of water to cleanse the people of Jerusalem (13:1; 14:8).

In Jesus’ day, the water prophecy was enacted literally at the festival. On each of its seven mornings, a procession went down from the temple to the fountain of Gihon, whose living (running) water poured into the pool of Siloam. A priest filled a golden pitcher with water and the crowd would chant, “With joy you will draw water from the wells of salvation” (Isa. 12:3). Then they processed through the Water Gate up to the temple, waving branches and citrus fruit, while the priest poured the water over the altar.

The Festival of Tabernacles (or Booths) also emphasizes light. In Exodus 13:21, the pillar of fire guided the Israelites through nights in the desert. The inter-testamental Wisdom of Solomon associates this pillar of fire with the “light of the law” (18:3-4). The same writing identifies Lady Wisdom in 7:26 as a “reflection of eternal light.” Just before his reference to living water, Zechariah declares in 14:7, “There shall be continuous day,…for at evening time there shall be light.” As the Tabernacle ceremonies had developed by this time, on the first night (and perhaps other nights as well) there was a ritual lighting of four huge golden candlesticks in the Court of the Women. When they were lit, it was said that all Jerusalem reflected their light.

These rituals lie behind Jesus’ proclamation of himself as the Water of Life in John 7:37-39 and the Light of the World in 8:12. As light, Jesus claims not only to replace the law but to physically represent Lady Wisdom herself (see Lesson 2). As living water, his Spirit fulfills Zechariah’s prophecy of cleansing Jerusalem on that great “day of the Lord.”

In this context, is it any wonder that those who know their scriptures and profit by them challenge this usurper and threaten to kill him?

1. As you read through John 8:12-58, identify Johannine examples of above and below, misunderstanding, and irony.

2. Do you think John 7-8 represents verbatim what Jesus said in this context? Why or why not?

3. What does Jesus as Living Water or Light of the World mean to you?