Home Book Reviews Love Is an Orientation: Elevating the Conversation with the Gay Community 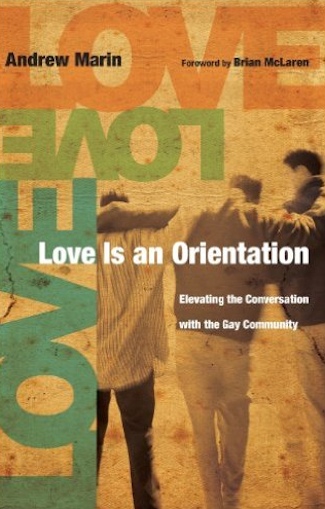 You may have heard about Andrew Marin recently.  He made headlines by leading a group of Christians to the Chicago Pride celebration in order to apologize to the GLBT community for the way they’ve been treated by the church.  They wore t-shirts that said “I’m Sorry” and held up signs saying “I’m sorry for how the church has hurt you.”  They were warmly received.  There is a widely published photo of a young gay man wearing only his underpants who had jumped from a float to hug Marin.

In Love Is an Orientation, Andrew Marin, founder of the Marin Foundation and loveisanorientation.org, tells the story of how he was once a “Bible banging homophobe,” the result of the evangelical, heterosexist culture in which he was raised.  That was, until the summer after his first year of college when all three of his best friends came out to him in three successive months.  Suddenly, a group he had vilified and mocked confronted him in the faces of friends that he’d known and loved for years.

Love Is An Orientation is written for heterosexual Christians who view homosexuality as a sin and is Marin’s account of what he has learned over the last eight years.  It is his challenge to straight Christians everywhere to change the way they approach the gay and lesbian community and to infuse the cross-cultural conversation with love instead of division.

One thing is quite clear, Marin’s heart is in the right place.  He is earnest in his quest to reconcile gay and lesbian people to the church, to teach the church how to begin to heal the wounds that have been festering for years, and to end the divisive language and hurtful way of relating to the GLBT community.

Marin offers straight Christians many practical tools for having conversations with GLBT people, including asking open-ended questions and eliminating common but hurtful rhetoric such as “loving the sinner but hating the sin.”  He also helps the straight Christian reader to understand why this notion is so hurtful.  He says that in the case of gays and lesbians, (sexual) behavior equals identity.  “Hating the sin” isn’t interpreted as hating the sexual acts of a gay or lesbian person; instead it is taken as an attack on the person’s very identity.  I disagree with his definition of identity, but I affirm the ultimate conclusion—that being gay or lesbian is not simply a behavior but is truly part of one’s identity.

This book frustrated me, however.  Much of what he offers as revelatory insight, as well as many of the examples he uses, seem to have the effect of perpetuating stereotypes, not debunking them.   He makes statements that felt very false and left me wondering who, exactly, he had spoken to that would give him such ideas.

For instance, on page 37, Marin writes: “Over the years I have had many gay people tell me that if someone were to take away their sexual behavior, they would be taking away all they are as people” (emphasis mine).

Or on page 67, when he gives an account of meeting with a gay pastor:

“Although I know this pastor does not speak for all gay pastors, he interrupted me and flat-out told me that he intentionally disregards entire sections of the Bible because he believes that they are not correct. . . . He then quickly asked me what I thought about that.  As I was about to answer the question, he not so subtly crossed his legs, folded his arms and sat back in his chair with a smug look on his face.”

My temptation is to refute these unfounded claims and give counter-examples to his stories.  I assume many readers will feel the same way; others won’t know any better.  It’s frustrating to have these erroneous misconceptions applied to me, and it would be satisfying if I could refute all of the misconceptions that surround the traditional Christian perspective on gay and lesbian people.

But gay and lesbian people at Chicago Pride didn’t embrace Marin’s genuine act of apology and love because he had made a solid, reasoned case that Christians are loving and worthy of being forgiven.  No, they embraced him because he showed up and acted on his love for the GLBT community.  If I, as a lesbian Christian, am going to refute the misconceptions of our community, I’ll do it only through action and relationship, not through words and arguments.

Having been part of the conversation surrounding GLBT issues and the church for 10 years now, I was surprised to see the simplicity of Marin’s message.  For those who may feel he doesn’t go far enough, it’s good to remember that many folks in the church have yet to form a real relationship with a gay, lesbian, bisexual, or transgender person; and for them, what Marin is presenting is a brand new conversation.   For such Christians, not having knowingly had any experience with a member of the GLBT community, Marin’s book will be a challenge.  So it is with Marin; because of his genuine desire to help, his candid admissions of his own feelings, and his willingness to listen and learn (including unlearning homophobic attitudes), you have to take the bad with the good. 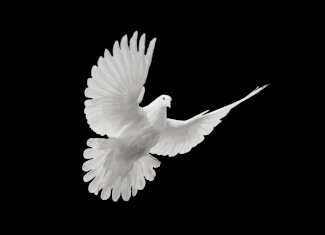 Mark M. Mattison - August 20, 2020
"Unlike the Western Church, which developed a propositional theology using the language of philosophy, Eastern followers of Jesus expressed their theology in the language of poetry – a fundamentally different, holistic approach."

The Adventures of a Small Town Female Pastor (or Why I Left the Parish...

The Making of Biblical Womanhood: How the Subjugation of Women Became...