Home Articles Our Marriage Was Taken from Us

A personal reflection on Marriage Equality written by Rev. Marie M. Fortune in 2009, well before the Supreme Court case that legalized all same-sex marriages in the United States.

I am a pastor in the United Church of Christ and the founder of FaithTrust Institute where I have worked since 1977 to equip churches of any denomination to address violence against women and children. During these thirty-some years, I have encountered some Christians who reject my ministry because I am a lesbian.  When this occurs, I follow Jesus’ instructions to his disciples and sadly shake the dust off my feet, then move on to a village where my ministry is welcomed.

Christian Feminism Today has invited me to reflect on marriage equality as it has affected my own family life.

The current “controversy” about lesbian and gay people seems to be focused particularly on marriage equality.  The fear driving the controversy, as expressed by supporters of Proposition 8 in California, is that changing the law to allow lesbians and gays to marry would be changing the definition of marriage.  This political situation requires much more critical thinking than we generally hear from all quarters.  But in the end, the question of whether the legal privileges and responsibilities of marriage are extended to gays and lesbians is a very personal one.

My partner, Anne, and I have been in love and in life together for over 35 years.  We have both weathered periods of estrangement from our immediate families but are happy to say that we have also found strong support from individual family members.  We covenanted our relationship in 1980 in a celebration in our home, among our friends, and officiated by a Roman Catholic nun.  This was the important event; this is the day we celebrate as our anniversary and remember the promises we made to each other that day.

But then when the opportunity arose in Oregon on April 9, 2004, we drove to Portland to legally marry.  The highlight of that day for me was walking into the Multnomah County Clerk’s office, waiting in line anxiously, and then having the clerk respond to our request for a license with respect and courtesy.  I wept as she handed us our license and wished us well.  We then went to the downtown United Church of Christ and were legally wed, accompanied by a small group of friends.

We chose to wed for two reasons: as a political act and to access the rights and privileges which marriage provides for our relationship.

I would venture to say that no one was harmed by our action that day.  In fact, no heterosexual couple was in the least affected by our marrying each other.  So that is the question: why do non-supporters care about this when it doesn’t affect them in the least?

Three months after our wedding, we got the letter in the mail from the state of Oregon that said in essence, “Sorry, we were only kidding.”  In other words, we were suddenly divorced by the state of Oregon although we were still living in a faithful, committed relationship.  How do the authorities do that?   How do they get to undo a lawful contract without the consent of the parties?  We were shocked and saddened but not really surprised.

The fact that the state divorced us in no way affected our love or commitment.  It was just another reminder that we are legally second class citizens, that we do not deserve the equal protection of the law as a couple.  It is in these moments that anger and sadness well up in me at the sheer stupidity of it all.  Life is hard enough for us all without ignorance, prejudice, and fear piling it on.

Currently, Washington State offers Domestic Partnership Registration, which provides extensive legal rights; and we are registered as domestic partners here.  But that means nothing elsewhere.  In addition, we have spent several thousand dollars to establish our wills and directives to hopefully protect each other and our property in the event of our illnesses or deaths.

What we don’t have—and what all of you who are married do have— is legal access to health care, retirement, and Social Security.  Depending on your arrangements, you have access to spousal benefits.  We don’t have that, and this will significantly affect our finances in old age.  And our lesbian, gay, bisexual, and transgender (LGBT) friends who are parents do not have the marriage-granted protections for their children that heterosexual couples have.

I take marriage very seriously.  I benefited greatly from my parents’ loving and faithful fifty-year marriage.  In my ministry, I have seen the distortion and destruction that can happen in heterosexual marriages.  I believe the decision to marry should not be driven by romance or sex but by a hardheaded choice to join one’s life to another person for the long haul and that this choice should be both blessed by the church and affirmed by the state.

So on the merits:

We all really care about the benefits of marriage to provide stability for society and particularly stability for raising children and caring for our elders.

It is lawful for persons of different faiths to marry even though one’s personal faith is a choice.

It is lawful for persons of different races to marry even though one’s race is not a choice.

So whether you think that being lesbian or gay is a choice or an unchosen disposition, why is sexual orientation a basis for being denied the privileges and responsibilities of marriage?

Finally, on the subject of religion:  the state’s denial of the right of marriage to gays and lesbians is a violation of my First Amendment right to exercise my religion.  You see, my church, the United Church of Christ, a mainline Protestant denomination, not only allows but affirms marriage between two loving, committed adults regardless of gender.

A civil marriage is a legal contract between two adults; this is the business of the state.  A religious marriage is a covenant and a blessing performed within one’s chosen faith tradition.  These are two very different actions, and we should have the right to choose either, both, or neither in terms of how we live in relationship with another person.

I believe we in the U.S. should return to a clear separation of church and state on the issue of marriage.  Clergy should only perform religious marriages based on the teachings of their faith traditions.  Civil authorities should perform civil marriages based on state law.  This would ensure that the state could set a norm based on equality and nondiscrimination before the law (i.e. the Constitution) and not be unduly influenced by a particular religious teaching.  Likewise, faith traditions would be free to bless whatever relationships between adults they choose to and not be limited or challenged by the law.

If you care about us and want to be supportive, talk to your friends and families.  The right to marry matters; it is about justice and fairness.  Try to correct misinformation and fear-based arguments.   And if you would like, give money to the Human Rights Campaign or to a Marriage Equality group in your state. 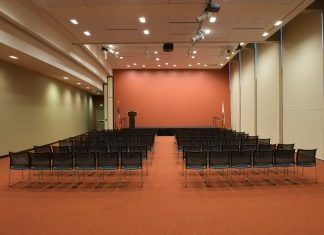 On Being Evangelical and Ecumenical

Anne Linstatter
Some limit use of the word evangelical and call themselves "biblical feminists" or "Christian feminists," as did the women who published Daughters of Sarah.

Calling Her by Name