(In 2016 Westminster John Knox Press published a new, expanded edition of the book.  Page numbers in this review refer to the first edition.) 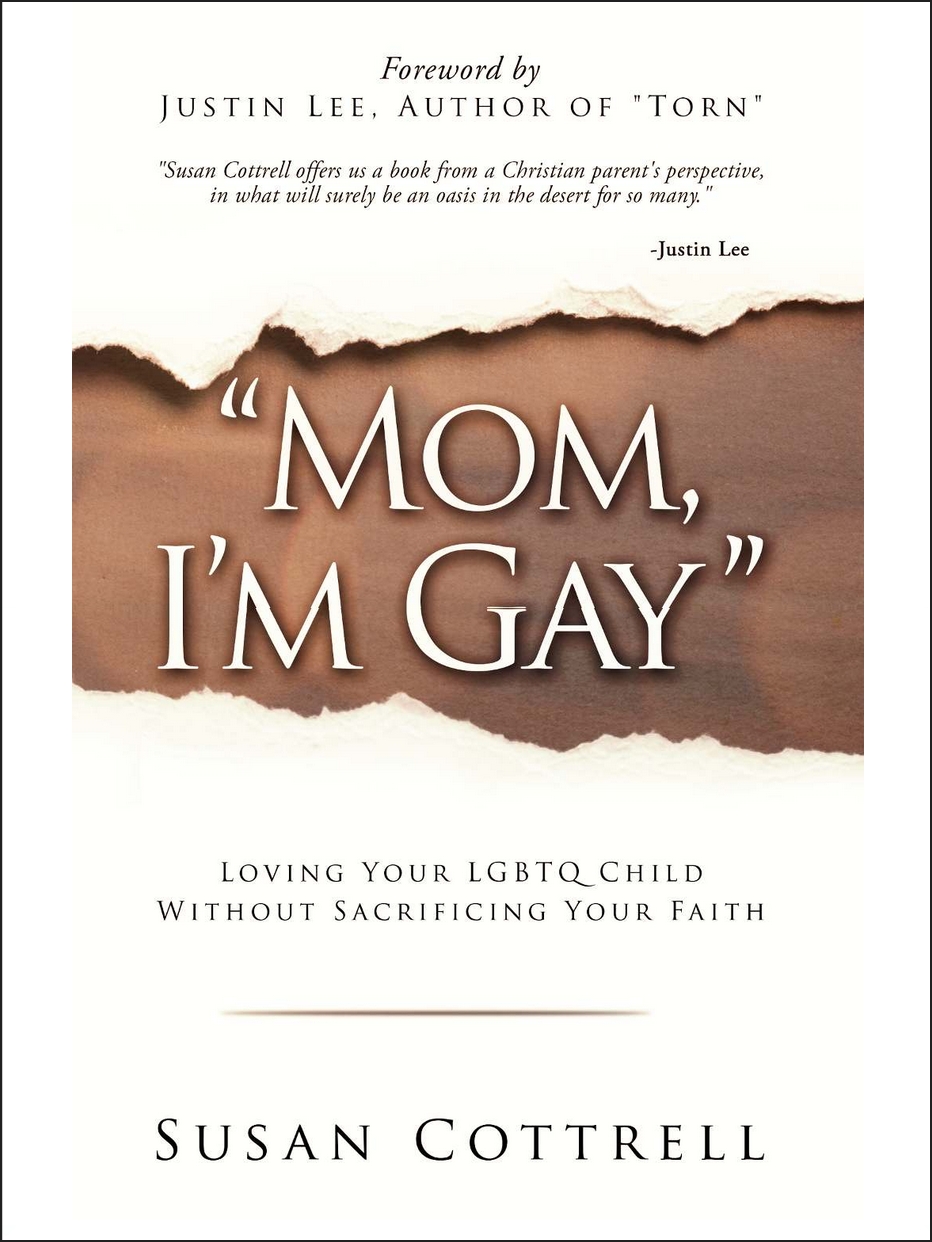 Susan Cottrell is a mother and an author who knows how to define her topic and her audience and then stick to both of them.  Her topic is how to love and support one’s children when they reveal their sexual or gender deviations from the norm, regardless of one’s dogma, ideology, or peer pressure.  Her target audience is Christian parents of children who have trusted them enough to be truthful about their inner discoveries about themselves.

Refusing to get caught up in conflicting arguments, Cottrell handles biblical objection in a few deft sentences: “take those verses that trouble you, along with what you’ve internalized from church, and ask God about it… As I walked through this issue, God addressed my doubts specifically and lovingly, showing me that none of the biblical writers had any concept of a loving same-sex relationship” (p. 27).

Several times Susan Cottrell refers to “a protective mother bear” taking sides with her gay children.  I wonder whether Cottrelll knows that the Bible depicts God as an angry mother bear (II Kings 2:24).  Whether or not, it is a powerful image for the unquestioning zealous support Cottrell believes good parents owe to their children.

Cottrell has done her homework.  She points out that today, 50% of Americans support marriage equality, as opposed to 46% in 2007, and only 27% in 1996.  But regardless of such social change, the parental job remains constant—to support their children’s authenticity. Cottrell even suggest that perhaps God has given certain  parents an LGBTQ child precisely in order “to set you free from the need to please!” (p. 57).

Cottrell points out that training a child “in the way they should go” literally means training them “according to their own particular inclinations—the way that God designed them” (p. 65).  Always, the foundation to build on is Grace, never an absolutistic ideology or concept.

Cottrell reminds her readers of how much sexual standards have shifted through the centuries.  With biblical approval, men formerly married multiple wives and took concubines; and if the story of Adam and Eve is taken literally their children had to have married one another incestuously.  So our current attitudes about sex and gender had better be open and humble—embracing those children who discover they are transgender, or intersexual, or lesbian, gay, bisexual, or simply questioning.

Always, always, Cottrell calls for the Golden Rule.  How would you have wanted your parents to respond if you had to tell them you were gay? Or transgender? Or whatever?  Then respond exactly that way!

More than seventy years ago, when I knew I was lesbian and cowered in fear of discovery by my fundamentalist family, I could not have imagined a book like this one. I was in my thirties when God used my love for my son to show me I was acceptable just as I had been created.  One night I was on my knees pleading with God for healing from my homosexuality, when a still small voice within me startled me with this question, “Virginia, what do you want for your son?”  I answered, “I just want him to be happy.” And the Voice replied, “That’s exactly what I want for you!” So I stood up, stopped asking to be changed, and began to find ways to live joyously within the orientation I had been assigned by my loving Parent.

With books like Cottrell’s, hopefully hundreds of young people will be spared the long fearful alienation I had endured before that liberating moment.  And hundreds of parents will be reassured that their children’s sex or gender orientation is not about them, is certainly not their fault, and provides opportunity to show what unconditional love is all about.