A ViewPoint by Shawna R. B. Atteberry 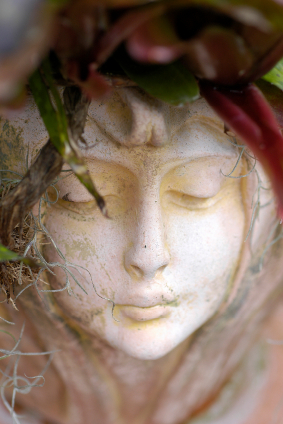 At first glance the Household Codes in Ephesians 5:21—6:9; Colossians 3:18—4:1; and 1 Peter 2:18—3:7 are a striking contrast between the teachings of Jesus and the known teachings of Paul, in that they appear to rein in the mutual submission and egalitarianism of the early Jesus Movement.

The emphasis the Household Codes puts on the importance of the traditional Greco-Roman family is also in stark contrast to the views which Jesus and Paul held regarding the traditional family structure.

Jesus said that anyone who placed the family above him was not worthy to follow him. He called his followers to leave their families and follow him on his itinerant mission around Galilee and Judea. Jesus also said that his mothers, brothers, and sisters were those who obeyed God. He believed the community he was creating was a more important family than the biological families his followers came from.

Paul believed it was better for single Christians to remain single and not get bogged down by the responsibilities of marriage, because he believed that the end of the age was so close. The only mention we have of Paul’s biological family is from the book of Acts, where we find out Paul had a sister and nephew. Paul never mentions his biological family, but never leaves an opportunity to call a Christian believer a brother or sister. It’s obvious which family Paul considered more important: his family in Christ.

So why did this emphasis on the traditional family unit become so important in the later writings of the New Testament? Why did the mutual submission of all believers that Jesus taught appear to get hijacked to reaffirm a tradition family organization that Jesus eschewed?

In the beginning Jesus said: “If anyone wants to be first, they must be last of all and servant of all” (Mark 9:35, unless otherwise cited all Scripture quotations are from the New Testament: Divine Feminine Version [DFV]). Jesus said this in response to the disciples, as they argued over who was the greatest. From the beginning Jesus taught his followers to submit to each other and to serve each other.

There was to be no hierarchy of power: “You know that the rulers of the Gentiles lord it over them, and their great leaders exercise authority over them. It will not be that way among you, but whoever wants to become great among you will be your servant. Whoever desires to be first among you will be your bondservant, even as the Son of Woman came not to be served but to serve, and to give his life to liberate many” (Matthew 20:25-28). Paul’s incredible vision of the egalitarianism of the early church hit its zenith in Galatians 3:28: “There is no longer Jew nor Greek, no longer bondservant nor free, no longer male and female, because you are all one in Christ Jesus.”

But something changed a few decades later that made the early church start to rein in the mutual submission and egalitarianism of its Savior and the teachings of its foremost apostle. What was it? The simple answer is that Jesus did not return. The early church expected the second coming of Jesus to happen in its first generation: in the lifetime of the first believers. When the end is right around the corner, it is easy to live in a counter cultural movement so opposed to the world around you.

But what happens when the end hasn’t come, and the second and third generations still have to live in the patriarchal world of the Greco-Roman household? If you want your movement to survive, then that means you have to grow and adapt. This is what the writers of Ephesians, Colossians, and 1 Peter did: they adapted the worldview they inherited from Jesus and Paul, so that the early church could survive until the second coming did happen.

As the early church became more Gentile and less Jewish, the Christian house churches started coming under the scrutiny of their neighbors. Rome believed that the empire’s peaceful and stable condition depended upon the peaceful stable conditions of the families within the empire. Roman authorities did not like anything that caused unrest or civil disobedience within its homes. So when a sect out of a backwater, rebellious nation began converting women, children, and slaves to its religion and began telling those women, children, and slaves they were equal to the paterfamilias—the head of the household—because all were one in Christ, the authorities were not happy.

Roman households were more complex than the modern nuclear family. The oldest man, the paterfamilias, literally owned everyone in his household: wife (or wives), children, slaves, and any artisans or scholars that were attached to his household. They belonged to him. Children were not free simply because they came of age. As long as the paterfamilias lived, all living children were controlled by him.

We need to remember that the commands to children to obey their fathers or parents in the Household Codes were not only for children who were minors. They were also meant for adult children with their own families. We also should not assume that the head of the household was a Christian. Yes, there were Christian paterfamilias as the commands to them make clear, but the majority of women and slaves who heard these letters read were probably members in pagan households, and they needed to survive in those households.

They survived in those households and made sure their own households survived by taking the Greco-Roman Household Codes already set up for how families should be run and combined them with Jesus’ command that they submit and serve one another. Instead of giving the paterfamilias complete control over his household, his sovereignty was tempered by the commands to love his wife (or wives) and not exasperate his children. He was told to treat his slaves kindly because he too had a master in heaven.

Yes, his wife should submit to him and his children and slaves were to obey him, but he was not to lord it over them like a dictator. He was to treat them as equals in Christ. By doing this, the church could appear to be conforming with the Roman-Greco Household Codes while still remaining faithful to Jesus’ commands for mutual submission.

This is why I do not think that the Household Codes are meant to be set in stone for all time. The early church developed these codes because of the situation they were living in, so their faith could survive. The codes were written for that particular time and place for those particular Christians.

This makes me wonder: what does mutual submission look like for me, in my 21st century middle class, American context? In a society where might makes right, and where those in power cling to their power regardless of the cost, how should Christians be living in mutual submission to show a different way to live in our world?

I think we do ourselves a disservice if we simply fall back to the New Testament Household Codes and say that’s the way it should be. That set of Household Codes won’t work in this time and place, but what Household Codes will? One where children see parents sharing power and not insisting on having their own way all the time? One where couples decide that a smaller house and fewer things is the way to go, because neither one wants to spend that much time at work and they’d rather spend more time together? A code that encourages workers to take their vacation time instead of being workaholics?

Yes, it’s much easier to just fall back to Ephesians 5 and say let’s do this! The Bible says it, so it’s good enough for me! But does that convey a contemporary Christian message of mutual submission? Or is it just a cop-out, so we don’t have to do the hard work of figuring out how to be Christians in this time and this place? I don’t have the answers, and honestly, I believe it’s a question that needs to be worked out in our faith communities.

There are certainly no easy answers. But I feel we need to wrestle the concept, just as those communities in Ephesus and Colossae wrestled with it. I pray that we come up with a response that is just as relevant and faithful for our world today as their Household Codes were for them, and their world, back then.

What is the essential teaching of Christian feminism?