Home Articles My Son, My Protector

Raising a Son with Feminist Values 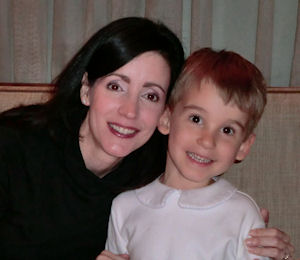 While having lunch one day with my friend, we were talking about the various ups and downs of being married, how our kids were doing, and life in general. Suddenly I blurted out, “My son is going to be a man and there is nothing I can do to stop it!” I was disheartened by that thought. My friend said, “Yes, he is, and you won’t be able to change it.”

But my fear is that he will grow up to be a man that looks down on women as being weaker and less capable and in need of protection. Or that a woman’s only value is to understand and serve the needs of her spouse.

My son’s name is Scott, and he is four years old. You might be thinking, “Well what is the worry?” or “He is so young; you have years to influence him.” However, at times, I really wonder how much influence I have on him. Other influences are all around him.

I do talk to Scott about God in male and female terms. He has a pink fairy book. His favorite stuffed animal is a pink dog. He watches cartoons that have strong male and female leaders. I have never once said, “Girls only do such and such and boys only do this and that.” While he does have five million cars, dump trucks, and backhoes, that is what he has chosen to like, not what I have pushed upon him.

So, I thought I was not doing too badly. Then not too long ago, I was watching my son at play. He was fighting some imaginary fiend with his toy sword when he glanced over at me and told me not to worry because he would protect me. I was instantly dismayed. Had he bought into gender role stereotypes? Did he think I was weak and fragile? Had he heard that girls and women are incapable of taking care of themselves? I told him I didn’t need him to protect me. And he said, “Yes, I do need to protect you, Mommy.” It was clear that he thought of himself as the brave hero and me as the one in need of rescue from danger.

Fast forward a couple of weeks. My son tells me that we need to be quiet because the abominable snowman is in the house. Then he states that he will protect me. Again, I tell him that I don’t need him to (the same story as before).

Then I ask him, “Are you going to protect Daddy too?”

Ugh. Did I mention that I can’t stop him from becoming a man?

After this incident, I start to ponder how I can help my son grow into a responsible man who also recognizes women as capable and autonomous individuals as well. I take a closer look at him. Scott only has a couple of stuffed animals. One is a white and blue bunny he named, “Precious.” The other is the pink dog named, “Pinkie.” They are super soft and cuddly, and they both happen to be girls. How do I know? Scott decided they were both girls. When I asked him why they are girls, he said, “Mom, because they are,” in a manner of how stupid could I be for asking such a question. Couldn’t I see they were girls?

Is it because they are soft and cuddly? Okay, one is pink, and even at that age boys know that girls’ stuff comes in pink and boys’ stuff comes in blue. But, wait, one of his animals is blue!  Dismay.

I have read what some other mothers have thought or gone through in their quest to raise their sons in a more gender-neutral way. I am not encouraged. Stephanie May in her article, “Mothers and Sons: Feminist Parenting and the Conundrums of Raising Males” states that her once “tom-girl” son arrived in teenage land definitely wanting to put his “blurred gendered binaries” behind him ( Feminist Studies in Religion, online post, January 28, 2012).  And she quotes Judith Plaskow, who points out that parents are not the only or perhaps even the main agents of their children’s socialization. Through the media, through their peers, through toy displays in stores, through adults they observe, and in so many other ways, our children are constantly receiving messages from the social and cultural systems all around them. And those messages are often what Stephanie May calls “gender-coded.”

So, where does that leave me?

I am at least grateful that children are the world’s best imitators. If I am upset, Scott gets upset. If I smile, he smiles. I have certain sayings, and sometimes to my horror (or bemusement), Scott repeats them. So I figure if I try my best to be respectful and tolerant of others and show this is not a matter of gender but of treating all people as human beings created in God’s image then maybe my son will imitate that as well. If I try to lift up those who are broken or hurting, it doesn’t mean I see them as weak or inferior but rather I offer to help because I recognize that I too might at some time be in a situation where I need such help or comfort. Again, it’s not dependent on one’s gender.

Sometimes I think the focus isn’t so much on trying to “make” Scott into something as it is that I just need to be the best human being I can be so he can be the same. So while I still cringe as my son, “my protector,” saves me from ghosts and the abominable snowman, and I wonder what gender-coding might be operating in his mind, I am still proud when I see him stop to help his friends who are crying —or I remember how upset he got when he realized for the first time that not all kids get food when they are hungry.

In the end, what I hope and pray for my son is that he will grow up to love God, others, and himself in a healthy and respectful way. I also pray that Scott will live out the fruits of the Spirit and be full of love, joy, peace, patience, kindness, goodness, gentleness, faithfulness and self control. And, in the end, if Scott loves others by living out the fruits of the Spirit, qualities to be cultivated in both males and females, then the world will be a better place indeed. 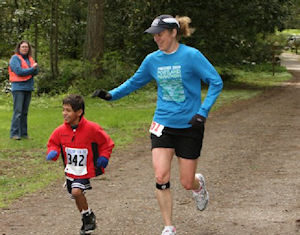 My Advice to Newly-Minted Feminists/Womanists/Mujeristas