The application window is closed.

Christian Feminism Today (formerly known as the Evangelical and Ecumenical Women’s Caucus) offers a $1,000 scholarship to a college senior or graduate student who is pursuing studies in religion or theology. The scholarship is awarded to a student who aspires to exemplify the values and achievements of Nancy A. Hardesty, a founding member of the Christian Feminism Today organization. The application window for the 2023 award will open in January of 2023. Applications must be received by April 30, 2023.

Hardesty spent much of her career in higher education. From 1988 to her death in 2011, Hardesty taught in the Department of Religion and Philosophy at Clemson University in South Carolina. Before arriving at Clemson, Hardesty also taught at Emory University’s Candler School of Theology.

Hardesty’s first book, co-authored with Letha Dawson Scanzoni, was All We’re Meant to Be: Biblical Feminism for Today published in 1974. The ground-breaking book has gone through several editions, and was noted by Christianity Today, in its 50th anniversary issue, as one of the top fifty books influencing the evangelical movement. Hardesty subsequently wrote other books on topics ranging from women in the Bible to inclusive language in the church.

“We owe much to Nancy Hardesty for all her contributions to Christian feminism over the years,” Scanzoni said in 2011. “She played a major role in setting the stage for the 1974 founding of our organization…”

Learn about past scholarship recipients:

These were the 2022 scholarship requirements.

1.  Applicant must be a senior in college, a graduate student studying religion or theology, or must be attending seminary/divinity school.

2.  Applicant must be planning to attend a university or seminary in the US or Canada during the fall 2023 semester.

3.  Applicant must submit all the following:

a. Three letters of reference, with at least one letter from a professor.  Make sure accurate contact information is included!

b. A current transcript.

The deadline for submitting applications is April 30.
Recipient will be notified by June 5.
Check will be sent to the recipient’s school in August.

All requested materials should be scanned and emailed to office [at] eewc [dot] com.  If you are unable to scan and email your submission, materials may be mailed to:

Articles by Nancy A. Hardesty 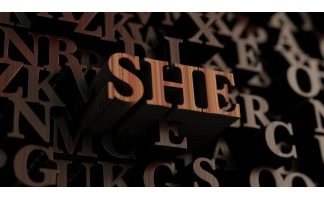 Nancy A. Hardesty - December 17, 2012
The more controversial issue is language about God – the capital “He.” Some people seem to be convinced that God really is male. Many of these are the same people who answer, “God made man is His image” and assume that is, in some way, a literal statement.

Ruth, A Portrait: The Story of Ruth Bell Graham

Holy Boldness: Women Preachers’ Autobiographies and the Sanctified Self

10 Lies the Church Tells Women: How the Bible Has Been...

Blessed the Waters That Rise and Fall to Rise Again

Two Tributes to the Strength of Women’s Friendships

Anticancer: A New Way of Life

An Altar in the World

Some Thoughts on Living and Dying

Reviews of Hardesty's Books on CFT

Women Called to Witness: Evangelical Feminism in the Nineteenth Century

Alena Amato Ruggerio - June 1, 2000
Women Called to Witness suggests that the American women who led the battles over temperance, female ordination, abolition, and woman suffrage in the 1800s were motivated by their evangelical Christian faith. In the Second Great Awakening revivals, which touched the lives of each of these female crusaders,

Faith Cure: Divine Healing in the Holiness and Pentecostal Movements

Rebecca Laird - January 23, 2012
It's amazing to see how our own times' distrust of conventional allopathic medicine and the interest in alternative medicines mirrors a powerful movement of the previous century that looked for healing methods apart from drugs or doctors.