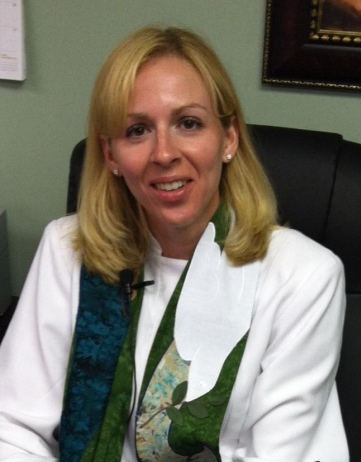 The third annual Nancy A. Hardesty Memorial Scholarship, sponsored by EEWC-Christian Feminism Today, has been awarded to the Rev. Darcy L. Metcalfe, who will begin doctoral studies this fall at the University of Iowa.

The Rev. Ms. Metcalfe, who currently serves as Solo-Pastor at First Presbyterian Church, Perrysburg, OH, grew up in Peru, IN. She holds a Master of Arts in Theology, as well as a Masters of Divinity from Louisville Presbyterian Theological Seminary. At the University of Iowa, she plans to study the history of religious movements in the United States through the lens of feminist legal theory.

Prior to her ministry at First Presbyterian in Perrysburg, she worked as a Youth Director in another Presbyterian church. Here she met a woman pastor for the first time and recalls, “This was a complete anomaly to me, like Big Foot or the Loch Ness monster.”

“It was in the PC(USA),” she continues, “that I was first introduced to God-expansive and gender-inclusive language. [Here] I became president of a local outreach group through the church that offered free counseling and medical services for women survivors of violence in our community. And in 2008, I became a member of a national gender-justice research and advisory group in the PC(USA), the Advocacy Committee for Women’s Concerns.” 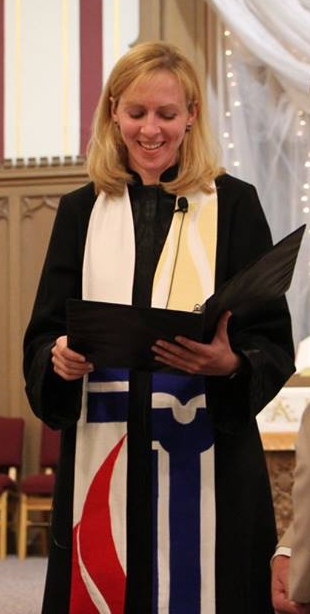 In addition to her on-going work on the Advocacy Committee, the Rev. Ms. Metcalfe also serves on a Child and Youth Task Force drafting a national child/youth/vulnerable adult protection policy for the PC(USA).  She has also served as an advocate with the NGO Ecumenical Women at the United Nations 59th Commission on the Status of Women, has specific interest in studying international treaties such as the Convention on the Elimination of all Forms of Discrimination Against Women (CEDAW), and advocates for national legislation efforts such as the Violence Against Women Act (VAWA) and a federal Equal Rights Amendment.

Her areas of research interest include the abuse-to-prison “pipeline” in relation to women, laws related to rape and domestic violence, and laws related to the trafficking of female persons or “prostitution.” She aspires to write, as well as to mentor young women.

“I am quite aware,” she adds, “that I walk in the footsteps of many incredible, strong-hearted, fiercely brilliant women who came before me—women like Nancy A. Hardesty. My desire is to leave that same type of inspiration and spirit for the next generation of women advocates, women of faith, and women scholars.”

The Nancy A. Hardesty Memorial Scholarship is awarded to a student who aspires to exemplify the values and achievements of Nancy A. Hardesty, a founding member of the EEWC-Christian Feminism Today organization. The purpose of the $1,000 scholarship, awarded every June, is to help a student who wants to be in a leadership role that supports and promotes Christian feminism.

Nancy A. Hardesty (1941-2011) was a founding member of the Evangelical Women’s Caucus, which, over the past 43 years, has grown into EEWC-Christian Feminism Today. Until her death, Dr. Hardesty was a professor of religion in the Department of Philosophy and Religion at Clemson University, in Clemson, SC. Previously, she had taught English and writing at Trinity College in Deerfield, IL, and had worked on the editorial staffs of Eternity magazine and The Christian Century.

Ms. Hardesty’s first book, co-authored with Letha Dawson Scanzoni, was All We’re Meant to Be: A Biblical Approach to Women’s Liberation. Originally published in 1974, the book has gone through several editions and has influenced countless Christian feminists from evangelicals, to mainline Protestants, to Roman Catholics. In 2006, Christianity Today magazine ranked All We’re Meant to Be among the top fifty books that had influenced the evangelical Christian movement over half a century.

Nancy A. Hardesty was born in Lima, OH, and earned her Bachelor of Arts degree from Wheaton College in Wheaton, IL. She went on to earn a master’s degree in newspaper journalism from the Medill School of Journalism at Northwestern University in Evanston, IL, and the Ph.D. in the history of Christianity at the University of Chicago.

Her dissertation, “Your Daughters Shall Prophesy”: Revivalism and Feminism in the Age of Finney, was published by Carlson Publishing in 1991.