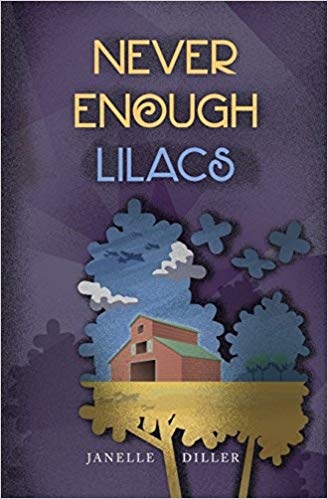 In her latest novel, Never Enough Lilacs, author Janelle Diller’s compelling characters delve into the tragic realities of sexual violence and war in the third and final installation of the award-winning Never Enough trilogy. The book is at once uplifting, tear-jerking, and thought-provoking; and though it is a work of historical fiction, the topics it addresses could not be more timely to the issues we are facing in the church and broader society today.

Cat Peters, the first-person narrator and protagonist, is coming of age against the backdrop of the Great Depression and World War II, and she singlehandedly makes the series. She has all the intelligence and grit of a classic female character like Nancy Drew, yet the ghosts and demons she fights are anything but imaginary. In Never Enough Lilacs, Cat struggles with the demon of the destruction and aftermath of sexual abuse that touched her own life and many young women’s lives in her small Kansan Mennonite community (as portrayed in novel number two, Never Enough Flamingoes). As Cat struggles to figure out how to understand the darkness of abuse and how to support her friend whose life is in a tailspin because of it, she wrestles with questions like: What does the perpetrator’s family owe to the victim of abuse? Does that change when the criminal events occurred many years in the past? And what is the victim’s responsibility in her own healing and forgiveness process, so that the demon of her sexual abuse does not destroy the rest of her life? Never Enough Lilacs shows a vision of forgiveness—costly forgiveness that makes demands on both the victim and perpetrator’s lives—that is both difficult and believable.

The second major demon that protagonist Cat confronts is the destruction and aftermath of war. Cat’s brother and family lawyer-turned-love-interest both are fighting overseas in World War II for most of the novel, a fact that is hell for both Cat’s mother and for many in their Mennonite community (who are part of the peace church tradition and therefore opposed to participating in the violence of war). The book wrestles with the tension of what it’s like to love someone who is doing something that you profoundly disagree with and that is likely to hurt—or even destroy—them. And it doesn’t provide easy answers. For instance, in deciding whether or not to donate tin to the war effort, Cat’s internal monologue is rich. “My conscience told me killing was wrong, but two of the lives I cared most about might be saved with that extra tin can, lipstick tube, or razor blade.” So, while she never abandons her Mennonite convictions that emphasize nonviolence, she realizes there is often nuance in moral choices: “If a straight line takes you to an unequivocal black or white truth, you probably haven’t thought about it enough” (16).

Never Enough Lilacs is suspenseful and tear-jerking at points yet somehow does not become overly depressing while dealing with such weighty topics as sexual abuse and war. It’s a testament to Diller’s writing that her narrator’s thoughtful voice and the humor strewn about the pages are enough to keep buoyancy in what could be a too-heavy, depressing narrative.

This book could not be more timely. As women who have been abused in our country find their voices in the #metoo era, this book is one answer to the post-victimhood question of “what now?” And as the United States has continued to wage war in Iraq for 15 years now (along with war in six other countries), this novel reads less like historical fiction and more like a way to process the destruction that war wages on bodies on and off the battlefield. Never Enough Lilacs names and displays collective suffering but not without suggesting some ways forward.

Perhaps we could find a way forward even more easily if this wasn’t slated to be the series’ final book. Another one, perhaps, Diller? 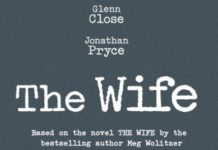 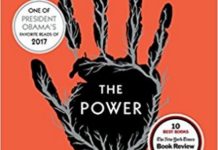 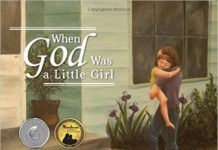 When God Was a Little Girl 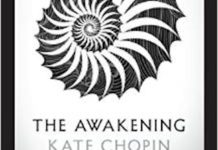