Evolution: Yours, Mine, and the Planet’s 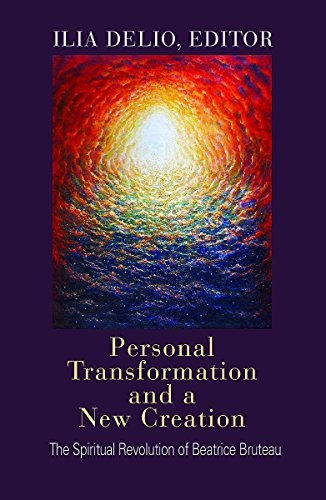 This book is not easy reading, but it is exceedingly worthwhile for anyone who wants to understand “the deep mystical spirit nurtured by Catholic Christianity and Vedantic Hinduism” – and also for anyone who yearns to be “free from the constraints of the ego in order to plunge into the mystery of God” (pp. 1, 2).  Ten scholars contribute essays that probe the insights of Pierre Teilhard de Chardin (1881-1955) and Beatrice Bruteau (1930-2014).  Teilhard gave us a grand vision of Christ as the Omega Point of cosmic evolution, while Bruteau emphasized humanity’s role in evolution, moving from the self-separate consciousness to a whole self that is “intimately intertwined with other humans and the entire cosmos” in an “interspiritual convergeance” (pp. 2, 3).  We will never stop evolving, Bruteau claims, because “divine Love is always creating anew” (p. 6).

Why have so few of us heard of Beatrice Bruteau, including those of us who are fans of de Chardin’s theology and also the insights of Neofeminism?  My guess is that Bruteau was so focused on “Love alone,” and her focus was so community-oriented, that readers forgot about her as an individual (Teilhard de Chardin called Love the only way capable of joining living beings by connecting to others “what is deepest in themselves,” p. 169).

Three scholars provide essays focused on Bruteau as their teacher, mentor, and friend.  John Shea demonstrates that Bruteau saw Jesus as destroying the old model by which He forgives sin.  Instead, for instance, the beloved disciple does not look at Jesus, but leans on His breast, “connecting with him and looking out with him” (p. 175).  Sacred dancer Carla DeSola describes dancing with Bruteau to Jewish folk music, “moving deeper toward her innermost center” and thus “drawing nearer to everybody else’s center” (p. 193), and “using the circle dance to illustrate the Trinity in motion” (p. 195).  And Joshua Tysinger describes Bruteau’s last days and moments of transition at age 84: “With each precious and fragile breath, her radial essence never ceased to illuminate my in most core as I sat and waited” (p. 215).

For those who want to study further, there is a helpful index and a bibliography of the works, collaborations, and interviews of Dr. Beatrice Bruteau as published in English or translation between the early 1970’s and 2005.

What makes the book at times difficult for a general reader?  Mostly it’s the use of neologisms in order to capture Teilhard’s and Bruteau’s concepts.  Sometimes the words are defined, as in the case of spondic energy: spondic is Greek for libation, so spondic energy is the outpouring of ourselves for others.  (Bruteau says, “it is in giving that I am myself,” p. 116).  But sometimes the reader is left to figure out a term’s meaning from its context:  a noosphere is a supreme coreflective consciousness in which the highly evolved mind centers on everything in a hyperreflection, a global consciousness (p. 112).  And Teilhard’s term pantheism is compared to Raimon Panikkar’s term cosmotheandric, Bruteau’s symbolic unity, and Cynthia Bourgeault’s holographic reciprocity in order to describe an interabiding unity and dynamism of the entire cosmic field of action (p. 85).  I could provide other illustrations, but it is more important to stress that any struggle with terminology is rewarded by realization of a new angle from which to view reality.

Throughout the book, many wonderful insights emerge as scholars ponder Bruteau’s contemplative approach to Teilhard de Chardin and the personal transformations that extend the New Creation.  For instance, Dr. Bruteau defines “Christ living in us” as enstasy:  the ecstasy that releases us from all boundaries, causing us to feel lost in another and thus becoming no-thing, a profound outwardness that is also profound inwardness (p. 94).  I remember trying many years ago to describe this enstasy to a rather stupid psychologist, who bawled me out for allowing myself to be “taken.”  A more spiritual psychologist later hypnotized me to get rid of the damage the first “healer” had done.  The lesson here:  beware of describing mystical experiences to ego-bound people!

The Trinity is important in Bruteau’s thinking: “In order for love to flow there must be a minimum of three persons, so that the Self-giving is total, mutual indwelling as one and many” (p. 95).  This “non-dualistic way of seeing” (p. 101) helps to dislocate our culture’s obsession with binaries.  It also illuminates an important difference from the way many people interpret Teilhard’s Omega Point.  According to Bruteau, “Union with the Absolute is the originating principle, not where we end” (p. 103).  That Christ is our Alpha as well as our Omega feels exactly right to me.  To live the contemplative life is to incarnate “transcendent energy” and thus to activate “communion consciousness” (p. 103).

How does human death fit in with the concept of transcendent consciousness?  According to Ilia Delio, O.S.F., a theology professor at Villanova, “Quantum physics helps us realize that death is the collapse of our ‘particle’ aspect of life into the ‘wave’ dimension of our relatedness….”  We constantly invest our future in another:  while alive, that ‘other’ is our future self; when dead, that ‘other’ is you, because my own self is woven into yours….”  We live on in our relationships, and thus we are “continuously created” (p. 126).

Teilhard de Chardin wrote that our age is suffering from an “unsatisfied theism” (p. 139).  So the rise of the feminine is an important movement “in the dark womb of the collective unconscious” (p. 140).  By shifting our concept of the universe as static to “an unfinished universe in the act of becoming,” we gain hope (p. 144).  We see a way forward “to an ultimate evolutionary convergeance of consciousness and love” (p. 145).

Inevitably, the idea of cosmic evolution requires a planetary awareness rather than the pitiful nationalism of Trump’s followers chanting “U.S.A.”  And planetary awareness in turn requires respect for all religious and spiritual traditions.  A Bruteau scholar named Brie Stoner remarks accurately that “If Christianity is to survive, it must become a faith capable of enlivening all people and all religious traditions that seek the deepening and fostering of a global consciousness of love and unity.”  Otherwise, Christianity will “cease to animate humanity altogether” (p. 148).

I am glad to recognize that most of my fellow members in Christian Feminism Today are open to the visions of Teilhard and Bruteau.  But we all need constant guidance concerning how to be effective at incarnating our ever-growing awareness.  This book provides just the sort of help we need.  So here’s to personal transformation!  And to the New Creation! 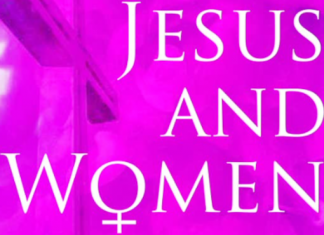