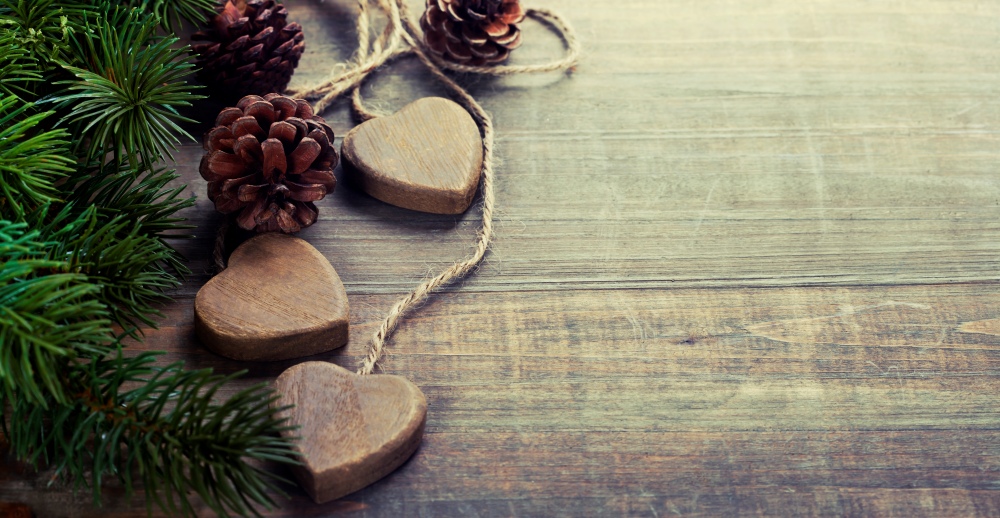 While Reta Halteman Finger, the author of our Reta’s Reflections Bible study blog, is taking some time off to be with family and friends,  we invite you to revisit two of her earlier Christmas reflections. Whether you already read them when they were originally posted or will be reading them now for the first time, you’ll likely learn something new—even if you think there can’t possibly be anything you don’t already know about the familiar accounts of Jesus’s birth as recorded in the Gospels of Matthew and Luke.

In her Bible Study titled, “The Christmas Story—When Tradition Trumps Text,” Reta  says, “Maybe we should worry less about our culture ‘taking Christ out of Christmas’ and more about accurately reading our texts.”  She issues a warning ahead of time to ease the shock as she shows us that “there was no stable, no inn, and no innkeeper.”  What!

You’re likely to look at Luke’s account in a new way when you read her lesson. Yet, I don’t think she’s “spoiling” the Christmas story. Its message is ever true. On the other hand, her approach might make it a bit harder to stage a Sunday school Christmas pageant!

Reta originally wrote this lesson for posting December 24, 2012, just ten days after the Sandy Hook Elementary School shooting. (The fifth anniversary  of this horrendous event has just been commemorated recently.)  Reta called this “our American Massacre of the Innocents” and related it to Herod’s command that all children under two years old in the region around Bethlehem be put to death.  She explains that while others at the time did not record this murderous action by the cruel king, Matthew did write it down, because he valued the lives of the “little ones” and his Gospel repeatedly showed the significance and value of their lives.

Reta’s lesson is filled with insights about when Mary and Joseph traveled to Bethlehem, where they stayed and why, and what the story of the shepherds tells us about the time of Jesus’s birth.  By closely examining the text in the light of customs and cultural traditions of the time, along with explaining the meaning of several of the Greek words, Reta  provides us with a fresh understanding of the Christmas story.

“The Word Becomes Flesh and Lived Among Us”

In a second Christmas lesson, “The Word Becomes Flesh and Lived Among Us” (originally posted December 19, 2013), Reta recounts the impression made on her by an episode of the PBS television program, Nature.  It tells of a naturalist and wildlife artist who lived with a flock of turkeys for a year. The turkeys had been imprinted to think of him as their mother from the time they hatched, and so he lived among them as one of them.  Reta drew upon this true story in explaining the first chapter of John’s Gospel. (See Reta’s further thoughts on that chapter here.)

“So where’s your theology of turkeys?” someone asked me. “Well,” I said, “in a word, it’s ‘incarnation.’ A human becomes a turkey. A man becomes a mother.”  Just so, in the Gospel of John, God becomes human. Mother Jesus takes care of her children. Is it not a profound and wondrous thing that a sentient being should so divest itself of its own nature in order to enter into the lives of a different species?

Reta’s return to the Bible study on Revelation

Reta will return to her continuing series of lessons on Revelation after the first of the year.  Her next lesson will be posted on January 11.  Meanwhile, we hope you’ll enjoy these encore presentations of two studies from past Christmases.  May the information and enrichment they provide add new meaning to your celebration of Christ’s coming into our world. 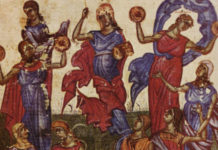 Did Miriam the Prophet Write Down Most of Genesis and the First Part of Exodus? 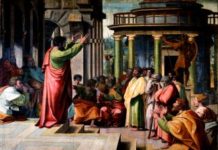