Home ViewPoint Blog Pray For Those Who Murder You 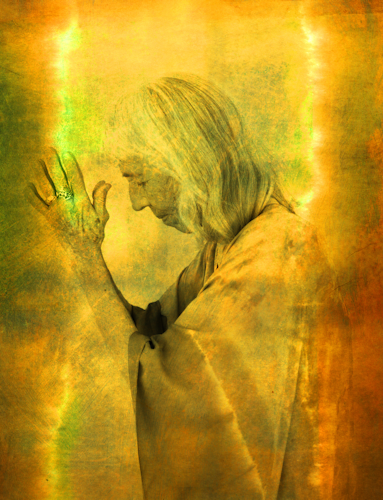 It’s a little counterintuitive, praying for those who murder you.

Two Palestinians entered a synagogue in a quiet West Jerusalem neighborhood in the early morning of November 18, armed with knives, meat cleavers, and a handgun.

When the “Shemah Israel” prayer began—“Hear, O Israel, YHWH our God, YHWH is one. You shall love YHWH your God with all your heart, with all your soul, and with all your might”—they began killing. These words are the core of Judaism, recited in the morning and evening from Deuteronomy 6:4.

Dying nearby was a young Druze policeman whose wife is now alone to care for their four-month-old daughter.

There were no calls for prayer for the attackers killed at the scene.

Actually, his condemnation echoes the words of Hitler, who called Jews “rats” and “subhuman.”

“When people dehumanize others, they actually conceive of them as subhuman creatures,” reports David Livingstone Smith in his 2011 book Less Than Human: Why We Demean, Enslave, and Exterminate Others. This view can then “liberate aggression and exclude the target of aggression from the moral community.”

Jesus warned against dehumanizing others. Don’t say “You fool,” he exhorts in Matthew 5:22.

When he quotes the Shemah, he adds “You shall love your neighbor as yourself” from Leviticus 19:18. But Leviticus specifies only “your own people” as those to whom you owe love. Those in another group are fair game, especially if they don’t worship your god.

Jesus radically expands the group to whom we owe love. When a lawyer asks, “And who is my neighbor?” Jesus focuses on who behaved like a neighbor (Luke 10:29-37).

He throws out the elaborate “life for life, eye for eye, tooth for tooth” system of Exodus 21, Leviticus 24, and Deuteronomy 19 in his Sermon on the Mount.

“Love your enemies and pray for those who persecute you,” he commands instead.

We conveniently ignore these words. Revenge is our intuitive response: wipe out enemies and fight wars if there are good reasons.

How surprising then when someone like Daryl Davis comes along, who in 1983 formed a friendship with three KKK members. As an African-American, he was risking his own life, but over time that friendship dissolved the KKK in Maryland.

How disquieting that Mennonites, Quakers, and a few others have actually taken Jesus at his word, even refusing to take part in World War I and World War II.

Gandhi agreed with Jesus, saying “An eye for an eye makes the whole world blind.”

A partial timeline of the last six months in Israel and Palestine demonstrates the futility of revenge: the June murder of three Israeli teens in the West Bank, followed by the death of a Palestinian teenager, the Gaza massacre, attacks on Jews in Jerusalem, the hanging of a Palestinian bus driver, and this week’s slaughter of the rabbis. Jerusalem is on edge waiting for the next killing.

To end this pattern, Palestinians must have their own nation next to Israel, neither nation vowing to wipe out the other. Yet most Israelis—supported by an editorial in the Wall Street Journal—vow that Palestinians “will never have a homeland as long as they cultivate a society that celebrates murdering the innocent in the name of religion.” All are blamed for the acts of a few.

Extremists on both sides celebrate murdering the innocent. Leaders on both sides condone revenge killing. Hamas lauded the synagogue murders, and last summer most Israelis supported the bombing of civilians in Gaza.

It takes quite a leap to give up the thinking of Us versus Them. We are the good guys, and the other side is evil. We can do anything to them because they are evil.

The flaw in otherness thinking is that I am not completely good; my side is not 100% pure. The others are not subhuman and completely evil. We all live on a continuum.

“I am human,” wrote Publius Terence in about 160 BCE. “There is nothing human that I consider alien from me.” Homo sum, humani nihil a me alienum puto.

Jesus takes it a step further than just calling for an end to the cycles of revenge.

“Love your enemies and pray for those who persecute you,” he says. When he himself was the target, he added, “Forgive them; for they know not what they do” (Luke 23: 34).

Who heard these radical words and copied them down? Who later collected and preserved them?

By the grace of God, we can find testimony today for this minority position against revenge in the words and acts of Jesus, Terence, Gandhi, Daryl Davis, and others.

By binding our hearts to Jesus and his words, we can counter our intuitive responses and lift up even our enemies to the Creator’s loving care.